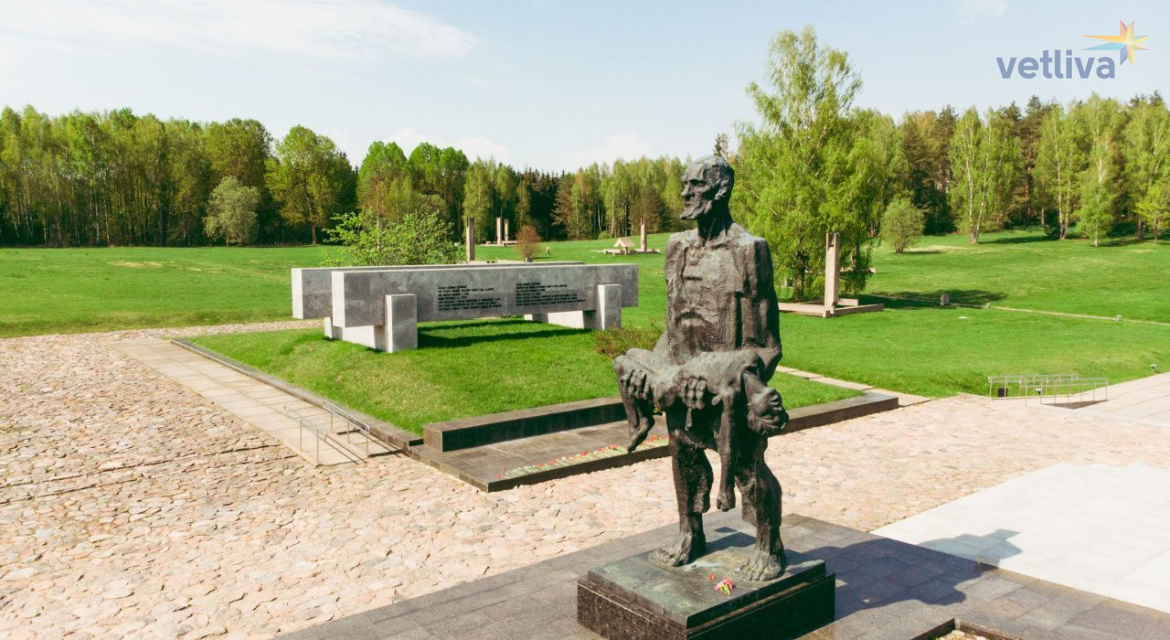 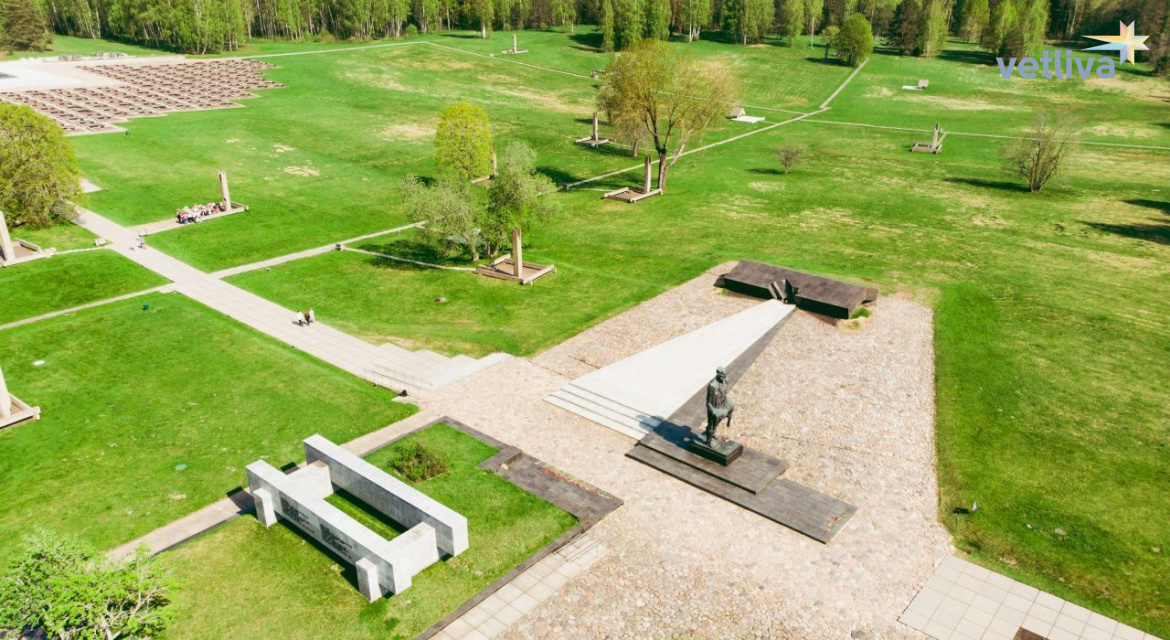 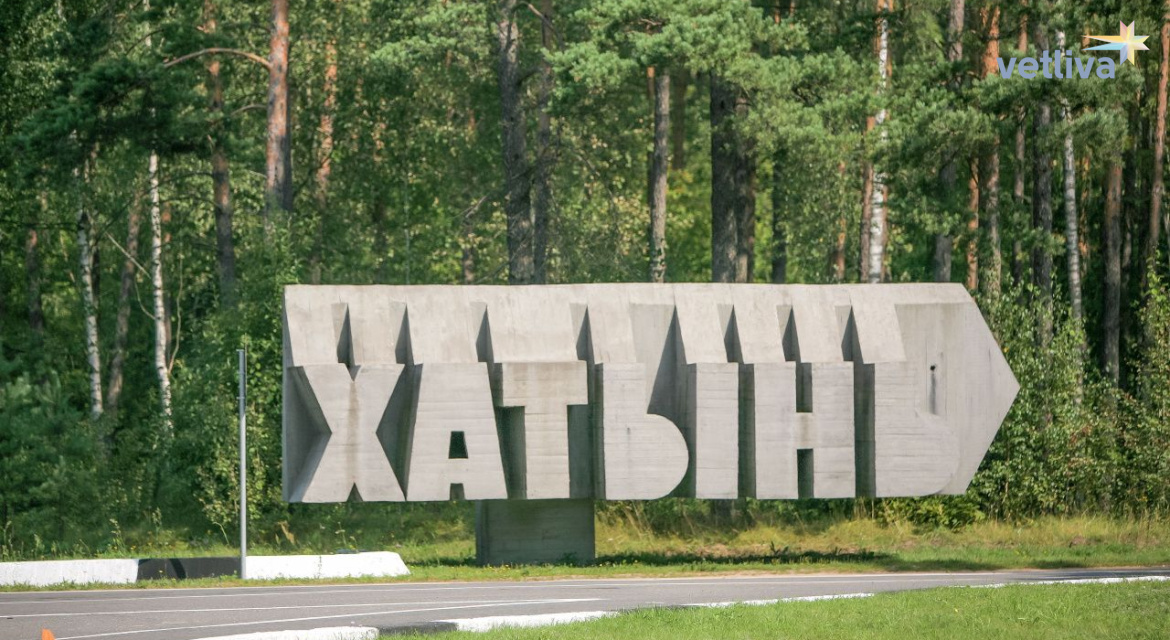 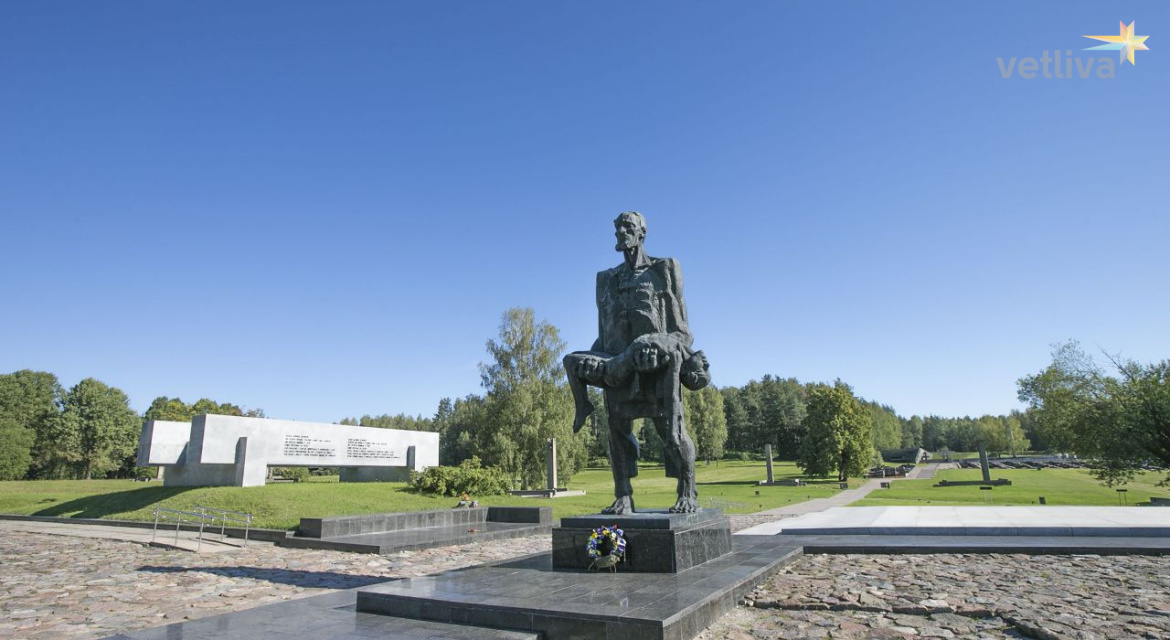 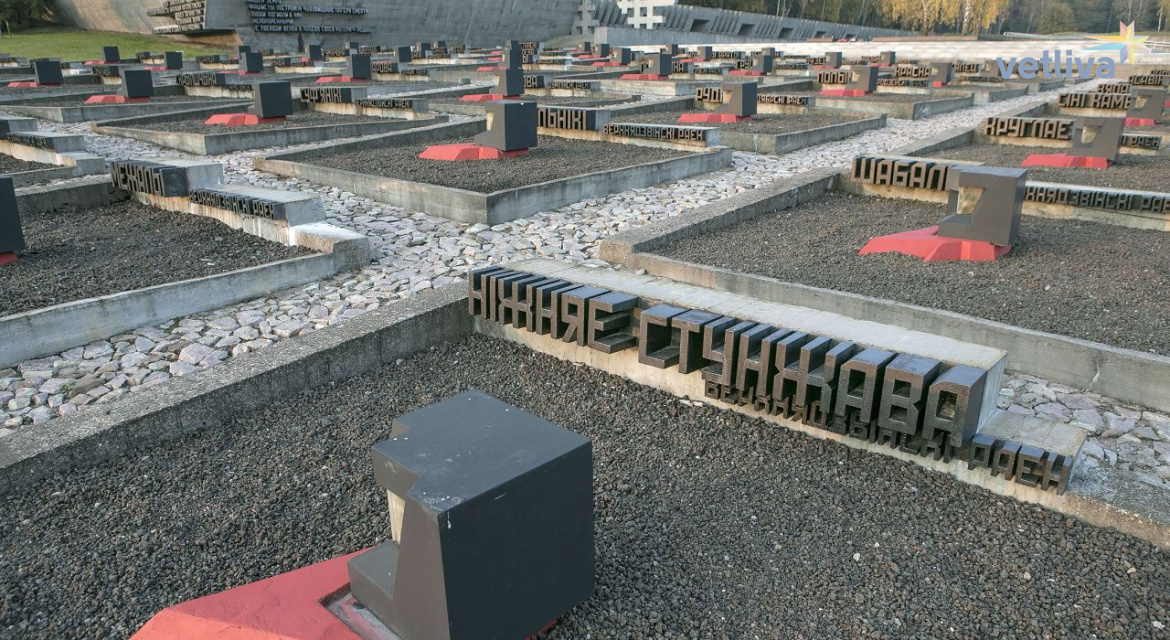 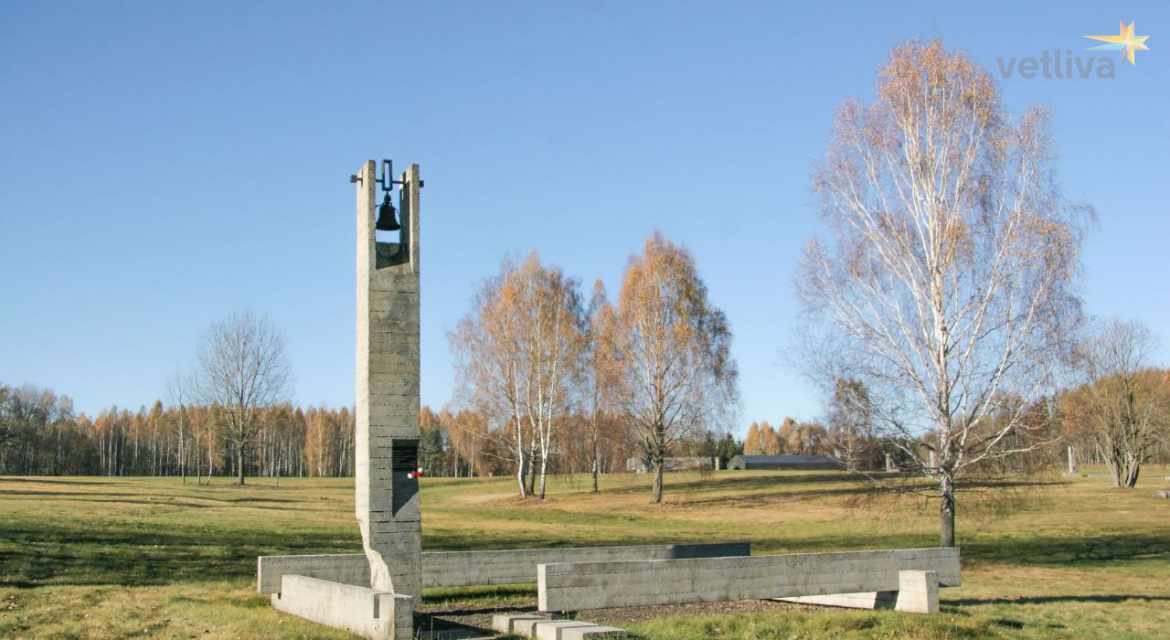 The name of Belarusian village of Khatyn is known throughout the world, though it does not exist now any longer, as the life of the settlement ended tragically on March 22, 1943. The village was not deserted by its residents; it was killed together with the people and never rose fr om the ashes again.

The memorial complex "Khatyn" opened in 1969 is dedicated to commemorate the loss of this and other Belarusian villages, the death of one out of every four Belarusians during the great Patriotic war.

The complex itself is an example of a harmonious fusion of art that has no equal in the world impact on visitors. The spirit of deep sorrow and eternal memory embodied there is a symbol of great and tragic heroism – that's what the memorial "Khatyn" is.

The history of the Belarusian village Khatyn.

The Nazis and their brutal hired helpers in retaliation for the deaths of several German soldiers and officers in a gunfight with guerrillas, gathered all of Khatyn villagers in a shed, and then set it on fire. They called it "collective punishment", when civilians were killed in the fire live with their families. Some families had seven to nine children, with one-year-old and six-month-old infants at their hands.

26 farms used to be in Khatyn. 149 residents were burned, including about 70 children. Only a few of them managed to survive: two boys hiding in the woods prior to the arson, two girls, who rescued fr om the fire (they died afterwards in another village that gave shelter to the wounded), and two other boys injured in fire (one of them was shielded by his dying mother, another, wounded, was taken for dead by the enemy).

One adult was also able to survive. It was Joseph Kaminsky. He woke up when the executioners had left. But he had to face another tragedy – to find his only son among the burnt seriously wounded. An exhausted father took his son in his arms in the blind hope to save him from the inevitable fate. But the son died in his arms soon.

The history of the creation of the memorial complex "Khatyn".

A six-meter bronze sculpture "Unconquered people" depicts both Kaminsky outflowing his dying son from the ashes, and the symbol of all the people who lost sons and daughters, having brought many lives on the altar of victory, but still were able to survive, rise and preserve the memory of the fallen. It is the centre of the memorial complex "Khatyn".

The authors of the complex are the creative team of Y. Gradov, V. Zankovich, L. Levin, sculptor S. Selikhanov.

Memorial complex has perpetuated the memory of hundreds of villages, which, like Khatyn, were burned down and never regenerated. Their names are carved on the wall of sorrow, the graveyard of Belarusian dead villages.

It is the monument both to the burnt and to the restored villages. Two trees of Life with their names raising their branches to the sky are also a part of the memorial.

And the Belarusian village itself is embodied in the street, paved with grey stone, grey like ash. On the sites, wh ere farmsteads used to stand, there are obelisks. Symbolic remnants of the barn made of black stone can be seen in the place, wh ere people perished. The roof is split, the eternal flame is burning. The land and people remember of the victims.

The bells jingling on each former farmstead resonate with plaintive echo in our souls. Every half a minute with the persistence of a metronome, with a complaint and calling chime sounds. This is another artistic decision, one more expressive touch.

Unprecedented pain and compassion dwell in the soul of people, understanding the addressing of the dead to the living carved on the stone:

And the hope appears in the soul that really like the immortalized lines call for:

…never and nowhere life will die in the flame of the fire!

A memorial that everyone should see.

The Brest Fortress, Khatyn, and the Mound of Glory are the places that every Belarusian must see. Join our excursions around Belarus to these memorable places, and you will be convinced of the greatness of the monuments that preserve the memory of the feat and tragedy of the Belarusian people.