Belarus is a beautiful country located in the very heart of Europe. It borders five other states. The regions bordering Poland are in the west of the country, the north-western part is close to Lithuania, in the north Belarusian territories border Latvia and Russia, in the south our country is close to the Ukraine and in the east and north-east – to Russia.

Officially the name of the country is the Republic of Belarus.

Belarus has been presidential republic since 1994 and now Alexander Lukashenko is the President. The official currency in the country is Belarusian ruble.

Belarus - the country with wide developing and supporting of agriculture at the state level.

The first and the largest city of Belarus is its capital Minsk which is quite a modern European city with almost two million people living there. It is a major transport hub of the country. There is an international airport, big railway and bus stations, the subway.

Coat of arms, flag and hymn of the Republic of Belarus

These are the symbols of the national independence: a flag, a hymn and a coat of arms.

The national flag is designed with two horizontal stripes which are red and green with red ornament placed vertically on the left side and on the white background.

Belarusian emblem looks like the border contour of the republic placed in the rays of the rising sun and the star over it framed by ears of wheat, clover and flax. The wreath of the flowers with wheat is thrice wrapped up with a red and green ribbon. The sign of the country name is placed in the center. 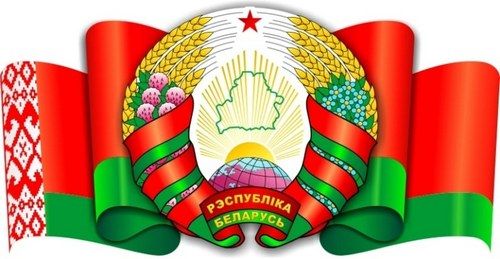 The official hymn of the republic is a piece of music written by Nestor Sokolovskiy and such great poets as Michael Klimkovich and Vladimir Korizna. The hymn was written on the base of the previous national hymn of The Soviet Republic of Belarus. Its text is focused on the national sovereignty, peaceful and tolerant attitude of Belarusian people and their hard work.

The main territorial feature of Belarus - the Central European geographical position - positively influence the economic cooperation with the border regions and other countries.
There are six geographically divided regions in the republic, each having its own regional center: Minsk, Brest, Vitebsk, Gomel, Mogilev and Grodno.

Most of the national landscapes are flat. Almost fifty per cent of the territory is covered with fields, forests and meadows. It is often named “blue-eyed” as there are over thirteen thousand absolutely beautiful water pieces (lakes and rivers) here.

One of the main water attractions of Belarus is the largest Lake Naroch on its territory, an area of about 79 square kilometers. It is located in the Minsk region, in the Naroch National Park.

Most of Belarusian lakes and the beautiful national park “Braslavskiye ozera” are situated in the north region of the country often named Belarusian Poozeriye.

A great part of national lakes are no deeper than 5 meters but about six percent of the waters reach twenty meters and even more.

As for the natural resources we should mention that Belarus has a rather limited amount of mineral resources (no more than thirty kinds). The most important of the local energy resources is peat. Peat deposits are rather reach as there are quite many swamps in Belarus and almost every region has them. As for mineral resources in Belarus the most precious is still rock salt and potassium. The country is one of the five biggest suppliers of potassium in the world.

The climate of Belarus which is moderate continental as well as its weather is influenced by Atlantic air masses. Usual local summer temperatures are about 18-22°C and summer season is rather short, whereas winter is quite mild, but sometimes cold and autumn and spring are rainy. The average winter temperature seldom goes lower than -8°C. Belarusian climate is characterized by huge temperature swings in any season.

Population of the Republic of Belarus

Today there are over nine and a half million people living in Belarus. Since nineties the number of population has gradually decreased. However recently there is a baby boom noticed in the country that is highly supported by the state demographic policy.

People migrate to big cities. About seventeen per cent of the country’s population is still in Minsk, the capital of Belarus. The highest population density is in Minsk region (eighty one person per sq.m).

Belarusian population is characterized by such traits as tolerance and hospitality. Mostly it is caused by historical events that Belarusian nation had to experience. Today there are different nations in the Republic with their religions and languages.  The biggest part of the local population is Belarusian (81,2%). The second place is occupied by Russians (8,2%). There are also Polish, Ukrainian, Jews and other ethnic groups in the country.
Most of the population speaks Russian though there are two official languages in the country. Belarusian speaking people can be met in Western Belarus.

The tolerance to all religious confessions is supported at the official and legal levels. The most common religion is Christianity. Christians of Belarus profess (Orthodoxy, Catholicism, Uniatism, Protestantism). Apart fr om these, Judaism, Islam, Hinduism and other confessions are represented in the country. Сomparring with 2016, in 2017 the population of Belarus increased by 6,3 thousand people. 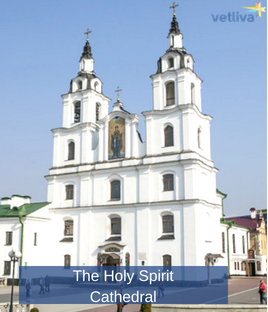 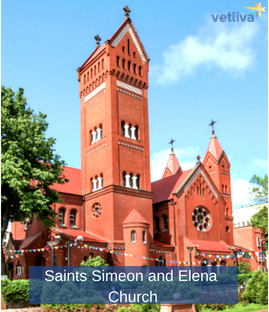 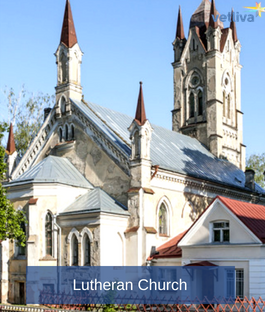 Where to rest in Belarus

The tourist potential of the Republic of Belarus is very high. More and more people prefer not to travel outside the country and choose beach holidays on the rivers and lakes that the country is famous for. The development and organization of tourism in Belarus has a high level, and excellent prices for tourist services allow Belarusians and residents of Russia to rest here, as well as guests fr om far and near abroad. Due to its clean nature and ecology, Belarus has the perspectives of fast and productive development of tourism, which is promoted by the national tourism agencies and companies engaged in the development of new routes for travelers.

Belarus is a very quiet and peaceable republic but when you are going to visit any country you need to know wh ere to go or call in case of emergency.

If you found yourself in a strange situation, you are a witness or a victim of a crime you need to call the Police telephone number which is 102.

About the fire you can inform calling the telephone number 101.

To get the information about the schedule of the railway transportation you can by calling the number 105, air flights – 106, bus stations – 114.