Around Belarus in 7 days: fourth day

Around Belarus in 7 days: fourth day

Belarus travel guide VETLIVA continues the series of articles "Around Belarus in 7 days". We sent a group of our staff to an expedition around Belarus.

After the adventures in the villages of Idolta and Druja, around the sunset time we arrived in Braslav. We stayed at a public hotel named The Riding Yard with an excellent window view, directly to the lake. The weather changed rapidly, the sun shone brightly, then the rain clouds frowned, that’s why here we got very good pictures. By the way, in the hotel building there is a museum of traditional culture where you can buy souvenirs. 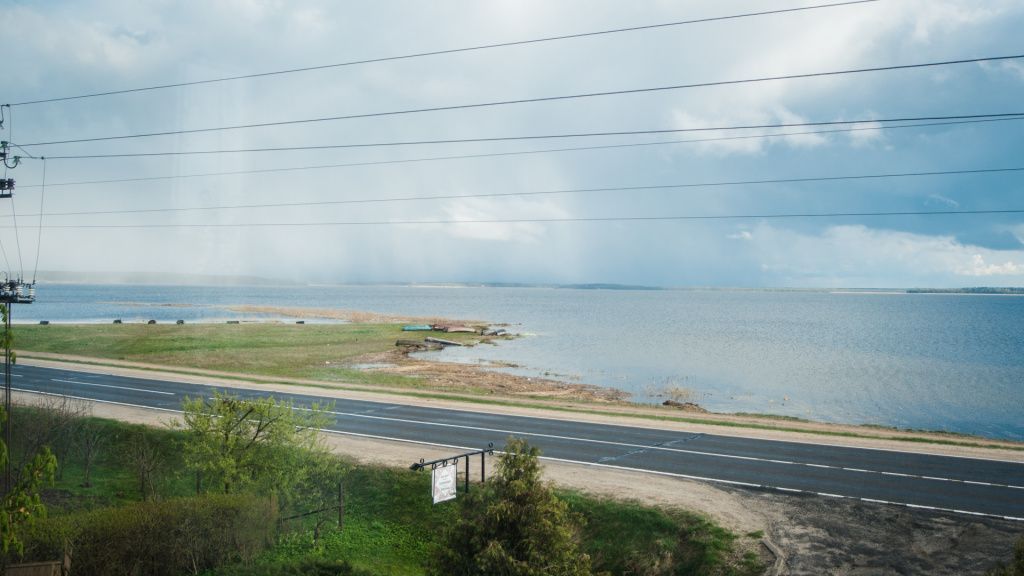 Quickly having a snack at the local buffet with the name of "Ozerny" for 4 rubles per person, we took cameras and went to take pictures of the beauty around us. 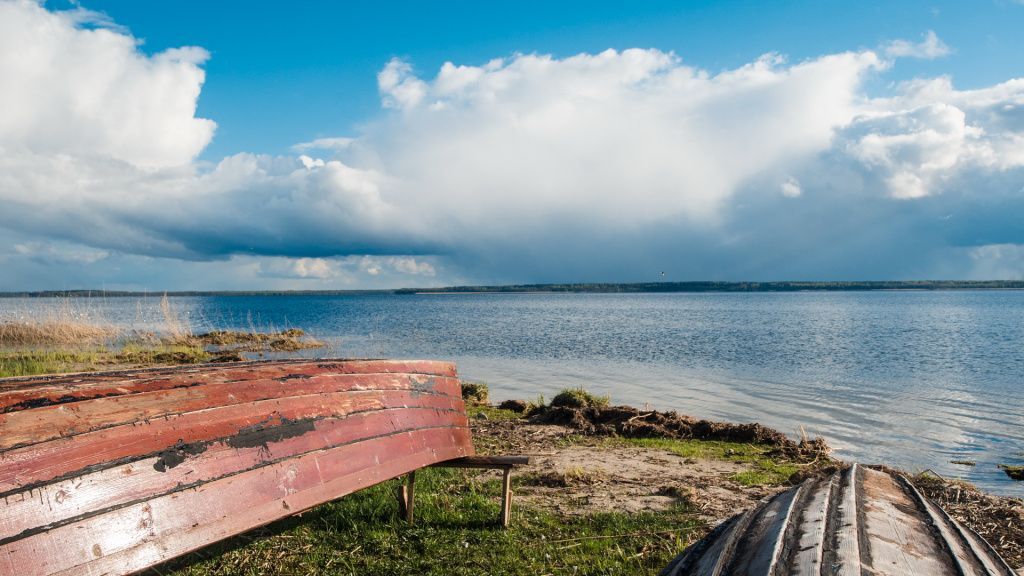 On the shore, we met a local resident who was just preparing his boat for the new season. It had to be dried, and then grinded. We helped him pull the boat out of the water and turned it over, putting it in the sun. As the fisherman said, now no one is fishing, since boat trips are prohibited because of fish spawning. Here you can catch catfish, pike, burbot, crook, besides, there are crayfish. We envied him a little, because he lives very close to the lake and every day sees such beauty. A fresh breeze blows from the lake, and you feel the unique atmosphere of this place even more. 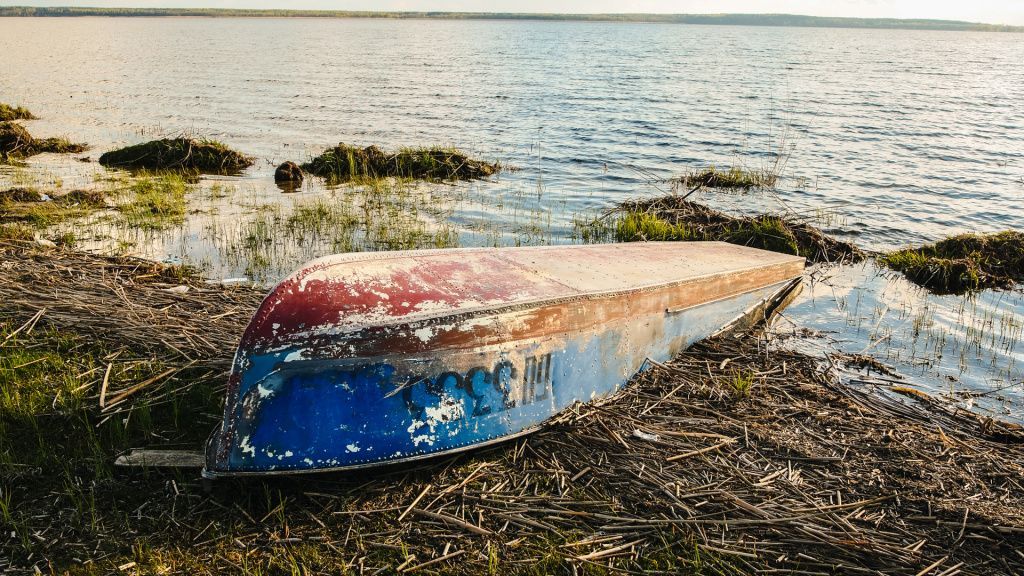 If you are looking for where to fish or relax among this beauty, we suggest you familiarize yourself with the selection of places where this can be done. The area is full of recreation centers and agro-lodges for every taste and purse.

In the morning we already had to go to Grodno and, since the long road was waiting for us, we decided to leave before it got dark and woke up at 8 am. The first target- was The Mount Mayak, located a couple of kilometers from Braslav. 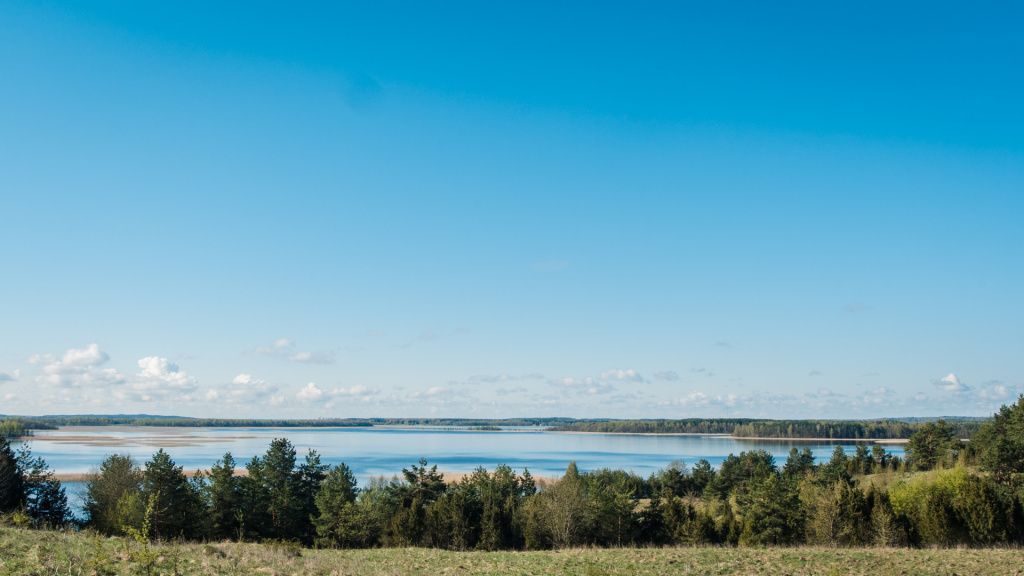 The Mount Mayak on Braslav lakes is the best place to enjoy beautiful views of Belarusian landscapes. Before climbing the mountain there is a small sign with full information about the popular point. The Mount Mayak on the Braslav lakes is a large complex of sand hills, where each of them has its own bizarre name, beginning with the Bald Mountain and ending with the Dedovaya stove. The diversity of the hills is united in the Kezik Mountains, and the name given to them was taken from the nearby village. The lighthouse is on the most impressive hill among the mountains.

From here you can see an excellent panorama. If you come here not in the tourist season, then you will be lucky enough to remain here alone with yourself, which further brings (maybe closer) you to the surrounding nature. By the way, do not forget to take your passport with you: this place is in the border zone and border guards at the entrance to the mountain may ask you to present it. 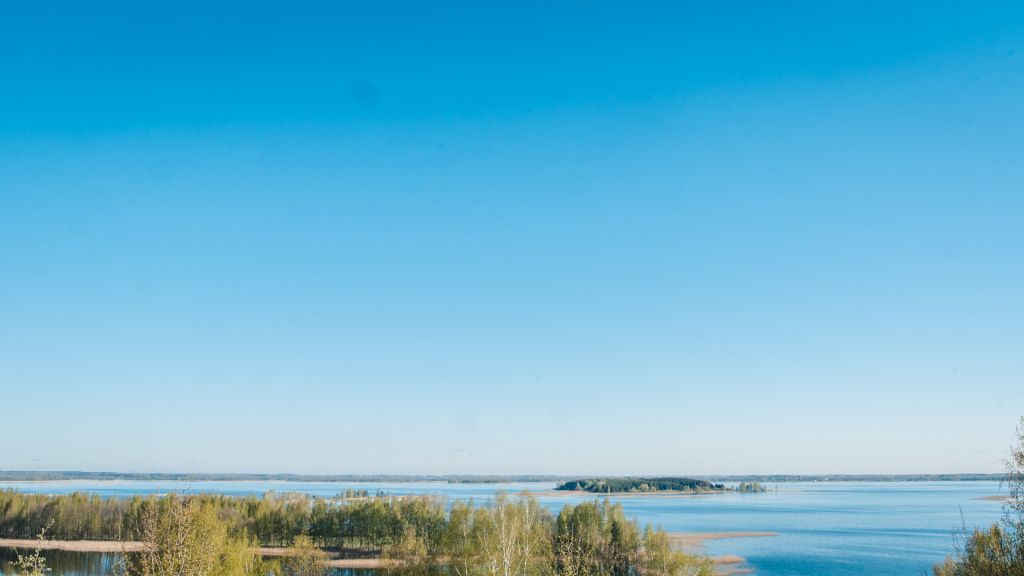 And we remember this picture from the textbook of the history of Belarus. In general, everywhere you can make a successful shot. Not far from this place there is an enchanted spring. Frankly speaking, we wandered around 30 minutes, but could not find where it was. If you can find it, send us a photo, please. It is called Rodnik Okmenets, there are many mythical stories that are known about it, where ours can be added.

After having admired the views enough, we went further. Ahead of us there were 500 kilometers of road and even more interesting places waiting for us.

Before arriving in Grodno, we planned to visit a few more sights, which we also recommend to see: Lake Naroch and the Church of the Nativity of the Virgin in the village of Murovanka.

On the way to the first point, we met many interesting temples in small villages. Sometimes it seems that in a place where there are only two streets, it is impossible to see something worthwhile. But suddenly the spires appear over the roofs of the huts, and you realize how wrong you were.

Church of the Nativity of the Virgin Mary in the village of Vidzy. 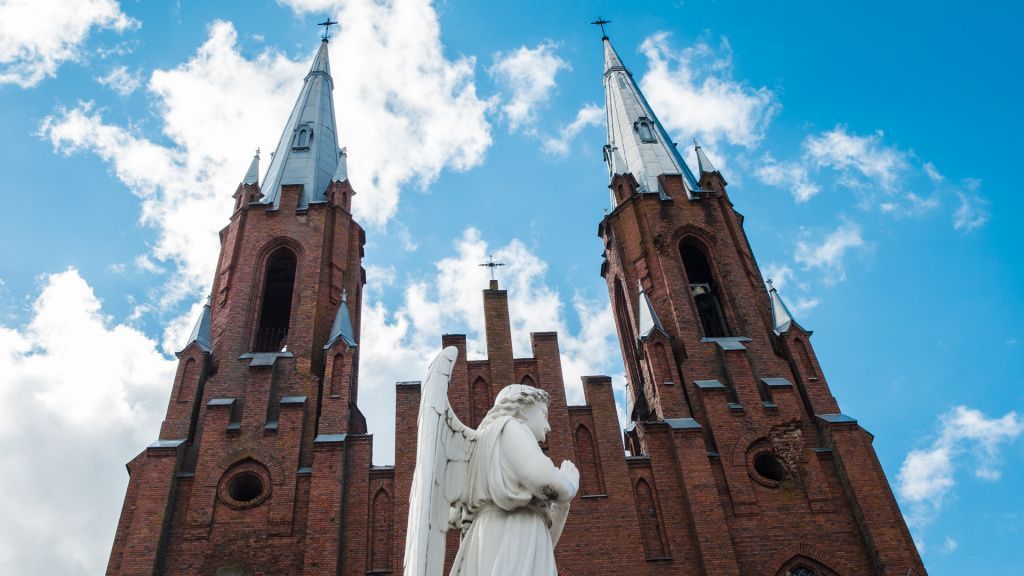 The urban village of Vidzy is known to everyone who enjoys the architectural and cultural heritage of our country. After all, it is here that one of the highest, to be more precise, the second highest church in Belarus is located. Its height (along with the spires) is 59 meters, while the church holding the highest palm tree is in the Gervyaty and its height is only a couple of meters higher, taking into account the cross on the spire which is 61 meters high. 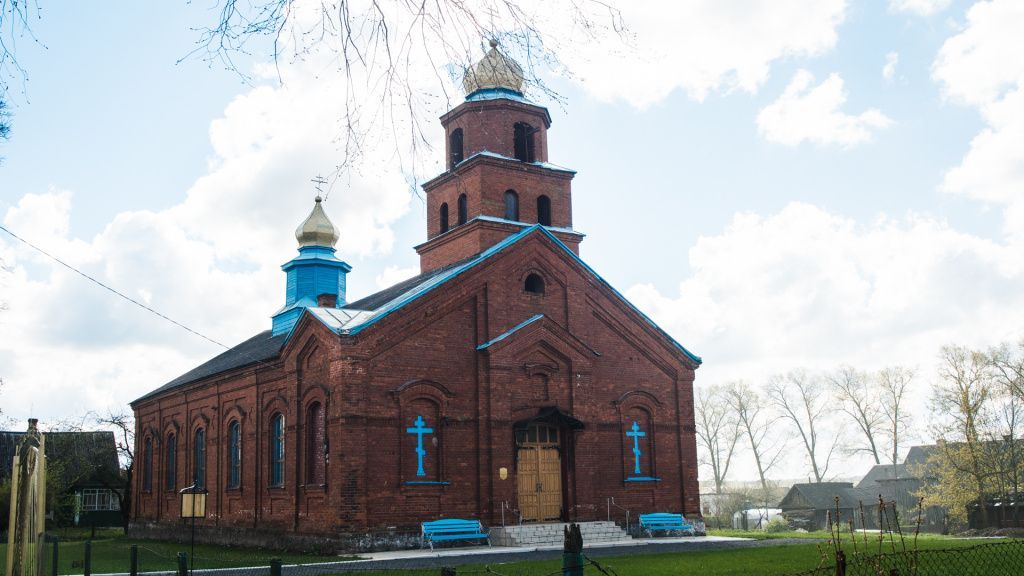 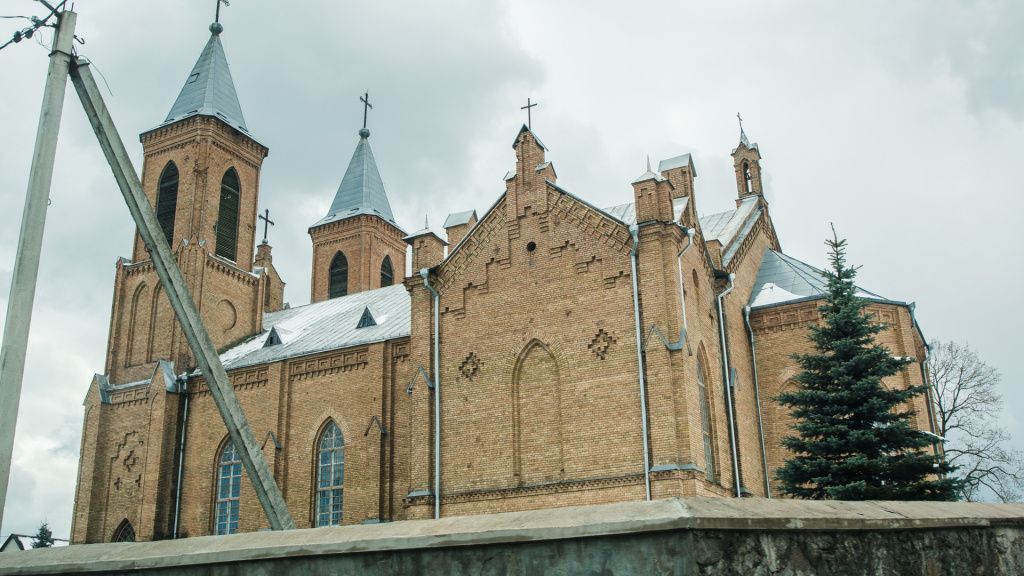 The speedometer of the car showed that we drove about 200 kilometers. On the horizon there appeared Lake Naroch. 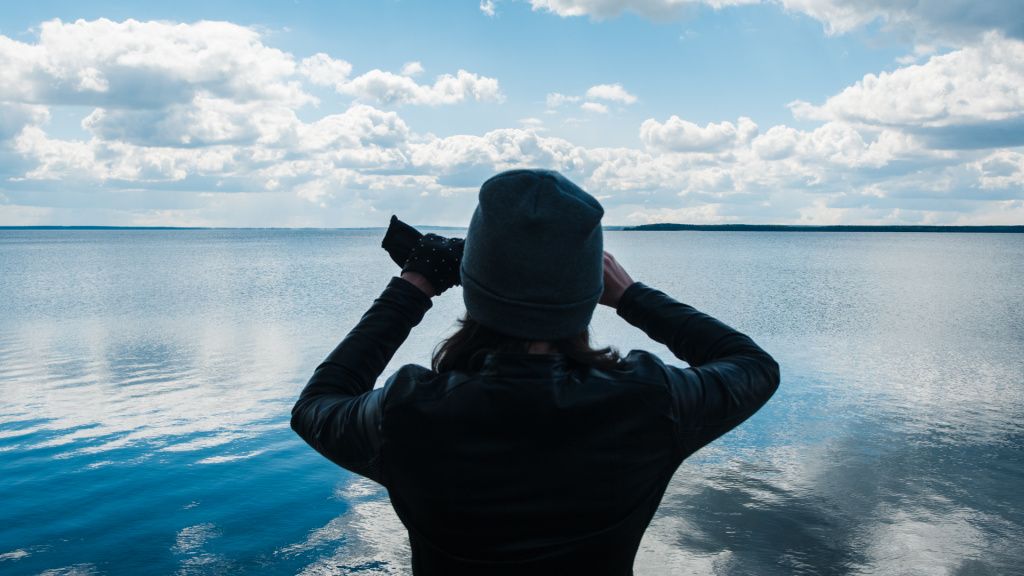 Compared with the Braslav lakes, Naroch, of course, no longer makes an impression of the untouched nature corner - the infrastructure is developed here and everything is subordinated to tourist needs. Near the lake there are sanatoriums and hotels, asphalted paths and recreation areas are well organized, and, despite the fact that the tourist season has not yet begun, there are a lot of people. 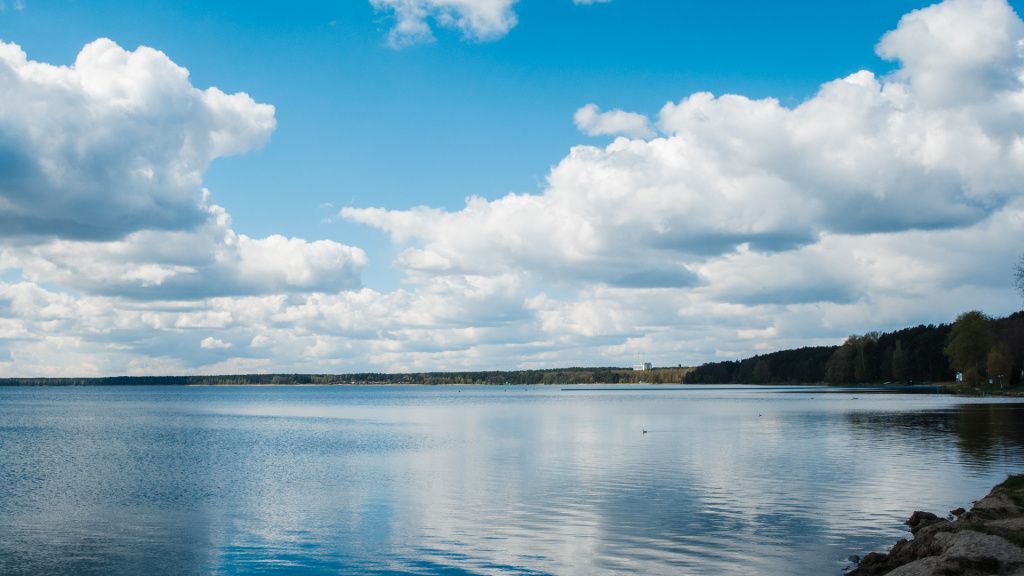 Maybe we thought so because we drove from the resort village of Naroch.

Here, right on the waterfront, a man sells smoked fish and eels, as well as soups and bacon. We decided to get warm, having the soup, and drove on, as it was still far from Grodno. 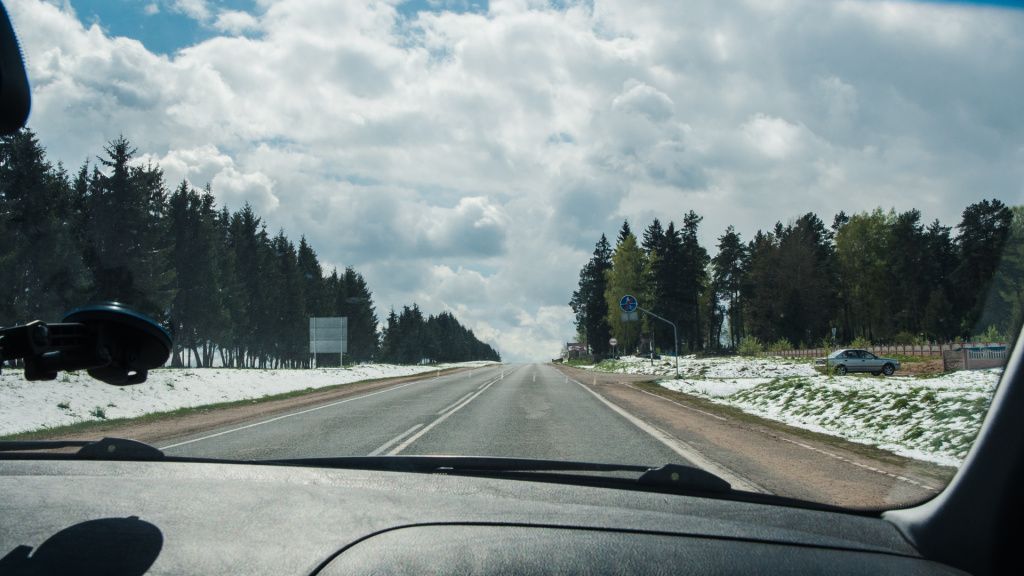 On the calendar it was May 12, and outside there was a layer of snow 7 centimeters thick. After turning on the radio, we found out that it fell out last night. Very unusual sight! The sun is shining and a thick layer of snow lies on the roofs of the houses.

Passing by one of the cities, I noticed large pipes, towering above the treetops. As it turned out, it is here that the construction of the nuclear power plant in Ostrovets is in process. We decided to take a look there, since very soon this place will become a big attraction. 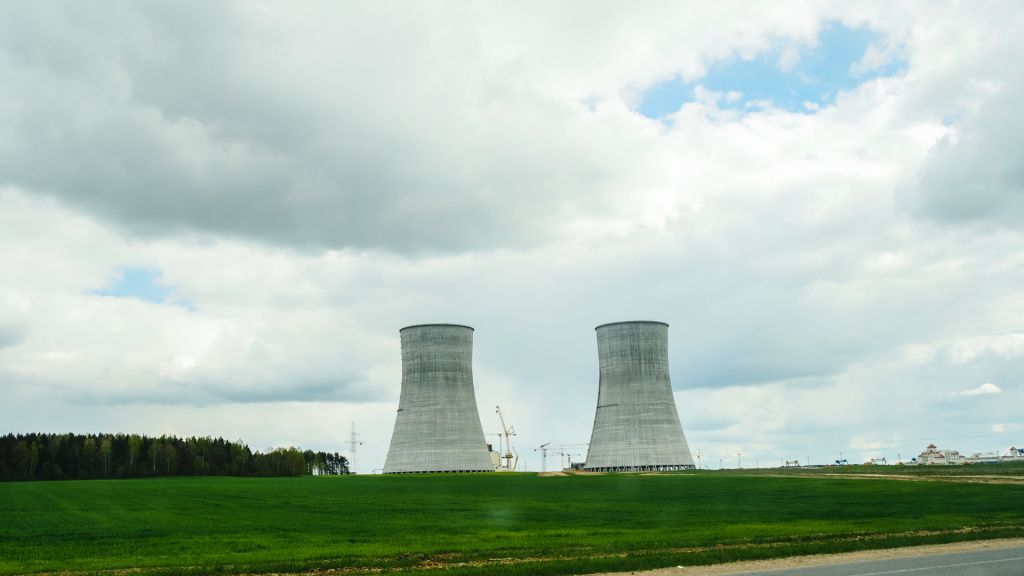 By the way, here's a little clue: in order not to spend 2 extra hours to go around Belovezhskaya Pushcha, carefully follow the route that the navigator is giving you. It thought that to pass through the restricted area of ​​Belovezhskaya Pushcha is a good decision, and also decided that we have passes to this zone. In general, look, that in your route there should not be road P146, and that it is necessary to go round, as we did.

Wandering a little near the border with Lithuania, we still found the right road and drove on.

Another point in our route was the village of Murovanka, where there is a church with a very unusual architecture. 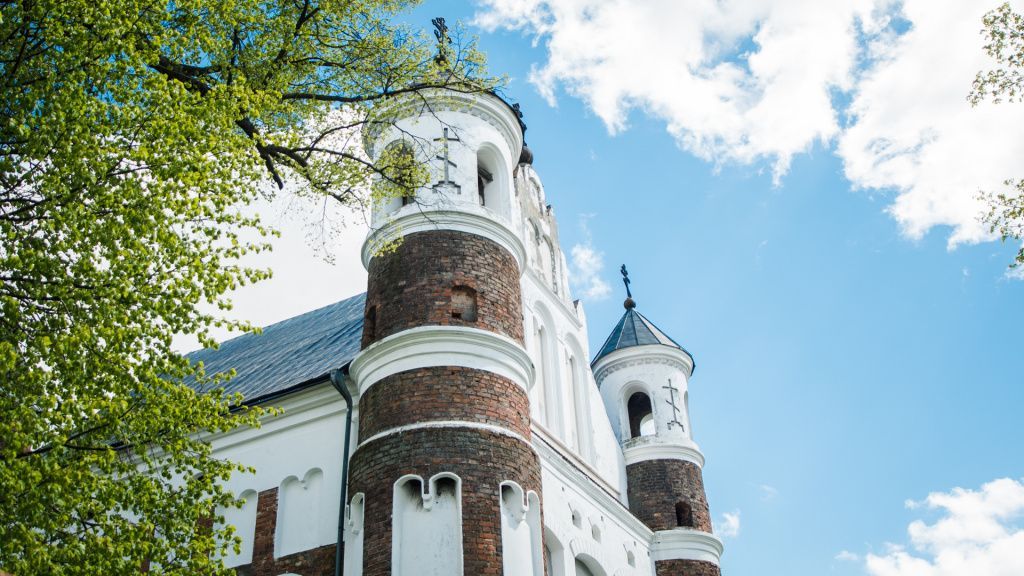 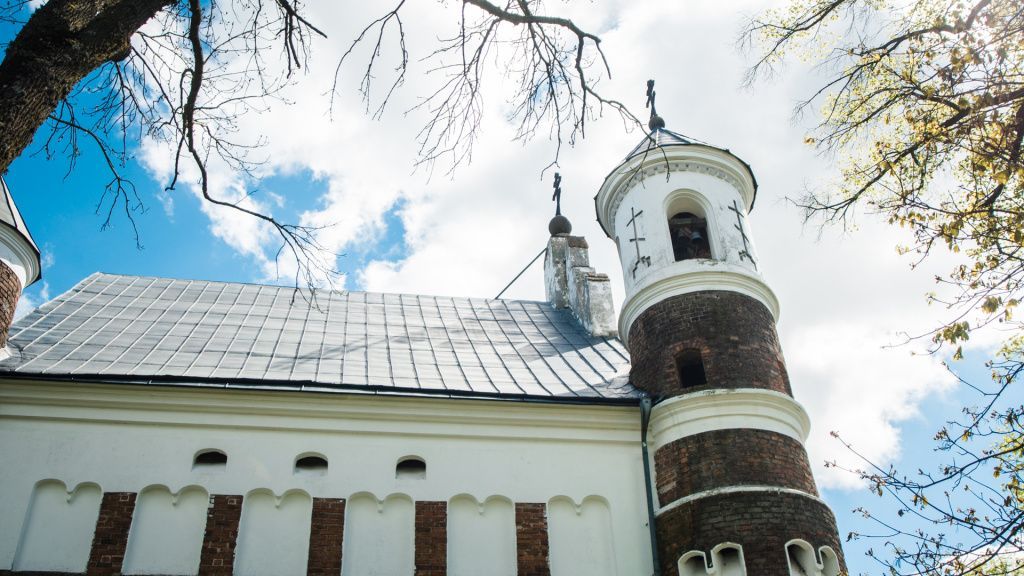 This ancient church is one of the well-preserved temples of defensive architecture. In Belarus, unfortunately, there are almost no such churches. However, despite this, the temple is about 500 years old, it is in excellent condition and is one of the main architectural monuments of the 16th century, as well as an important tourist attraction of the Republic of Belarus. 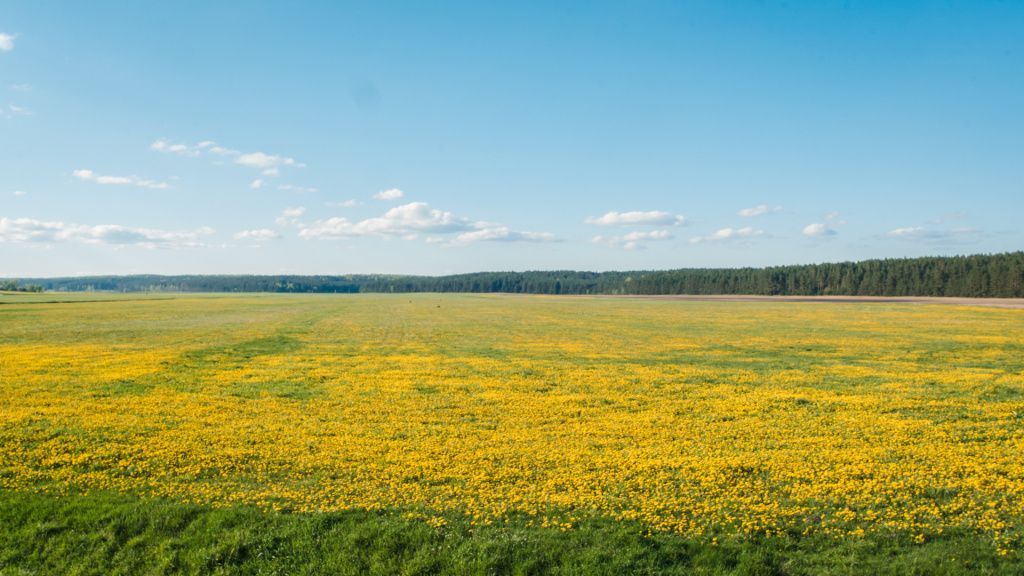 To Grodno there were about hundred kilometers, and there will be new places witing for us. But you will learn about this in our next article.