The history of the culture of Belarus

Our culture came such a long, hard way of building up in the course of historical events.

Fr om the 10th till 13th century the culture of Belarus was characterized by the high level of development and tight connection with Christianity. Correspondingly, with its development, literacy was spread on the territory of our country. Most manuscripts and codices date back to this period, for example, Tyrovskoe Gospel.

In the 14th-16th centuries there was further development of national culture and correspondingly Belarusian language.

The development of literacy and typography in Belarus

Francysk Skaryna is a philosopher, writer and public figure who became a founder of not only Belarusian but also East Slavic book-printing. In the memory of his peson there are several monuments, located in different cities of Belarus.

That time a drastic prosperity of Belarusian culture occurred. A lot of art and architectural schools were opened; literal and musical works were created.

Modern culture of Belarus is highly diversified. A wide variety of theatre, musical and film fests are held in Belarus, which are attended by both Belarusians and guests of the country.

Belarusian people are proud of rich roots of their culture, folklore, national trade and customs. You can get involved in histirical cultural heritage by visiting Belarusian museums-scansen "Dudutki" and "Strochitsy".

Cultural evolution of our nation is connected with the independence of our country, the development of Belarusian language and national traditions.

There are about twenty eight state theatres in our country now. A majority of them is regarded to Ministry of Culture department. Among them there are eighteen drama, seven puppet and two musical theatres.

The development of belarusian musical art

Music art in our country is a particular sphere of artistic movement. It was greatly established in the 20th century thanks to creative success of musicians of different levels of popularity and genres, the united ideas of creation of the musical art.

Nowadays there is a large number of different bands and singers that work in various genres of music sphere. In our glorious country there are bands that work in such genres as rock, rap, pop, folk music and many more. Among the most popular Belarusian musicians are the following : bands “Syabry”, “J:Mors”, “Bez bileta”, an orchestra under the direction of Michael Finberg, musicians Dmitry Koldun, Petr Elfimov, Alena Lanskaya, Irina Dorofeeva and others. Here you can also learn about the works of remarkable Belarusian authors of the world’s classic such as Eduard Hanok, Eugene Oleinik, Vladimir Mulyavin and Igor Luchenok.

Vladimir Mulyavin is a well-known vocalist, composer and arranger of our country, who created the ensemble “Syabry”, which became a world legend. His name is perpetuated at the Alley of Fame in Moscow and in Vitebsk, the city wh ere “Slavic Bazaar” takes place. 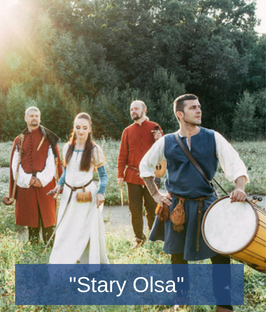 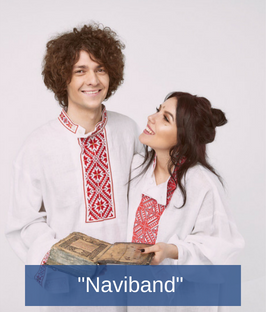 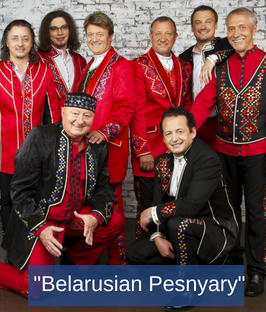 The symbol of musical movement of the Republic of Belarus is The International Festival of Arts “Slavic Bazaar”  in Vitebsk. Artists from different countries participate both in competitive and concert parts of this festival.

Every year Belarusian Literature Day is held. Its main idea is not only to demonstrate the printed matter and historical path of literature, but also to develop modern culture and Belarusian literature.

The history of cinema in Belarus

From the beginning of past century, cinematography in Belarus made huge progress. In 1924 Belarusian cinematographic organization “Belgoskino” was created. In 1928 film studio “Soviet Belarus” was opened, which brought out educational, feature and news reel films. By the end of 1940 this film studio moved to the capital and in 1946 it was given a new name “Belarusfilm”.

The immigrants from Belarus left their mark on the development of the world cinema. Louis Bart Mayer, who came from Minsk, became famous in the field of world cinematography. He is well-known not only as the founder of Hollywood film studio “Metro-Goldwyn-Mayer”, but as one of the promoters of The American Society of Cinematographers.  The idea of presenting annual “Oskar” prize also belongs to him.

There is a large number of popular cultural figures in our country. In the sphere of painting it is Marc Chagall, well-known as avant-garde master. The house-museum in which he once lived, as well as the Art Center, which can be visited, are in Vitebsk, wh ere he comes from. Likewise Ivan Khrutsky is an outstanding artist who worked out his own type of still-life painting, combined with portraiture.

One more popular Belarus artist is Mikhail Savitsky, whose works gained global recognition. He is an author of the wide variety of canvases. Belarusian culture can be really considered as one of the richest in the world. You can make sure of it during excursions to numerous museums, art galleries, theatres and concerts, while visiting our country.