Beautiful places of Brest, which can be reached by bicycle

Beautiful places of Brest, which can be reached by bicycle The belarusian travel guide VETLIVA has created a guide around the beautiful places of Belarusian cities, which can be reached by bicycle. There have already been 5 cycling expeditions in: Gomel, Mogilev, Vitebsk, Minsk, Grodno and today we present you Brest.

This is the last city in our bicycle expedition. For the fans of figures, we must note that during our trips we have already biked almost 190 kilometers. We hope you are also interested in reading our materials, as we write them for you.

Today Dima, the director of the fajnodesign.by design studio and an active amateur cyclist, is showing us his favorite places. Dima is the last guide of our expedition, and it is him who finishes our trip around Belarus. 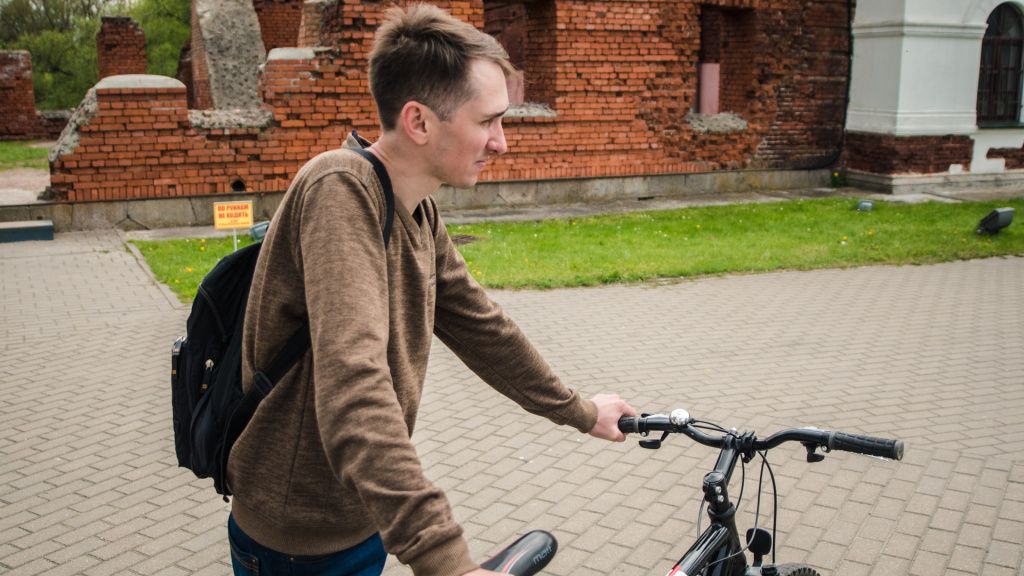 First of all, Dima suggested going to the Brest Fortress. Dima admitted that his favorite location here is a river, or rather, a place where the Mukhovets joins the Bug. Here, two layers of water of different colors are mixed. By the way, fr om here to the Polish border there is only 700 meters. On the opposite side there are towers and fences. 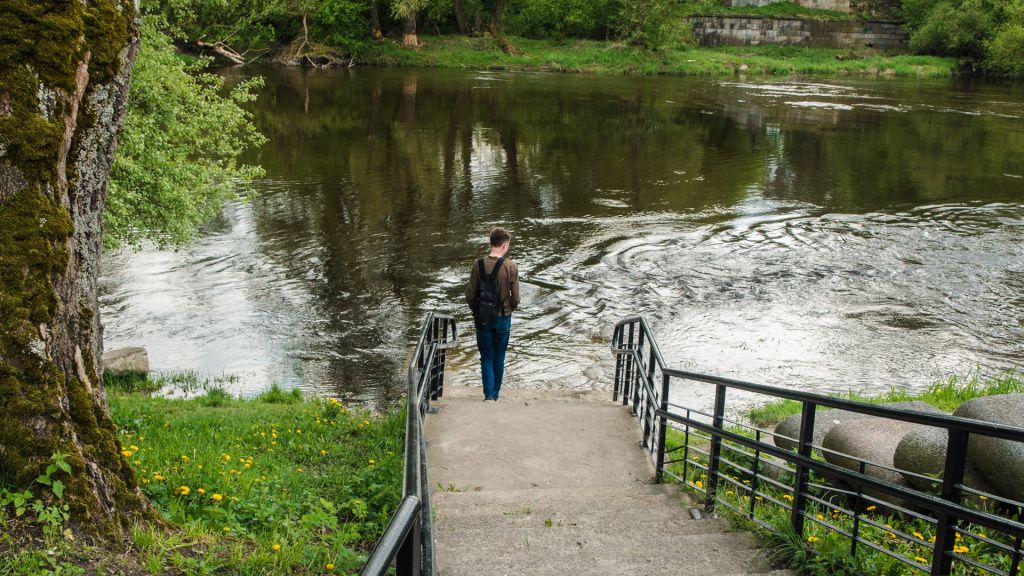 The water in this place is strongly murmuring and there are many whirlpools, which add even more charm to it.
You can not bike directly to the territory of the Brest Fortress. Just walk and respect others! On the territory, there are policemen watching this. 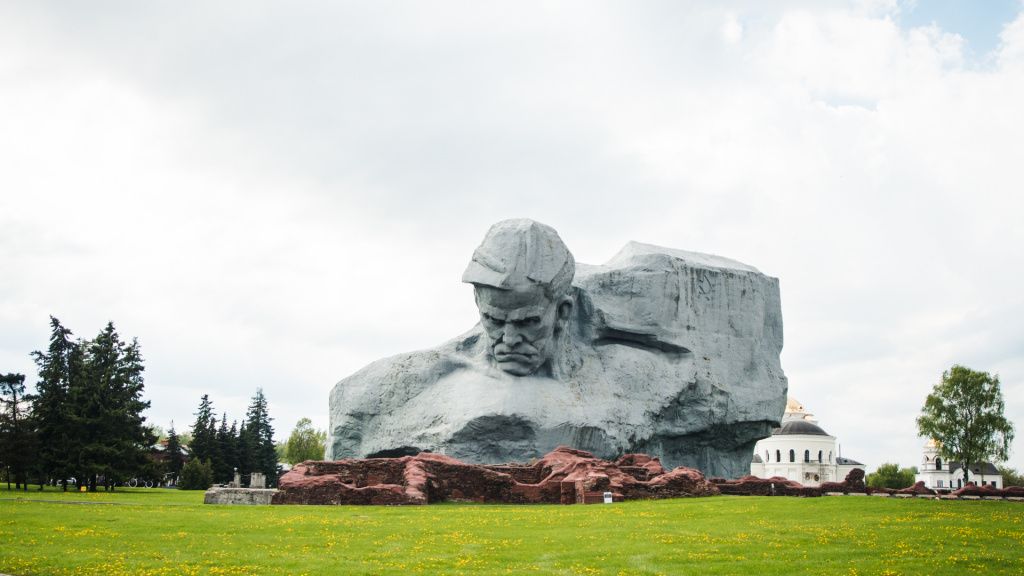 An interesting fact: no budgetary funds were spent for the construction of this memorial complex. All construction was erected exclusively for the money collected for the donations of citizens.

The construction of the fortress began in 1833. At the same time, the Brest Castle was erected here. Initially, the buildings were temporary earthworks. The first stone was laid down three years later. And already in 1842 the construction of the fortress and the castle was completely finished. For the eyes of the observers there opened a fortress and three fortifications defending it. The Citadel was a closed two-story military barrack and was located on almost two kilometers’ territory The width of the wall was amazingly thick - 2 meters. This made the fortress as hard as possible for the enemy. At that time, and now, these were majestic and monumental structures. 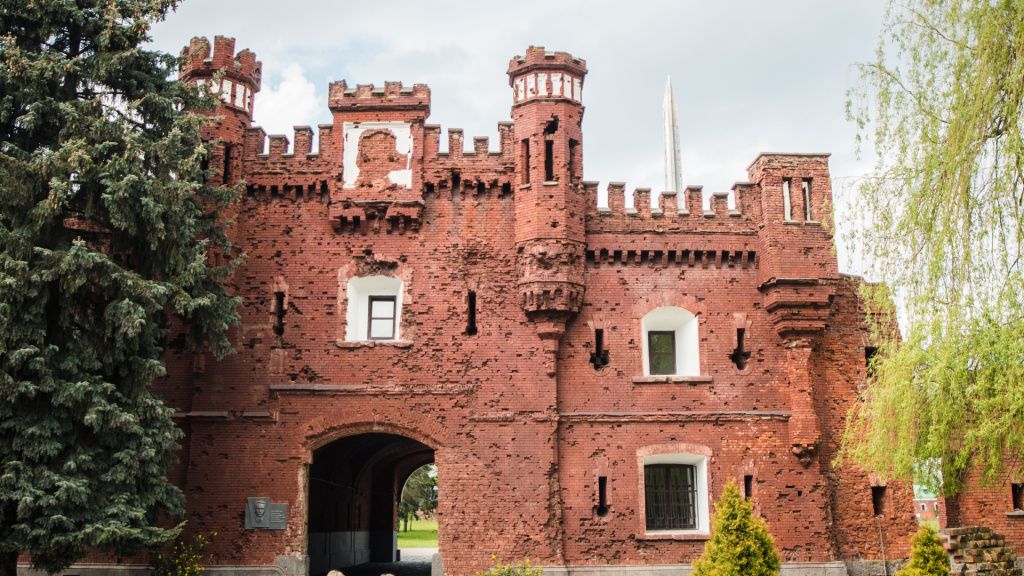 Now on the territory of the fortress there are souvenir shops and benches. 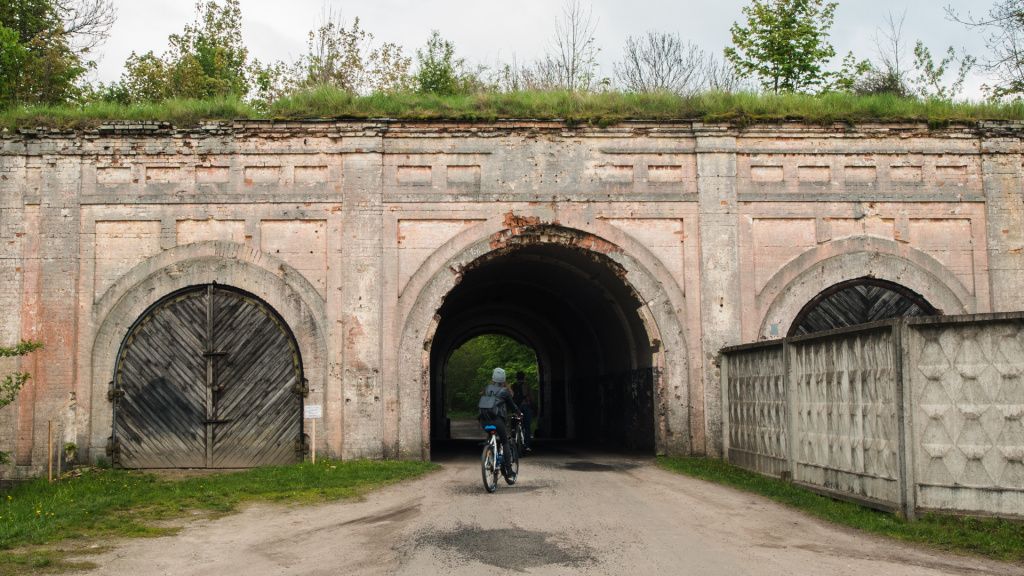 Also on the territory of the fortress there is the Museum of Brest History "Berestye".
An interesting fact: to make a photo inside the museum, you need to pay 0,75 rouble, and video shooting will cost you 6 rubles, so do not tell anyone that you want to shoot a video - the cashier will not be able to determine by eye whether the photo or where the video camera is. 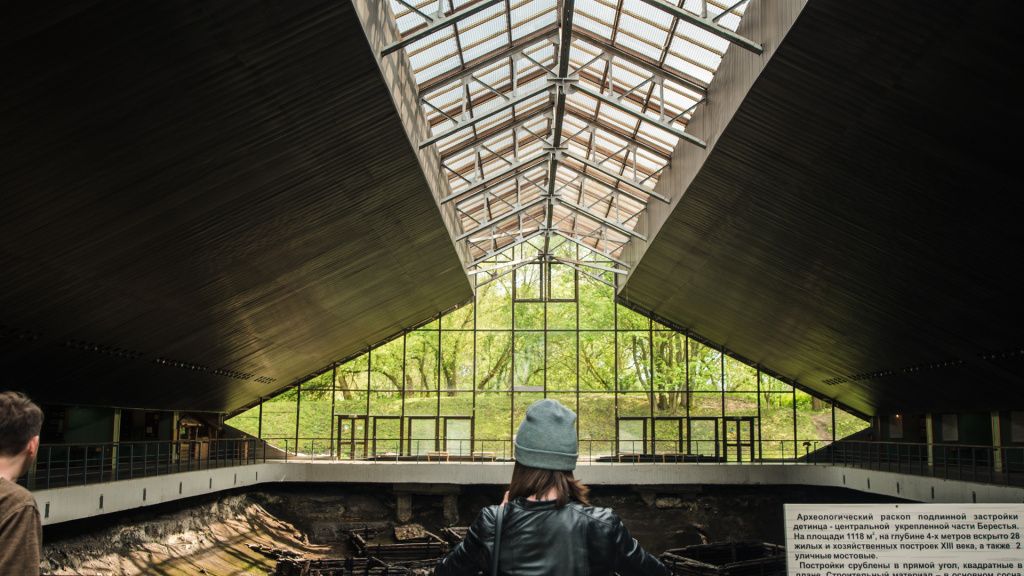 That's how it looks from the inside. In the circle there is an exposition of the history of Brest, and in the center there are the excavated old structures. 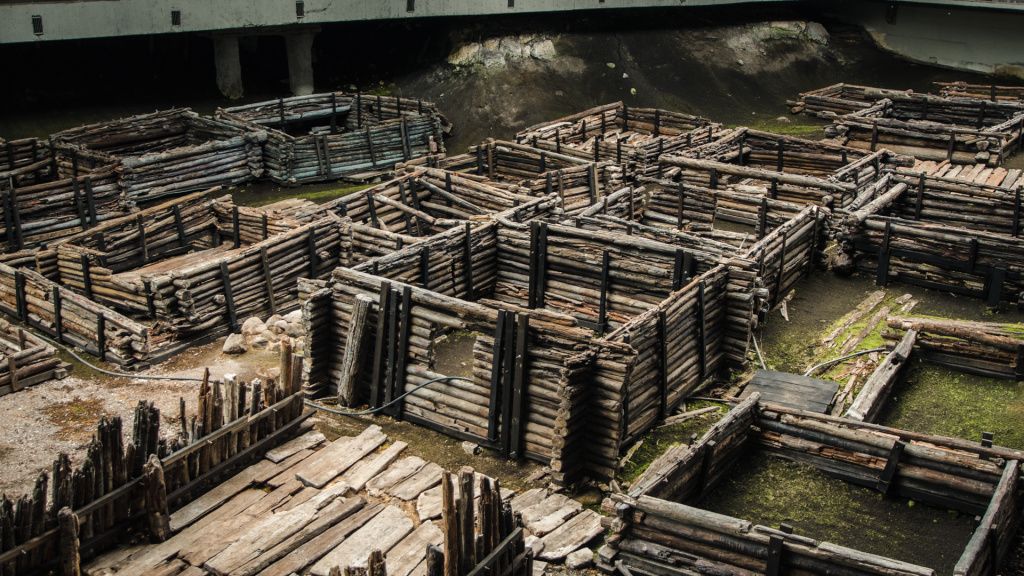 The museum opened in 1982 on the site of archaeological excavations in Brest region. The head of the excavation since 1968 has been Doctor of Historical Sciences Petr Fedorovich Lysenko. The exposition of the museum is represented by 43 thousand exhibits, many of which are available for viewing.
Once the BSSR Ministers made the right decision and declared the territory of the Brest Fortress a reserve, which has cultural and archaeological value for our country.

After wandering around the fortress and its ruins, we decided to move on. 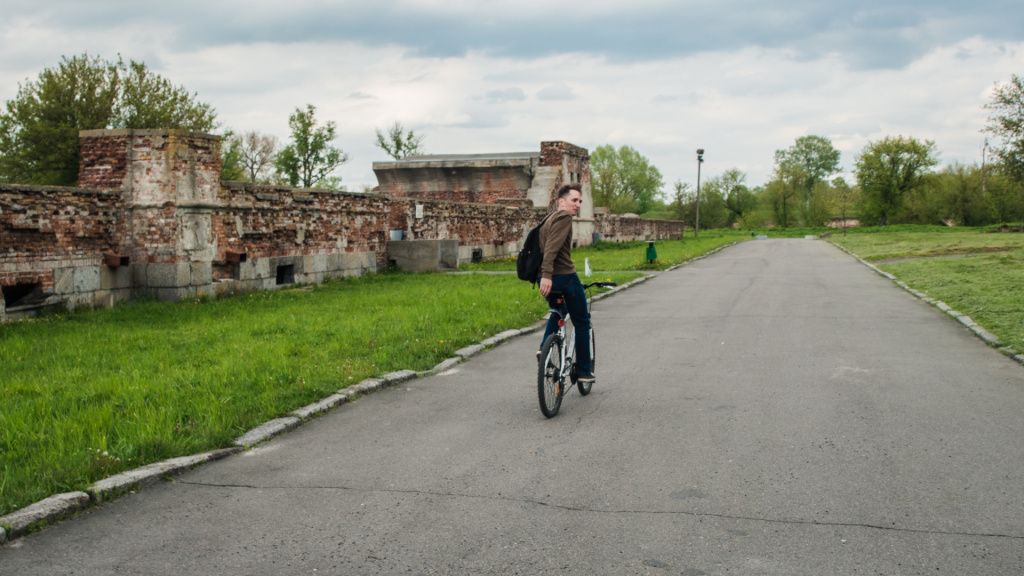 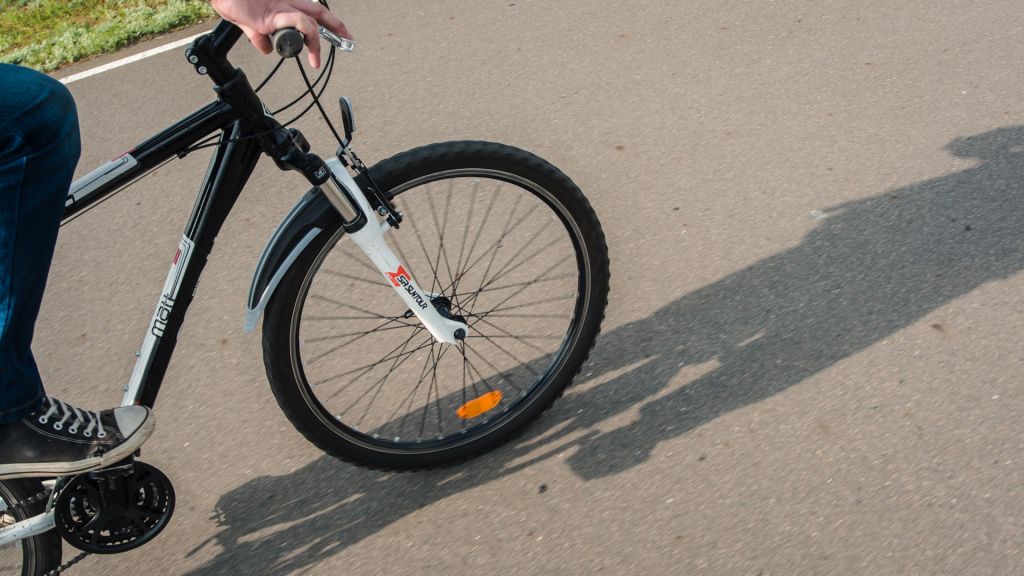 As always, we started talking about cycling infrastructure. In short, it is practically absent. Only in the new housing areas it appeared. And the one that exists causes a smile. 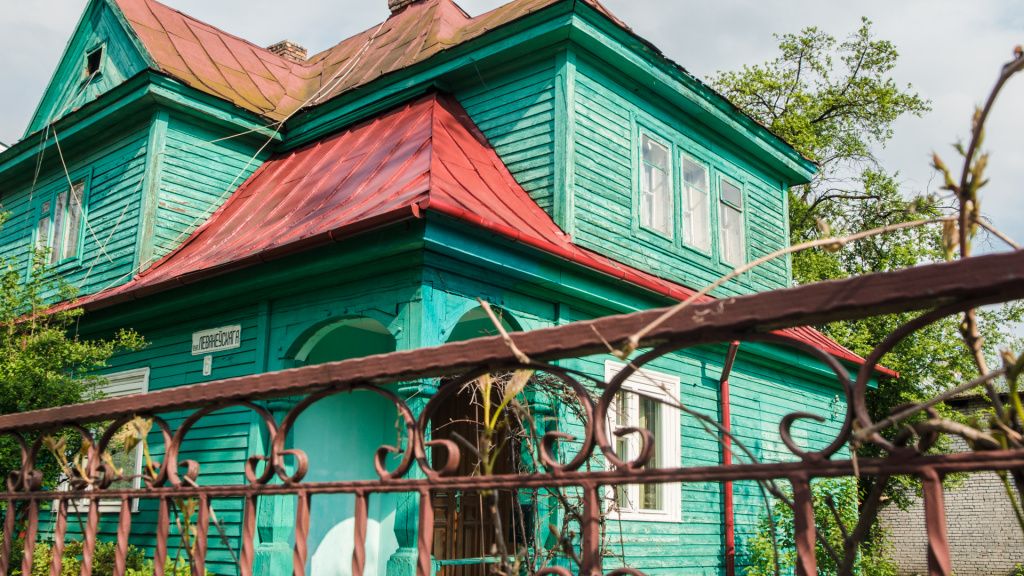 On the way we got to a street with old houses. Its name is Levanevsky street. Dima said that there were many such houses and streets before. They promised to transfer them neatly and keep them, but wh ere now the transferred houses nobody knows, in general, they were lost. Here you can see right in the street the old police car made by Moskvich.

From Levanevsky we turned into a recreation park. The place is not equipped for cycling, but it is very suitable for athletes and yoga classes. Soft paths and a small river with ducks.

The next point on the route was a rowing canal, the path to it will be long, but as Dima said - "it's worth it."

A few minutes later, quite accidentally we came upon the St. Nicholas Church. Near it there is also the building of the Pushkin University, and it is interesting in its own way. 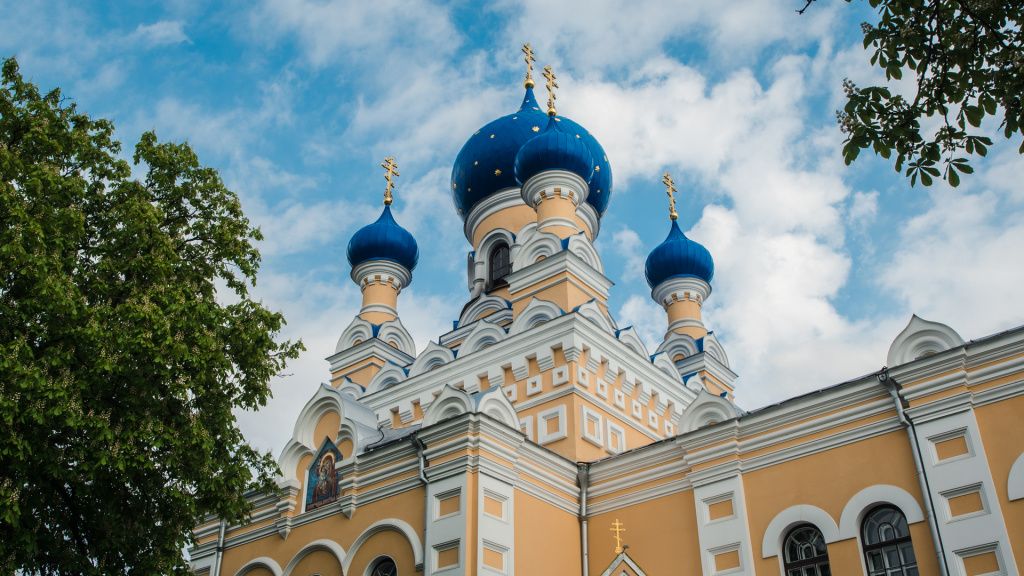 In the center of Brest, in Sovetskaya Street, there is the St. Nicholas Brotherly Church. At the end of the XIX century, the name of the street was different, and the temple was already standing - then it was still wooden. But the scourge of all the wooden city buildings - a fire - wiped it off the face of the earth. It was decided to build a stone church. Governor P.A. Stolypin supported this idea and contributed to the construction. 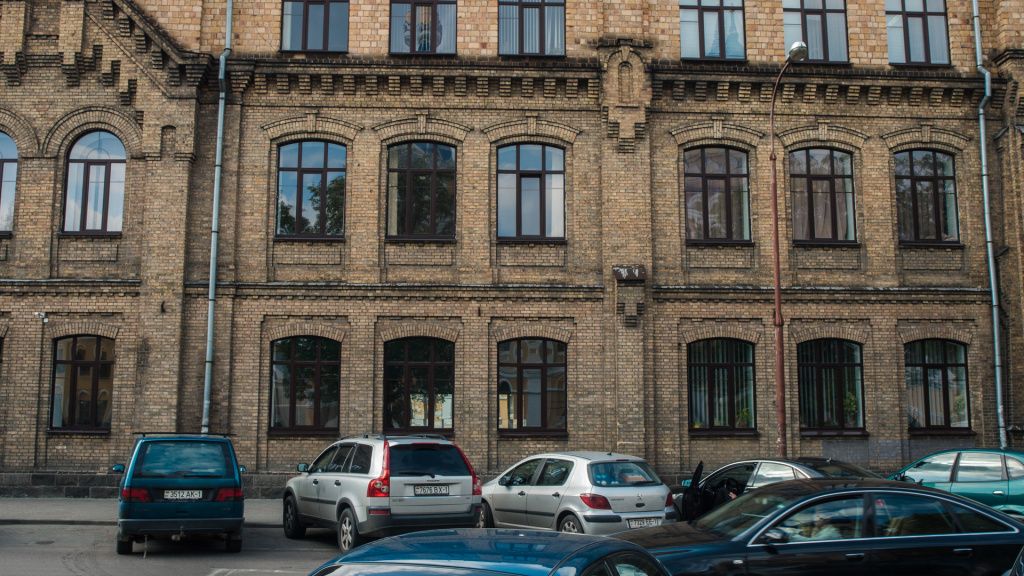 Then our way lay through a pedestrian street in the direction of new micro districts. As explained by Dima, he likes to be on the rowing channel, because this is a great place to talk with friends that you have not seen for a long time. 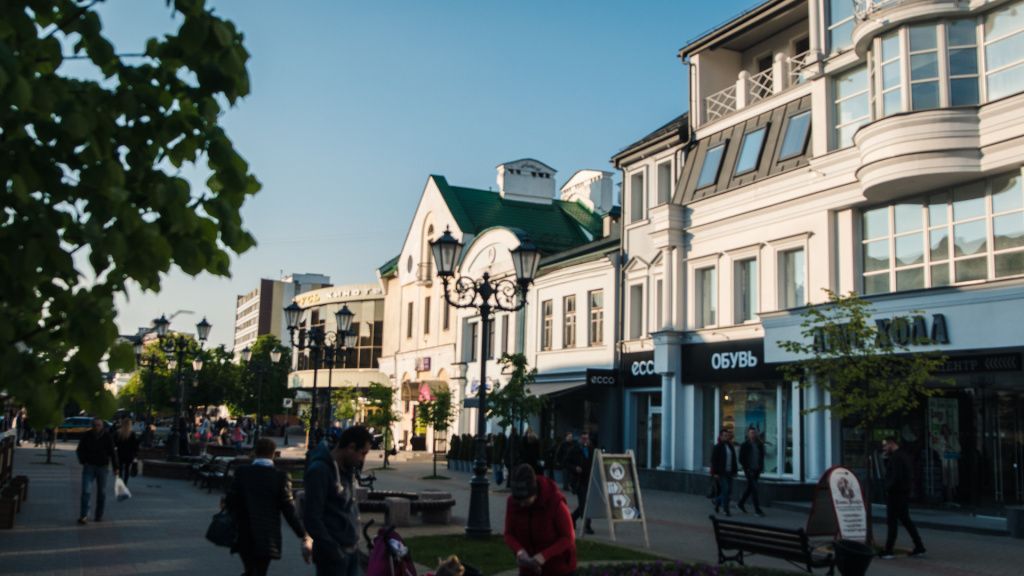 During our visit, the athletes were training on the channel, and the sun was already beginning to set. Making photo became too easy. 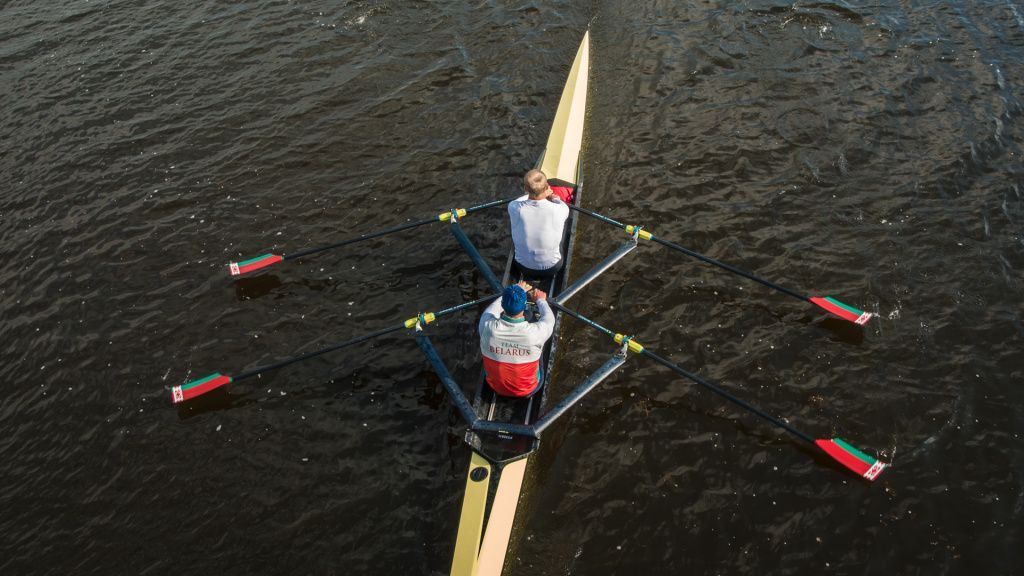 After traveling through 6 cities we went through Mogilev mud, the brakes of our bicycle were already making sounds, and in general all the mechanisms had to be lubricated. The GPS tracker showed that it was already the 180th kilometer of our journey, and that meant that our expedition to Belarusian cities would soon come to an end.
The wind became a little stronger, and somehow thoughts became clear, you forget about everything at once. 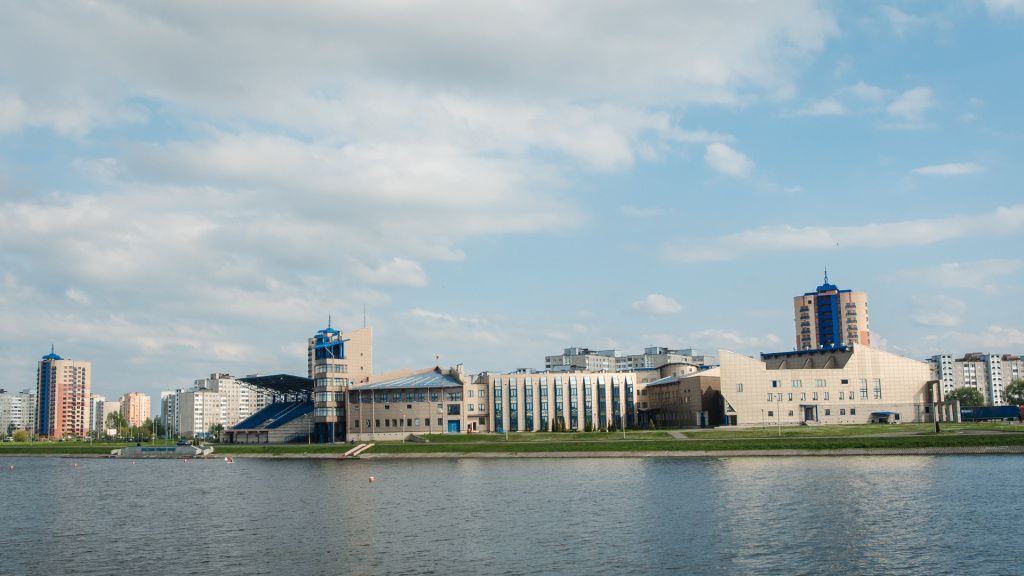 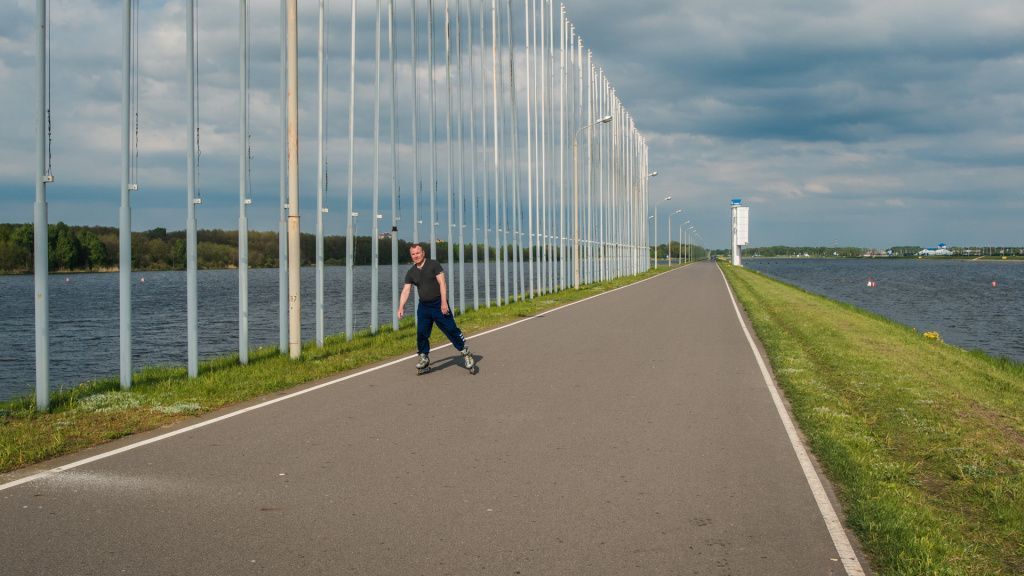 Here you can ski and you can feel good on your bike as well. And you can train with the rowers to speed if you certainly get them to catch up.

We dismounted and sat ashore on the grass to meet the sunset and put up a beautiful spot in our cycling expedition around Belarus. Let me remind you that we already have 6 cities behind: Gomel, Mogilev, Vitebsk, Minsk, Grodno and Brest. Thank you very much to all our guides. It was a good adventure.