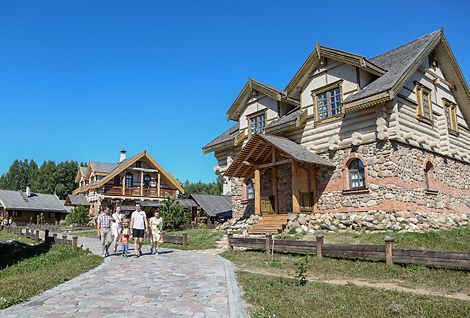 For Belarus 24% of votes were cast. In second place in the ranking of the best countries for agritourism located Italy (22%), France was on the third (20%). Russia won in this category 18%, Georgia - 9%.
Belarus has also entered the top 5 countries for recreation. The best in this nomination became Israel, followed by the Czech Republic, Hungary and Russia.
Online voting took place on the site of National Geographic Russia for almost two months. Top tourist destinations among the most popular leisure activities in 2016 were selected in 23 categories. So, the best country for a holiday in Spain is named. Bulgaria won first place in the category "Family". According to the readers of National Geographic, the leader of excursion tourism was Italy, ski - Austria, adventure - India. Lovers of ecotourism is best to go to Sweden. "Discovery of the Year" was Georgia.

Farmhouse - one of the most successfully developing in Belarus kinds of tourism. The country has registered 2 263 farmsteads, since 2006 the number had risen to 66 times their services in 2015 benefited 294.3 thousand. Tourists. In 2015, Belarus was ranked in the "Farmhouse" National Geographic ranking the second place, losing only to Italy.