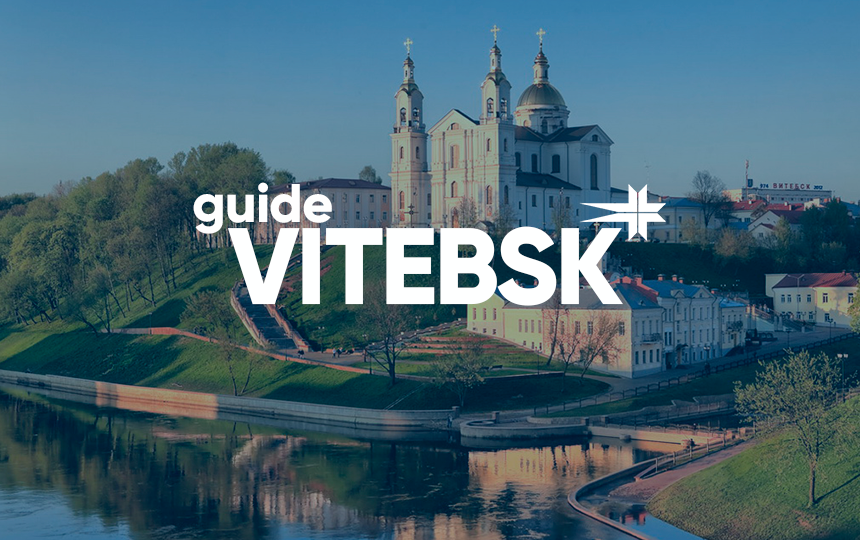 The city of Vitebsk in Belarus: ☑️tourism and cost of living ☑️location and visa ☑️climate and history ☑️lodging and sights

We continue to tell you about the famous cities of Belarus, their tourist content, the secrets of history and useful facts for travelers. This time Vitebsk came to the viewfinder of VETLIVA: a city with rich history and interesting destiny, as well as cool apartments, interesting restaurants and amazing sights. Learn about all this right now!

Where is Vitebsk located?

Vitebsk is conveniently located in the north-east of Belarus on the Western Dvina River. This city is the 4th most populous (after Minsk, Gomel and Mogilev) in the country and the administrative center of the Vitebsk region. 378,459 people live here, love and embellish it, so trust their competent opinion and go with us on an exciting tour of Vitebsk! How to do it? 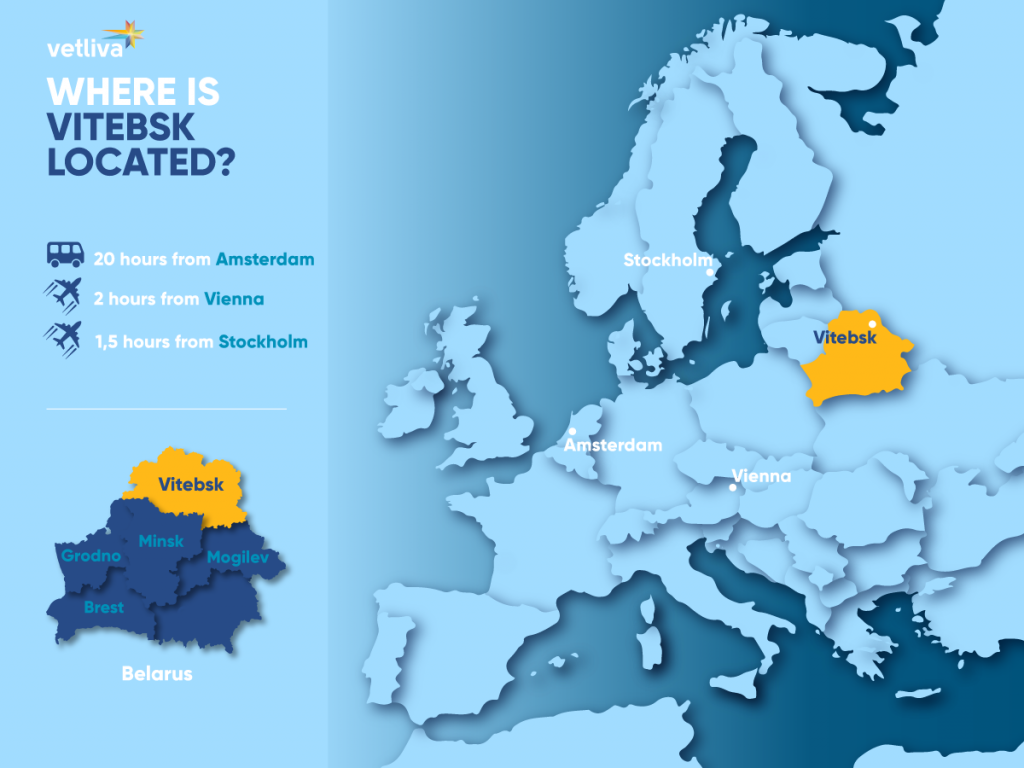 Do you need visa for trip to Vitebsk?

Oh, of course not if you enter the country through the Minsk National Airport and want to spend no more than a month here: such a decree on visa-free regime has been in effect since 2018 throughout Belarus.

And if you bought a ticket for the II European Games 2019 in Minsk, you can safely stay in the country without a visa from June 10 to July 10, while entering through any checkpoint at the border. Use this chance wisely: it is very easy to get from Minsk to Vitebsk by train or minibus, it will take about 4 hours and cost you $6-7.

VETLIVA advice: plan your trip to Vitebsk for about a week from July 9 to July 17: during this period the city hosts the famous festival of culture "Slavic Bazaar": pop stars, contests, food stalls, games, dancing and much more are waiting for you! We talked more about this and other holidays in our calendar of events in Belarus for 2019.

The climate is temperate continental with a predominant influence of sea air masses carried by cyclones from the Atlantic Ocean. The average January temperature is -7.9 °C; the average July temperature is +17.8 °C. Summer in Vitebsk is cool and humid, so an umbrella and light clothing are exactly what you need during your trip. 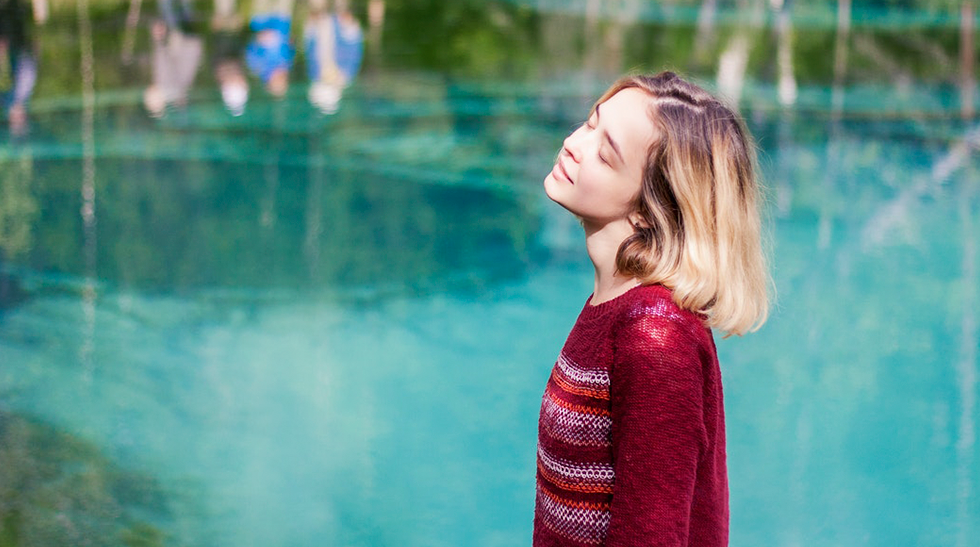 According to the chronicles, Vitebsk was founded by the Kiev Princess Olga in 974. According to other versions, in 947 or 914. And thus, this city became the second oldest settlement of Belarus after Polotsk.

Vitebsk managed to visit the center of its own principality of the same name, and was part of the Grand Duchy of Lithuania and the Polish-Lithuanian Commonwealth. For the latter, by the way, Vitebsk was an important fortress on the eastern frontiers. Due to its strategic position, the city often became the scene of bloody wars, was destroyed by Russian troops, but each time it was revived again. 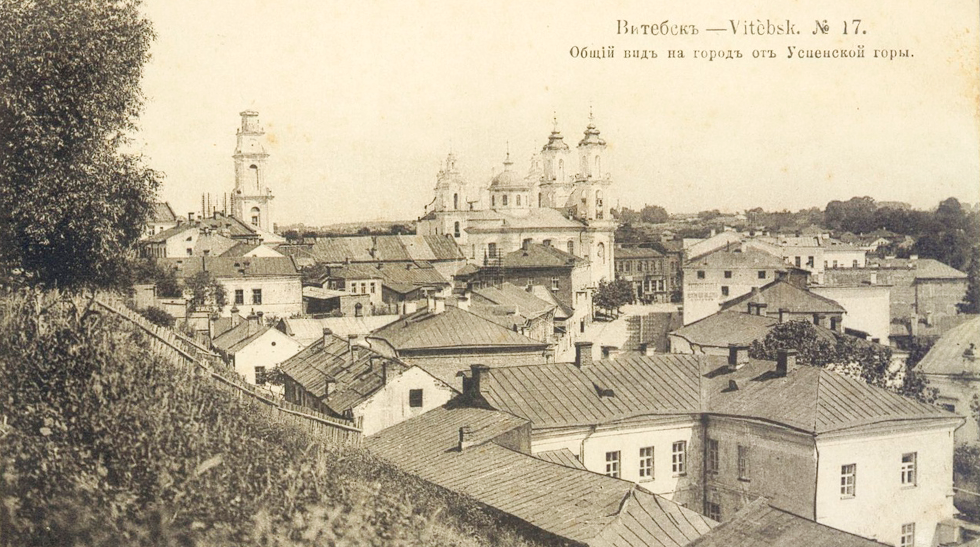 An important period in the history of Vitebsk was the Patriotic War of 1812. From July 16 to October 26, 1812 the city was occupied by French troops. Napoleon’s headquarters were located in the building of the governor’s palace on Uspenskaya Gorka, and on August 3, the emperor celebrated his 43rd birthday.

The first decades of the 20th century brought to the city a flowering of cultural life. In the 1920s, a creative art school was formed, which in the world of art criticism was named the Vitebsk School of Abstractionism, which included the world famous Marc Chagall.

From July 11, 1941 to June 26, 1944, the city was under German occupation. An underground anti-fascist organization was operating in the city. The war brought great losses to Vitebsk. Of the 167.3 thousand people who lived in it in 1939, after the liberation only 118 inhabitants remained. 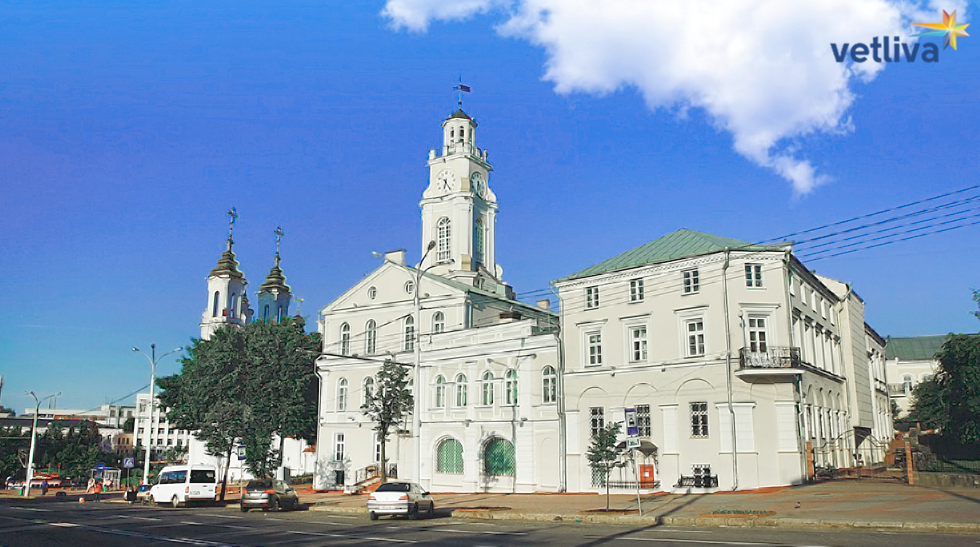 In the first post-war five-year plan the city was rebuilt. In the structure of its industrial complex stands mechanical engineering and light industry, as well as machine-tool construction. The cultural level has risen due to the construction of museums and the Summer Amphitheater, and by now Vitebsk has been developing and opening up on all sides for residents and visitors of the city.

Where to stay in Vitebsk

History is history, but what is needed first of all to any modern tourist? That's right: comfortable accommodation! 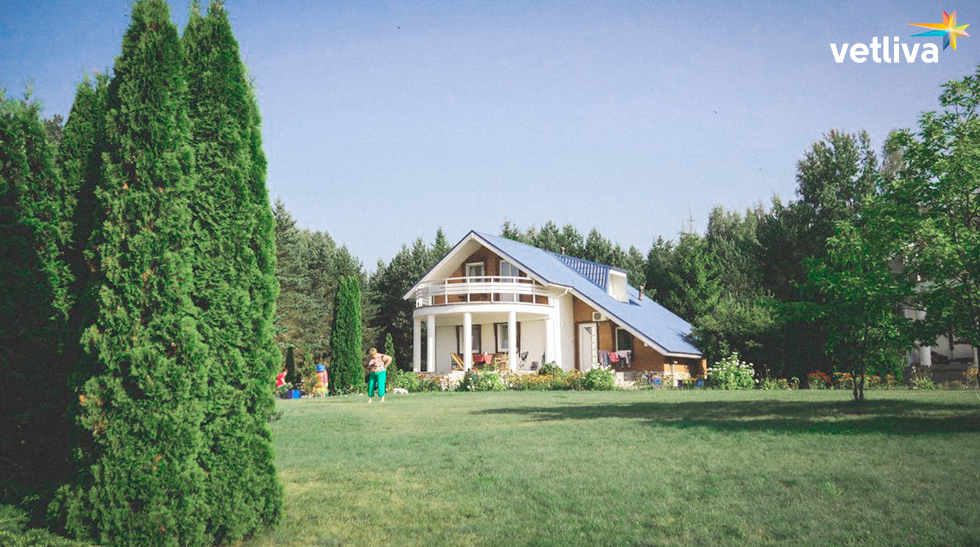 Where to eat in Vitebsk

For active exploration of attractions and hidden corners of the city you need to eat tight and tasty. Vitebsk cafes and restaurants are an example of the fact that even eating can be done with interest and pleasant benefits: Belarusian entourage over a plate of local cuisine, pleasant light music in coffee shops behind a piece of dessert, funny shows and football matches over a glass of beer and pizza. Here are some examples: 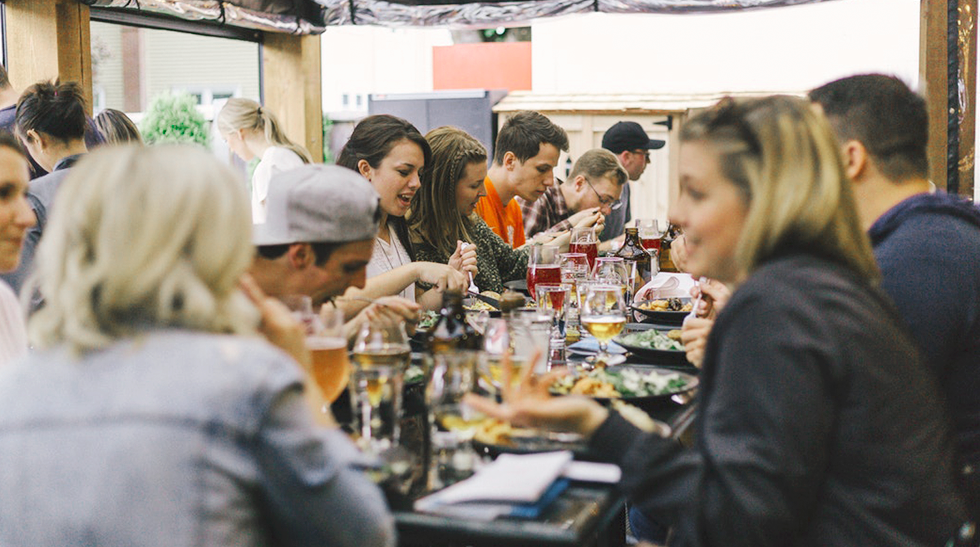 The theater begins with a hanger, and the city begins with the local town hall, so our top places that are worth visiting in Vitebsk will begin with it: 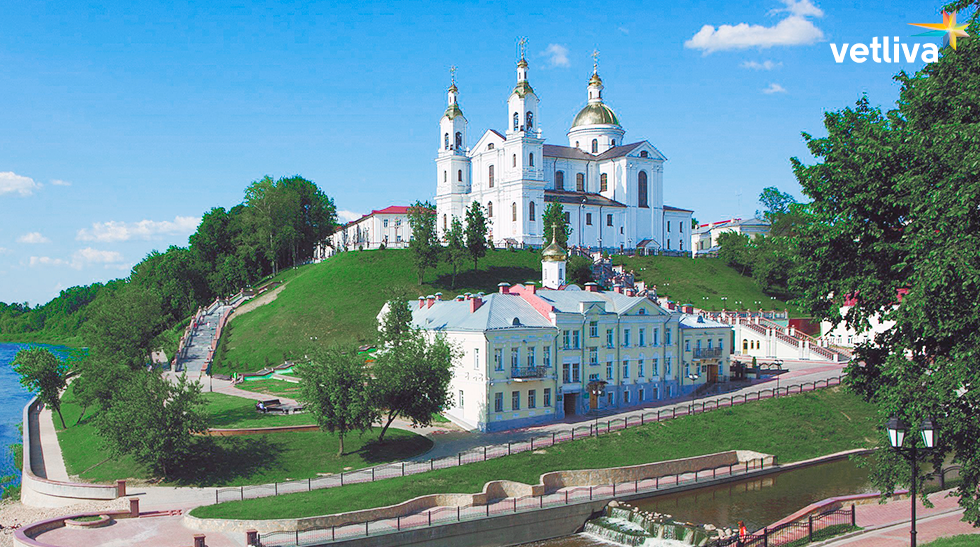 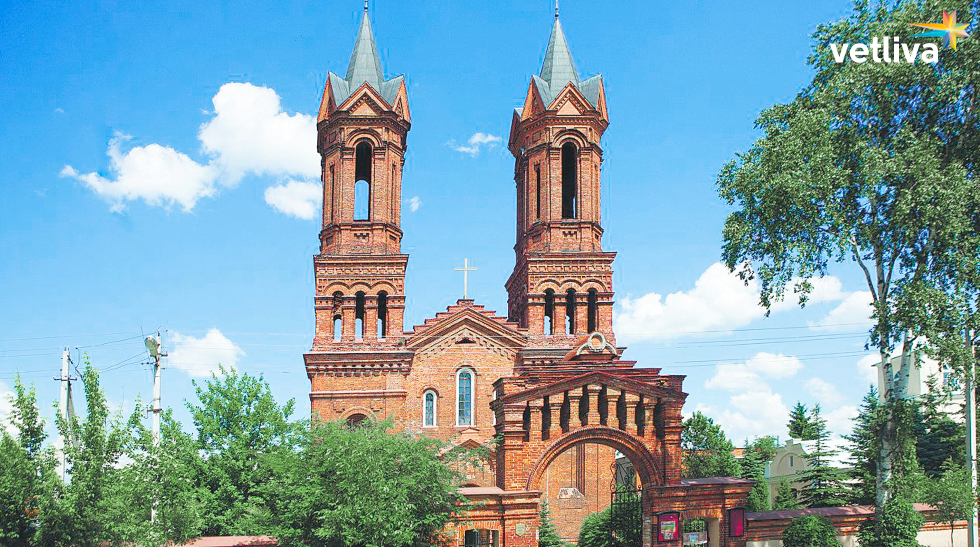 A complete list of attractions of the city will force you to create your own list of places to visit and fill out a tourist diary with hundreds of photos and notes. Be so kind as to do it!

Guide on Vitebsk: even more incredible in the city itself

Naturally, you will get a real thrill only when you explore the city on your own, so be sure to do it as soon as possible: Vitebsk is a real center of the interweaving of history and modernity, in which everything is organic and beautiful.

Put likes, tell friends about us, read our Blog and get into the annals of history with VETLIVA!