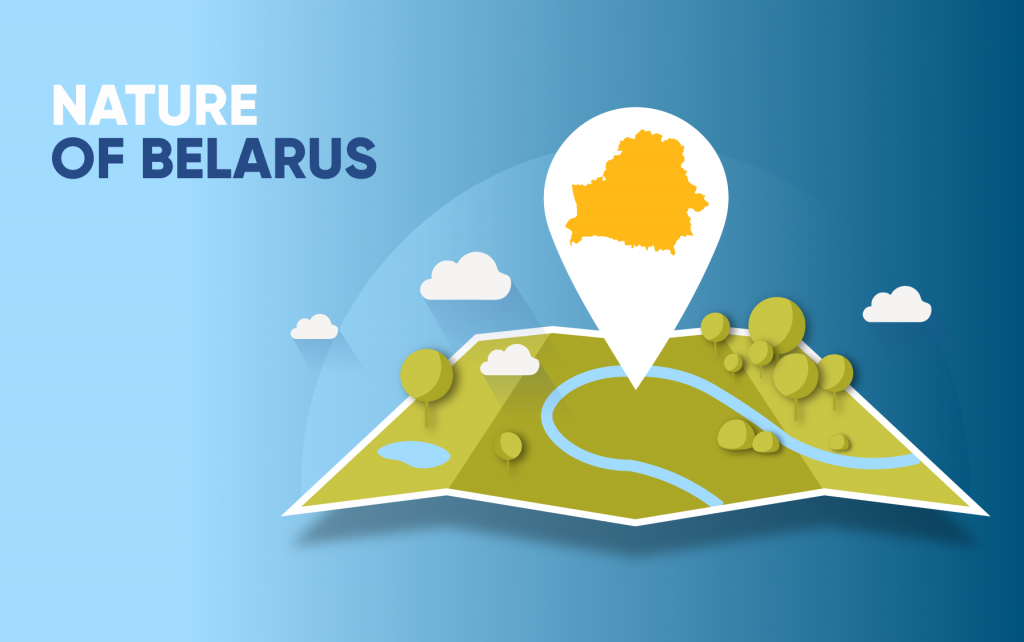 Discover nature of Belarus with VETLIVA: all information about National Parks, most popular lakes and rivers, Olmansky swamps.

We told you so much about the sights of the country and its architecture that you could decide that you now know everything about Belarus. But! In our country, incredible nature, such beauty you have never seen in your life, and if you don’t take our word for it, then now VETLIVA will open for you green curtains and blue floors of our country.

Belarusian nature in details and figures

The nature of each country is unique in its own way and may differ to varying degrees even by region. Belarus is no exception. The nature of the global geological and climatic processes led to the types of landscapes in Belarus and the habitats of animals and plants.

Greenery covers about 93% of the entire country. At the same time, more than 1/3 of the total green cover is accounted for by forests. The country has 28 species of trees, the most common of which are: birch, pine, spruce, oak and about 70 species of shrubs.

The animal world is represented by 76 species of mammals (elk, deer, wild boar, wolf, beaver, hare, etc.); more than 300 species of birds and 60 species of fish are found.

The last glacier (15-10 thousand years BC) made Belarus a lake region, and in the South there is a large swampy lowland known as Belarusian Polesye, which is called the “Lungs of Europe”.

The accident at the Chernobyl nuclear power plant in April 1986 hit the country hard. It was the most serious technological catastrophe in the world. About 60% of the radioactive fallout hit the territory of Belarus. Tourists and travelers may have reasonable concerns about radiation. 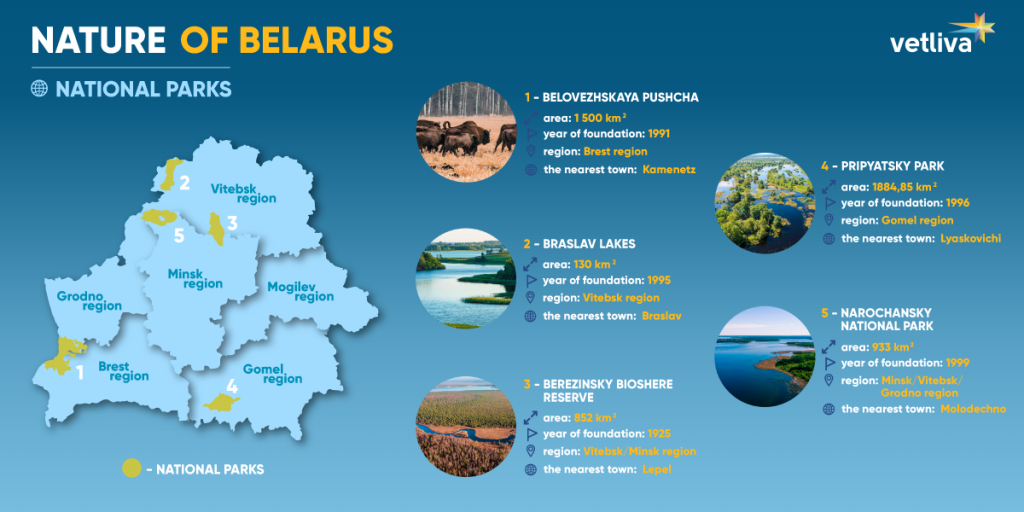 There are areas in Belarus in which a unique landscape has been preserved. There you can find many rare species of animals and plants. For their protection and the gradual restoration of populations, National Parks, State reserves and game reserves were created, which we will now describe in more detail.

Park conditions create favorable conditions for vegetation, which has more than 900 species. The predominant tree species are pine, spruce, oak, birch, and ash. All trees create a unique natural canopy and wet twilight — an ideal environment for low-lying plants and small animals. About one hundred species of plants and mushrooms are listed in the Red Book of Belarus.

The fauna of the park is also different. Belarus is known for the largest bison population in the world. More recently, brown mordved has reappeared in the Pushcha. Beaver, squirrel, wolf, fox, hedgehog, hare, wild boar and various amphibians and reptiles are also found here. Among the most common types of fish are pike, roach, tench.

Hint from VETLIVA: in Belovezhskaya Pushcha you can stay in a beautiful cottage, and also see the Belarusian Grandfather Frost! Do you know how he differs from Santa Claus?

Endless water, incredible sunsets, unimaginable species of animals and birds and a feeling of freedom and unity with nature: these are all Braslav lakes. Within the boundaries of the national park are a number of interesting monuments of nature. These are separate distinct glacial landforms, large boulders, islands on lakes, groups of rare trees. There are numerous historical and cultural monuments: ancient settlements of different eras, burial mounds, religious buildings.

The national park has a rich and numerous composition of the animal world: 189 species of birds are found here, of which 45 species are rare and endangered. Botanists counted in the park about 500 species of flora, 20 species of them are rare for Belarus. In the national park "Braslav Lakes" scientific activities are conducted. 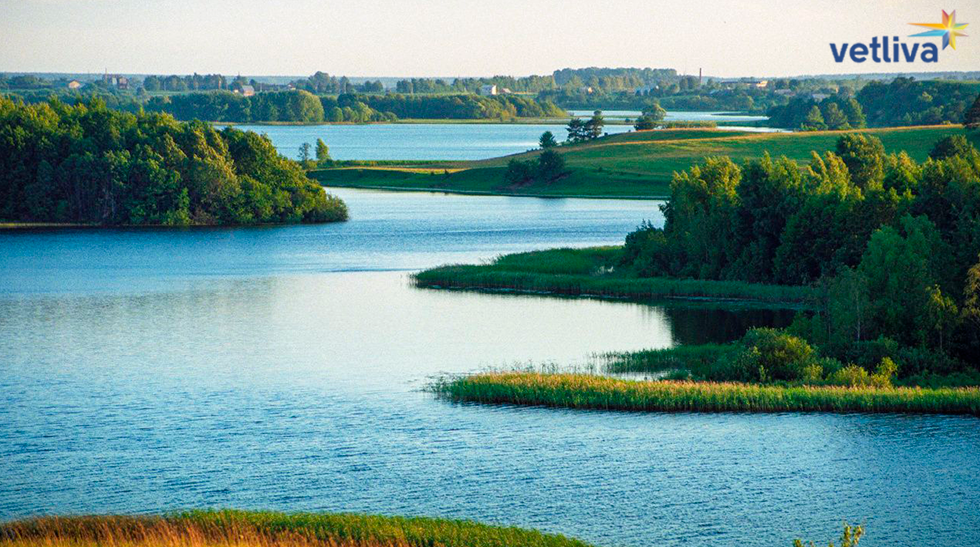 Rest with VETLIVA: on the Braslav lakes there is an excellent recreation center where you can relax on the shore of the lake.

Initially, the reserve was created exclusively to save beavers (funny, given that now in Belarus you can buy sausage from beaver as a souvenir). Now Berezinsky Biosphere Reserve is included in the UNESCO World Network of Biosphere Reserves and is engaged in the protection of animals listed in the Red Book. 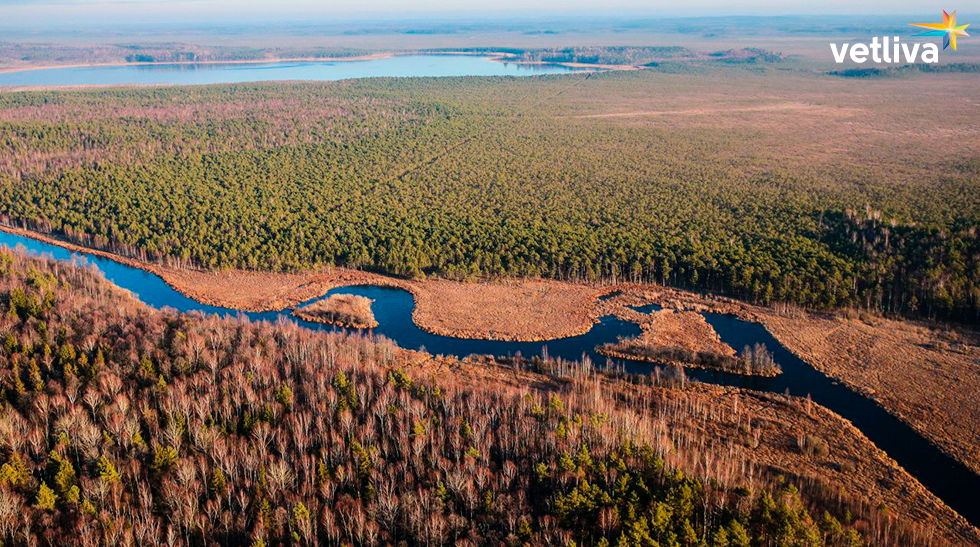 Due to its biological diversity and the uniqueness of natural complexes, the reserve is of exceptional importance not only for Belarus, but also for the whole of Europe. There are four types of ecosystems: dense forests, swamps, fleet waters and clean meadows. For over 50 years, the Museum of Nature has been operating in the Berezinsky Biosphere Reserve, where about 300 species of animals are represented.

Pripyat National Park is a real and original work of art. Rather, nature. The area is characterized by high water logging, during floods up to 70% of the national park area can be flooded. The Pripyatsky National Park is a dense network of large and small tributaries of the Pripyat River and numerous ameliorative canals that were created during the activities of the Western expedition to drain the Polesia marshes in the late XIX century. The territory of the park from the north is bounded by the right bank of the Pripyat River, from the north-west by its tributary by the Stviga River, and from the east by the Ubart River. 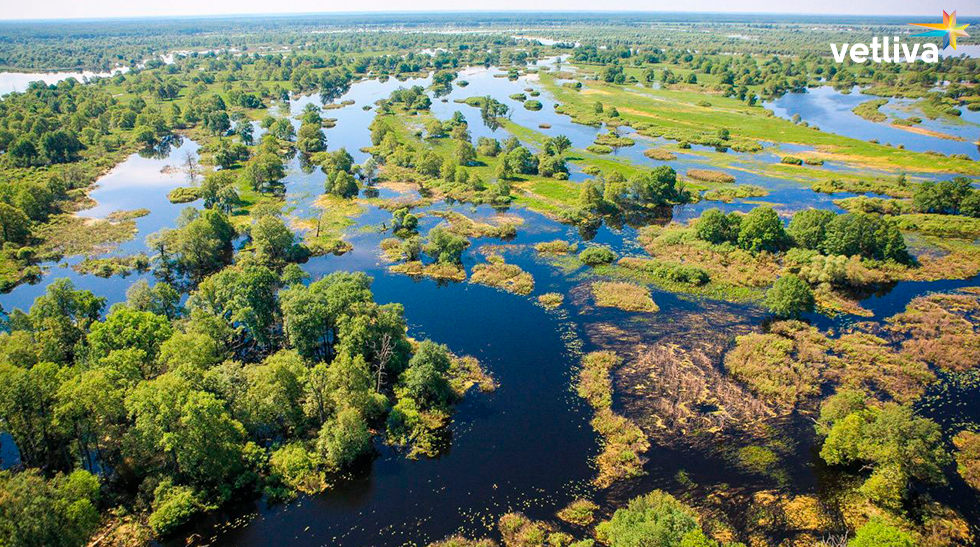 It is home to 51 species of mammals, 37 species of fish, 246 species of birds. And here a huge amount of cranberries grows: amazingly useful berries with unique properties, which are served in Belarus as a dessert: berries in sugar. Be sure to try when you arrive!

On the territory of this park there are about 40 lakes. All of them are surrounded by pristine forests with rare species of animals. The water in the lake is very clean, which allows breeding of whitefish here. In the flora of the national park there are about 900 species of higher plants, of which more than 30 are rare and endangered species.

At least 243 species of terrestrial vertebrate animals inhabit the territory of the national park: 10 amphibian species; 5 species of reptiles; not less than 179 species of nesting and about 40 species of migratory, wintering, migratory birds; 49 mammal species; 32 species of fish. 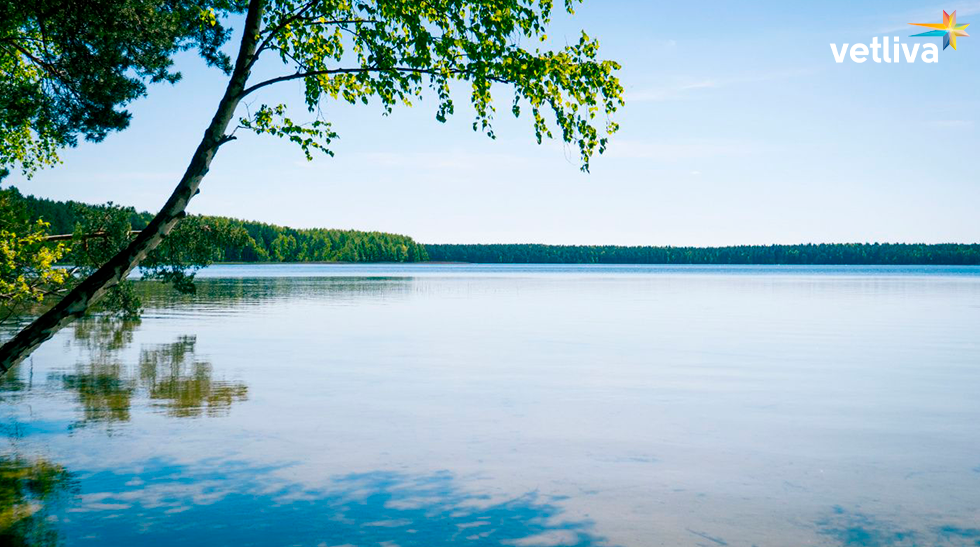 VETLIVA advices: almost near every lake and river you can relax, so a complete list of these places you can find right here.

In addition to amazing and grandiose reserves and national parks in Belarus, a huge number of individual lakes, rivers and other unique natural places. And we will tell about them now!

Olmansky swamps is the largest complex of upland, transitional and lowland swamps in Europe, which has survived to its present day in its natural state. On the territory of the marshes in the Belarusian part the reserve was created. About 40% of the territory is occupied by open swamps covered with moss and birch trees. The main differences of the Olmansky swamps from other swamp complexes are in the stability of the hydrological conditions, preservation in their natural state and in large sizes. 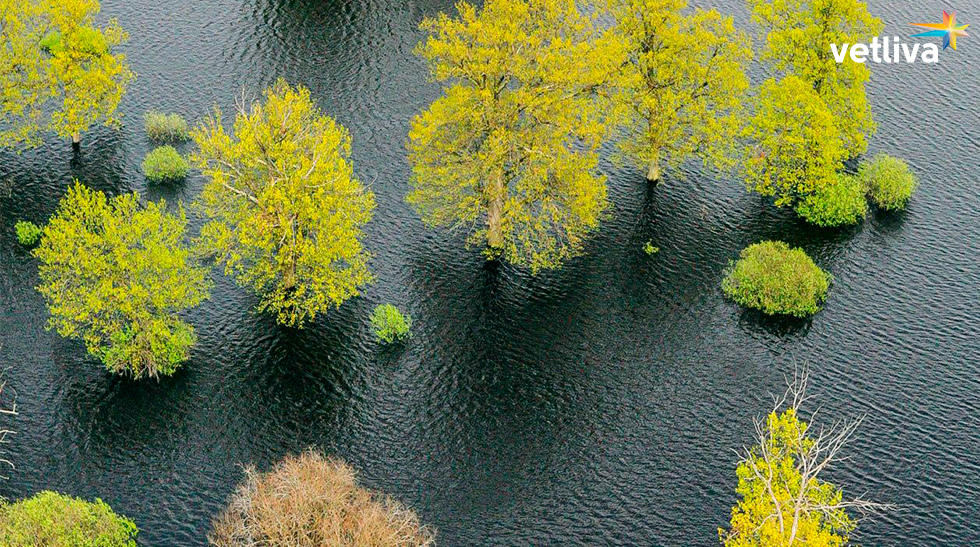 Naroch. Lake in the Myadel district of the Minsk region and the biggest in Belarus. There are many species of fish and birds, and also Naroch is included in the Narochansky National Park (yes, they are again). Amazingly beautiful lake, ancient and magnificent in its pristine purity. 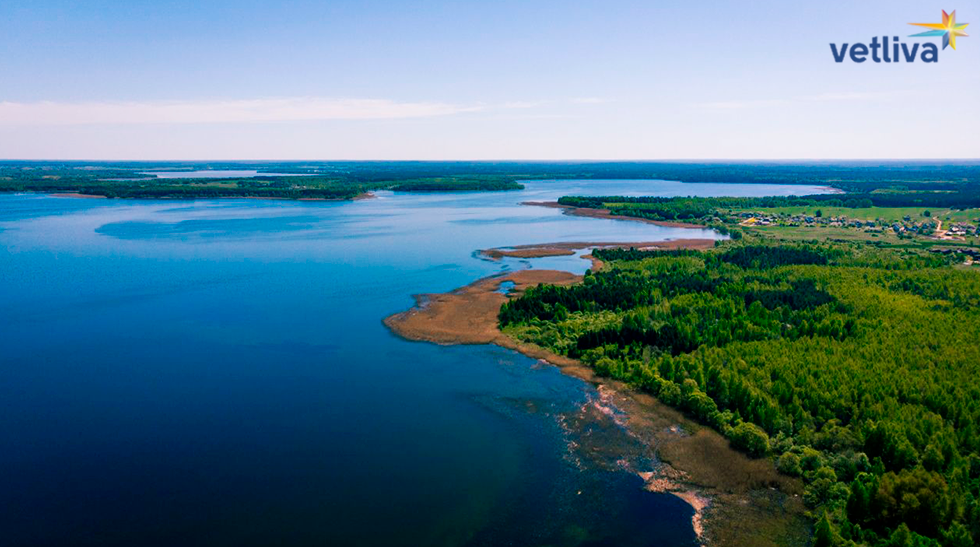 Cretaceous lakes. Under Soligorsk in the Minsk region there are Belarusian Maldives: lakes with clear blue water, dangerous and beautiful. Locals here often bathe, but it is better for the unknowing not to climb into the lake. But you can take pictures of this beauty from any place. Also cretaceous lakes could be seen in Grodno and Volkovysk. 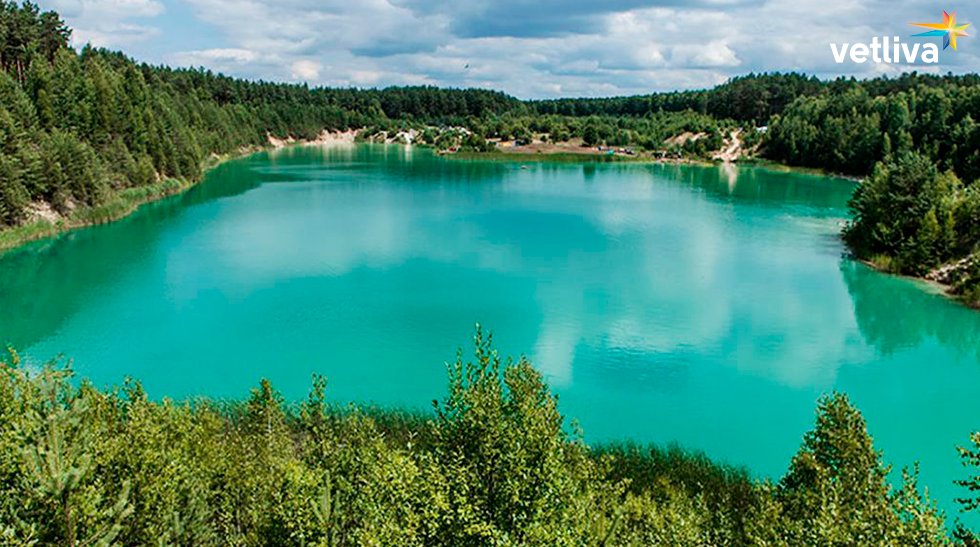 Svityaz. Lake in Novogrudsky district. The lake is framed by a massive emerald necklace — a dense forest ring of a kilometer width. In the lake grows a lot of relict plants. The most mysterious is the presence in the lake of a very rare plant form tetradinium javanikum, which is described only for Java. In well-preserved forests there are a lot of blueberries, cowberries, strawberries, forest thickets among a wide variety of herbaceous vegetation — rare orchids. 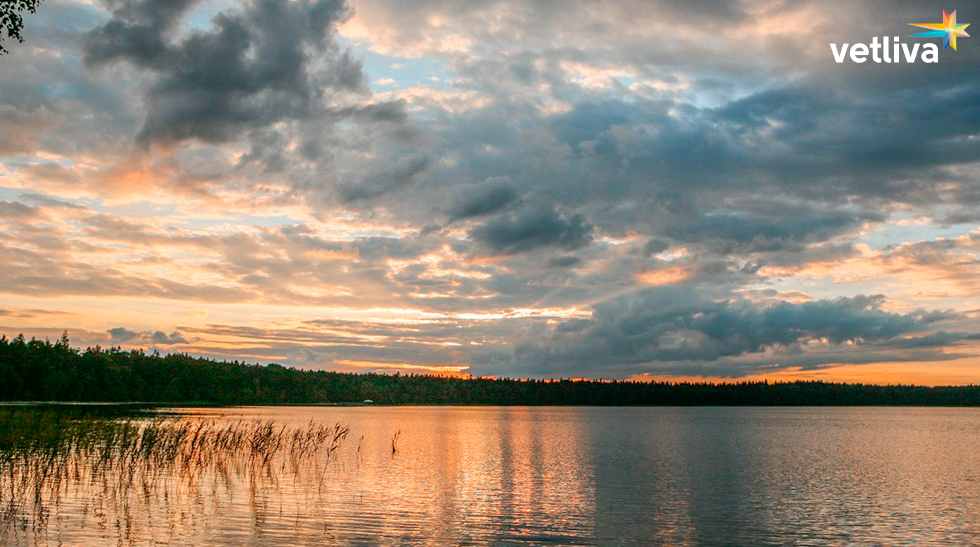 Obsterno. Lake in the Vitebsk region. Magnificent beauty is a place that is especially popular with fishermen: the lake is characterized by clean and relatively clear water, and whitefish, whitebait, ide, tench, bream, crucian carp, burbot, and pike perch live in Obsterno. 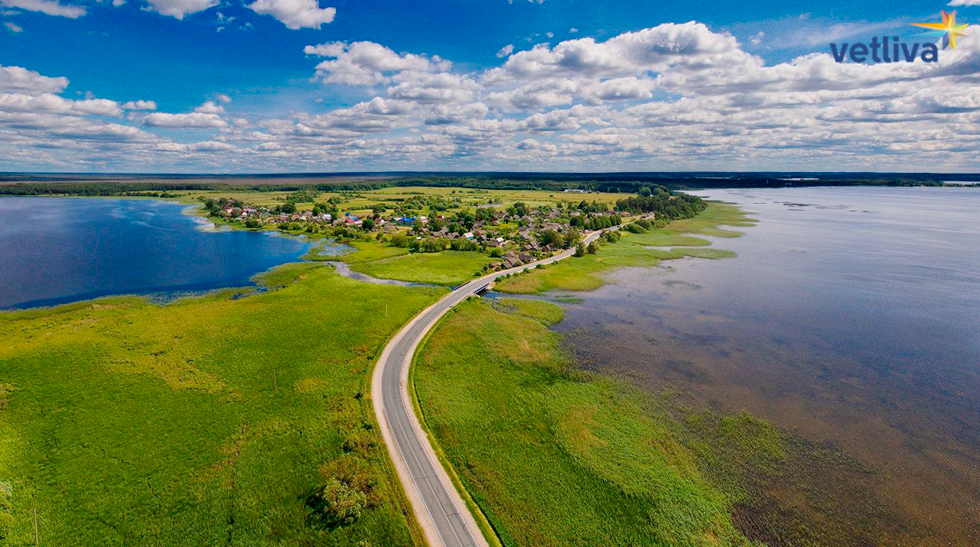 Zaslavskoe reservoir. We could not get past this place, because this is the very lake that is called the Minsk Sea. Favorite vacation spot in the summer of Minsk residents and residents of the region, because there are beautiful beaches, amazing sunsets, beautiful coniferous forests and even the rental of sailing boats and yachts! 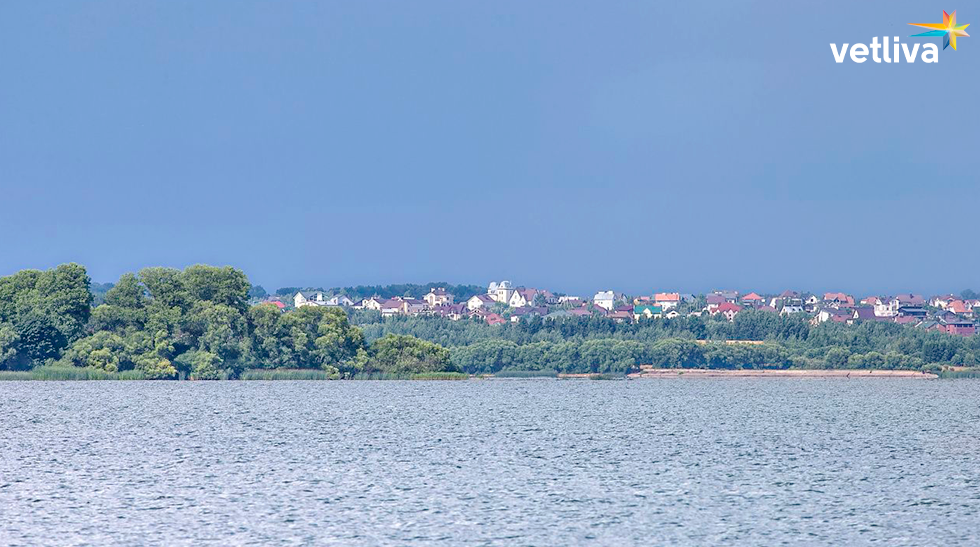 VETLIVA tells: we have already talked about how nature helps you to improve your health (even in 2 parts!). Therefore, do not forget to learn more about the sanatoriums on the shores of lakes and rivers.

We have consecrated only a few incredible places in the country, and yet there are still a huge number of them: in addition to blue lakes and fast rivers, you can find terracotta deserts, stone hills and mountains, endless flower meadows and waterfalls. Belarus is beautiful in its original splendor that you need to see with your own eyes.

Put likes, tell friends about us, read our Blog and relax in nature with VETLIVA.