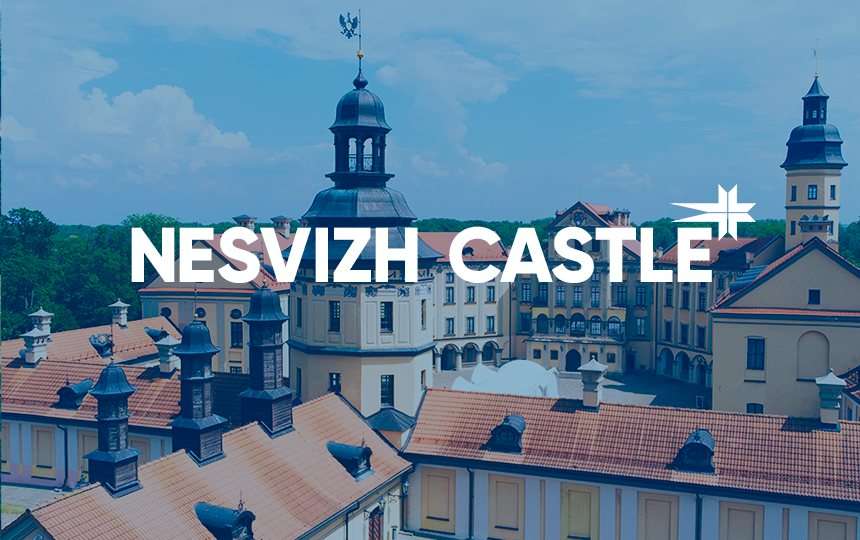 Explore Nesvizh Castle in Belarus with VETLIVA: 10 secrets about the interesting place you should know before visiting it.

Another mega-popular among Belarusians and tourists castle, a UNESCO heritage site, a museum with a bunch of hiding places and ghost legends: VETLIVA has already told about the incredible secrets of Mir Castle, and right now we are going to visit its brother. Look to the left, right now we see Nesvizh Castle from the window of our tourist bus! 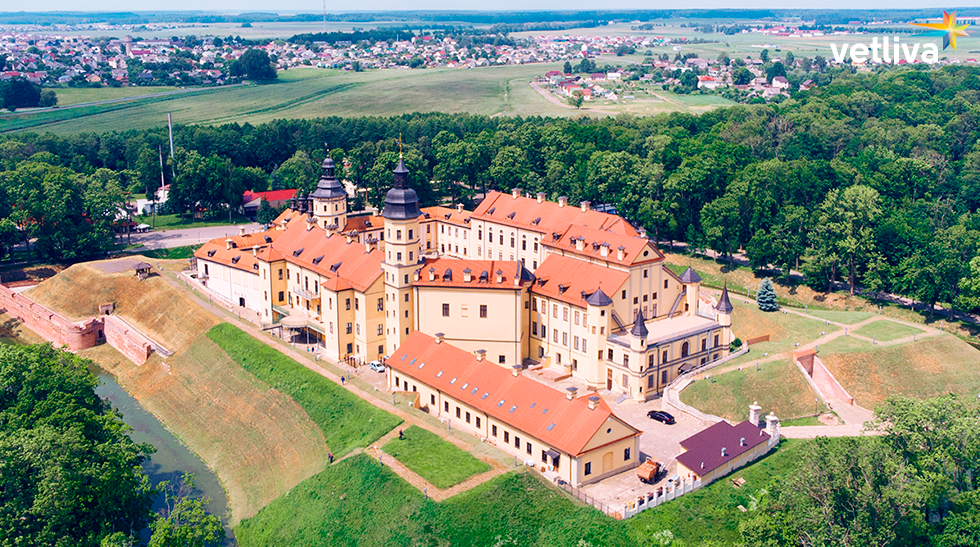 How the name of the city arose no one can say for sure. There are several hypotheses and legends. One of them says that there used to be a big hill in the area of ​​Nesvizh — the Mountain Unseen, because of which there was nothing to “svidet” (=“to see”). Then it washed away into several smaller hills, but out of habit the city was called “Nesvizh”.

The hero of the second legend is one of the princes of the Radziwills who hunted in the surrounding forests. There was a lot of mining, so servants could not immediately take their trophies away. They had to leave the carcass of the bear personally killed by the prince, after which the servants had to return. They were not in a hurry so the carcass was spoiled. Since then, these places are called Nesvezhimi (="stale"). 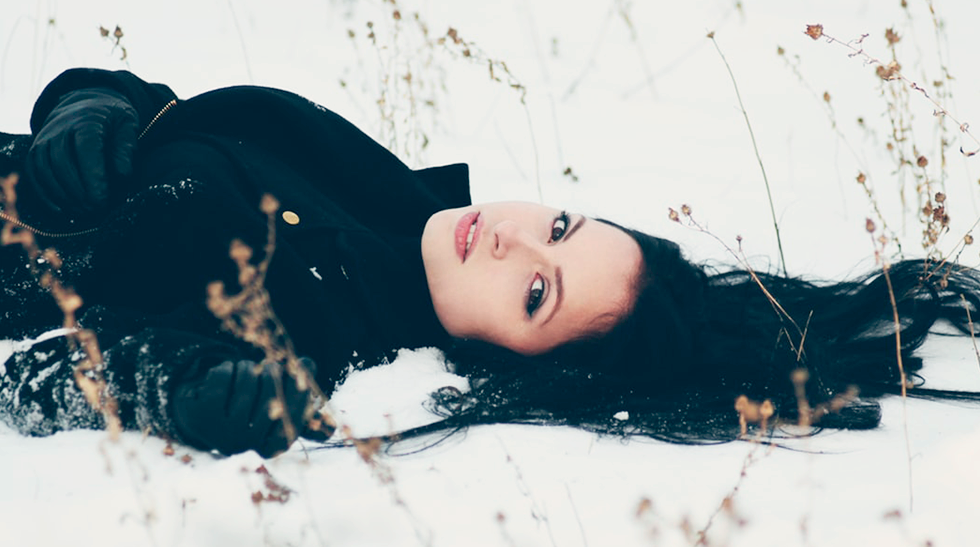 At the entrance to the territory of Nesvizhsky Park there is Farny Catholic church, built in the 16th century. If you ask the servants well, you can get into its cellars, where the Radziwill family crypt is located. There are 72 coffins in the room, the last burial dates from 1999. Particular attention attracts the "humpback" coffin.

According to the legend, a girl frozen in a forest was buried in a coffin, her body curdled in a crooked pose could only be buried in the uneven coffin. The truth is that in the “humpback” coffin is a lady of respectable age, and the hump is a vase with flowers, installed by loving relatives. 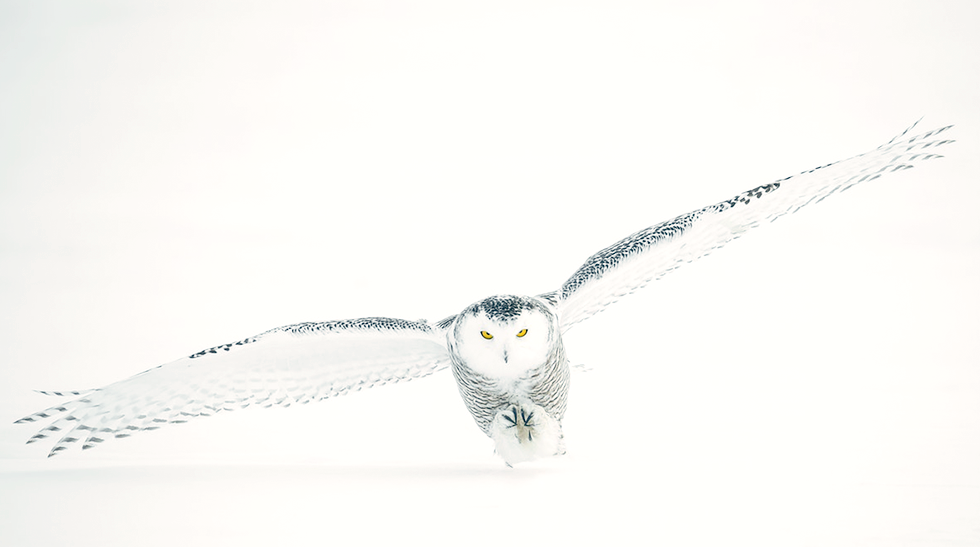 Another legend is connected with the family tomb. In the extreme side room there are 2 large coffins and 12 children's ones. Legend has it that one of the princesses children died at a very young age. According to various sources, this is either her 12 children or seven children and five grandchildren. The unhappy woman wore mourning all the time, and after death she turned into an owl and began to fly in to the children, and mourn them telling horror at people passing by.

Dungeons, dragons and some gold 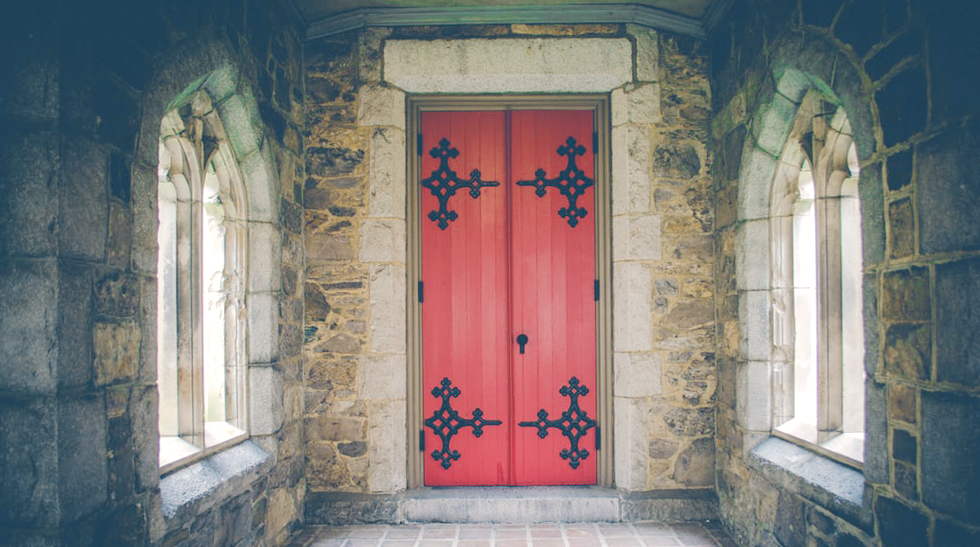 We already told about the mysterious dungeons connecting the Mirsky and Nesvizhsky castle in the article about the first one. In addition to these underground passage, there are several more in the Nesvizhsky castle, in a worse state, there will be no access to them. The appointment of some of them has not yet been determined. The beginning of one of them is in a small room, about 20-25 square meters, in this room there are no windows or doors. You can get into the room through a hole in the wall, discovered by chance. 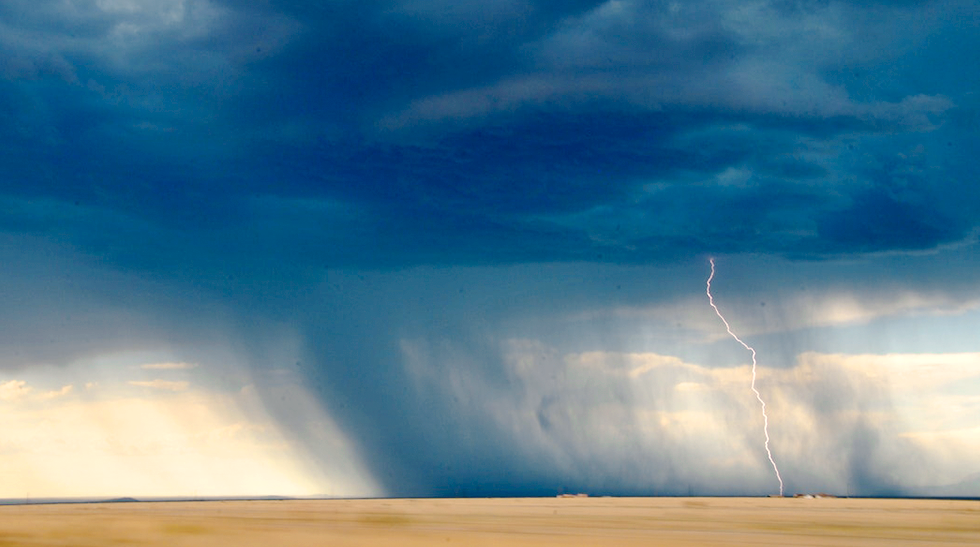 Pan Karol Stanislav Radziwill was an amazing person and local favorite. Once he bought something like a dynamo machine in France: it had to be spun, then a charge was accumulated and people nearby were hitted with a lightning. Karol tested the machine on the guests that had come to his masquerade, then he did a long spin, and a lightning broke out outside. Of course, it was not what was planned, but after that Karol called himself the lord of the thunderstorm and asked to be called that way.

The guests dispersed and everything seemed to be over, but one of the guests at that moment in Slutsk got lightning and his house almost burned down. The victim came to Karol and asked whether he still considered himself as thunder lord. After the affirmative answer he asked for compensation for the damage caused by a thunderstorm, there was nowhere for Karol to escape.So he gave the full amount, and ordered the machine to be disassembled and hidden in basements. 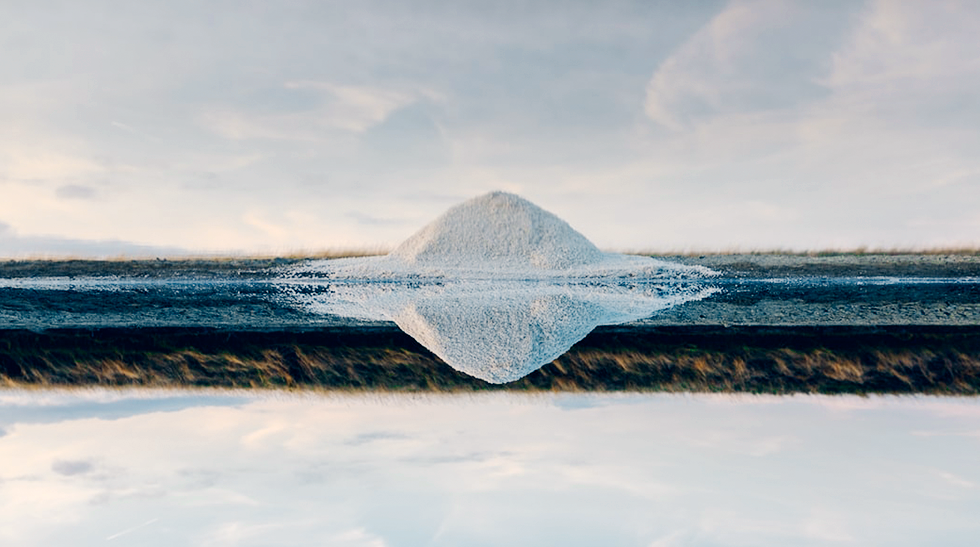 The same Karol Radziwill at one of the many parties promised guests a sleigh ride, and it was the middle of July outside. For one night, the whole space around the castle was filled with tons of salt, which at that time was very expensive. Thus, the guests received the snow-covered fields of Nesvizh, and the residents of the city — the opportunity to take salt for free. 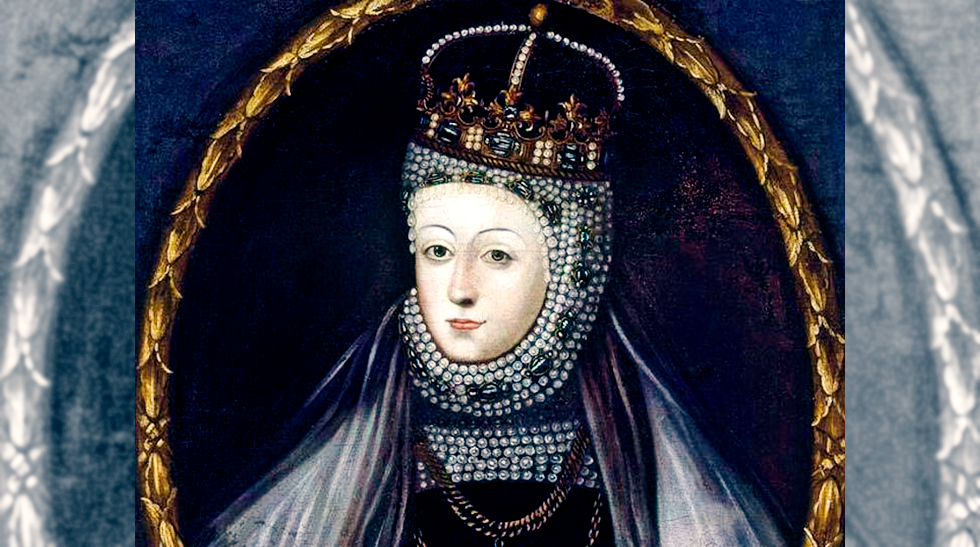 The castle has its own ghost — Black Panna Barbara Radziwill, a victim of ardent love and palace intrigues.

Barbara Radziwill and Sigismund II Augustus were peers, they loved each other and secretly married. The tragic story of a young couple was full of horrible moments: their love was tested for strength by the hatred of Sigismund's mother, his betrayals, the curses of the crowd and, finally, the death of Barbara herself. We already told the full legend of the formation of Barbara as a famous ghost in the article about the secrets of the Belarusian castles. 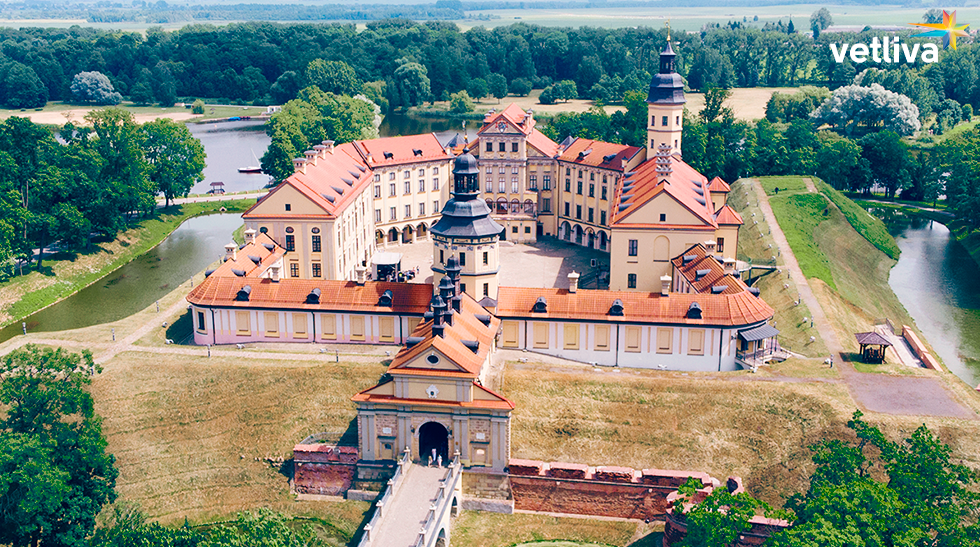 The beauty of the architecture of the castle is the merit of the Italian Baroque master: until 1599 Italian architect Giovanni Maria Bernardoni participated in the construction of the castle.

Nesvizh Castle is the ancestor of a new type of bastion fortifications in Belarus — the so-called new Italian system. At the time of construction of the castle was considered one of the most powerful and perfect buildings of this type. Externally, the palace always looked very romantic: a monumental building with harmonious towers of different sizes, raised above the water, sinking in the greenery of the trees. 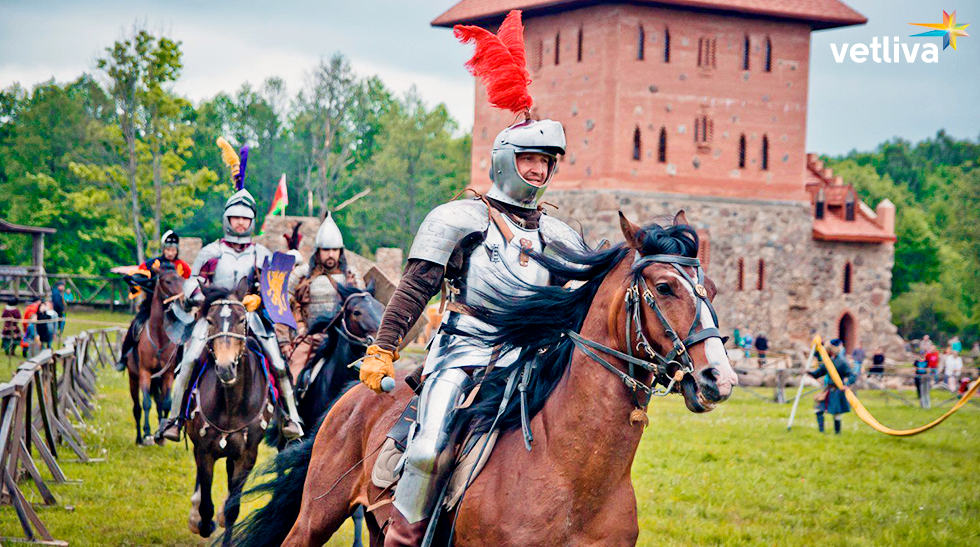 Nesvizh Castle is a closed complex of buildings that combine the features of many architectural styles from Renaissance and Baroque to modern and neo-classicism. The palace, the arsenal, the southern and eastern galleries are open for visitors, where various exhibitions of museums in Belarus are represented (there are more than 30 exhibition halls here). Anyone can admire the magnificent parks, inaccessible walls and elegant chambers of aristocrats. Balls, reconstructions of historical battles and knightly tournaments, concerts and theatrical performances are arranged here. 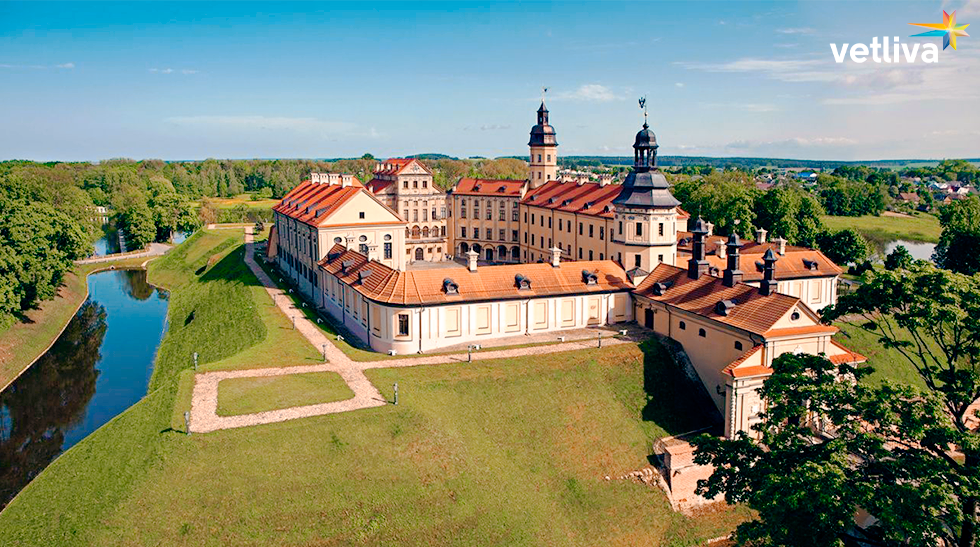 Not only the castle is impressive, but also its surroundings: According to the time of laying, layout and architecture, selection of plantings, Nesvizh Park Ensemble is divided into 5 parts: Castle Park (11 hectares); Old Park, or Ozerin (16 hectares); Japanese Park, or Plintovka (7 hectares); New, or Marysin Park (22 hectares) and English Park (10 hectares). Landscape plots are combined with Wild, Zamkov and Bernardine ponds. The area of the parks together with the reservoirs was about 100 hectares.

It is not for nothing that Nesvizh Castle is so popular among tourists: it is beautiful, large, ancient, full of surprises and interesting places for photos. Even here he conquered various tops: in the article about the secrets of Belarusian castles and the top of the best sights of Belarus. Well, we believe that you yourself have already understood how much this castle is worth visiting.

Put likes, read our Blog and get acquainted with ghosts with VETLIVA!