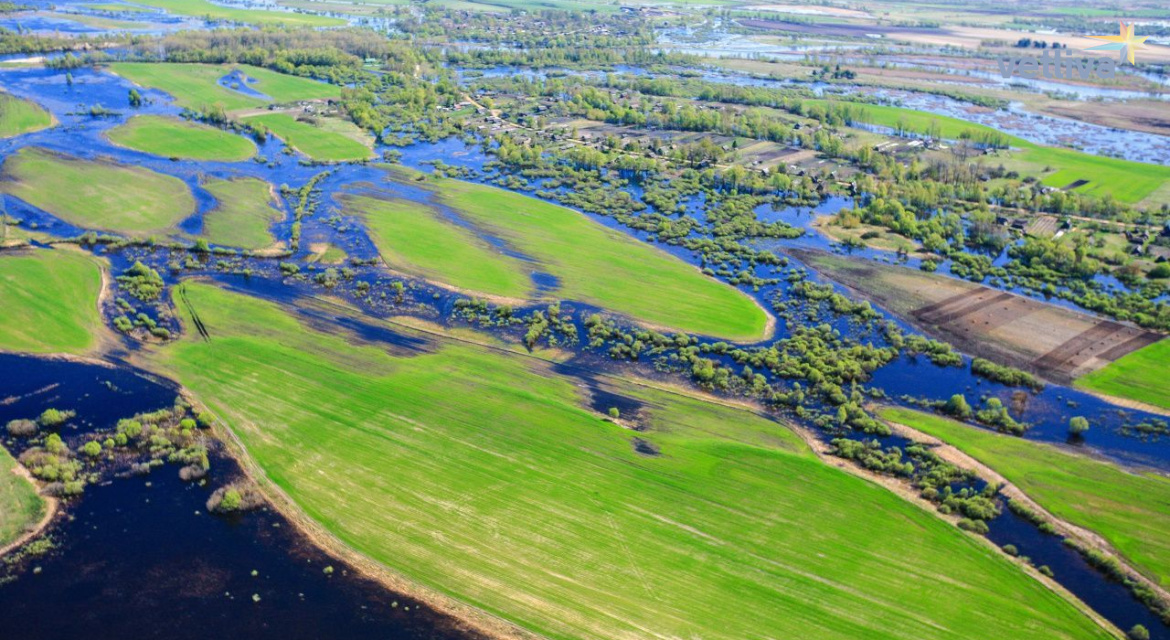 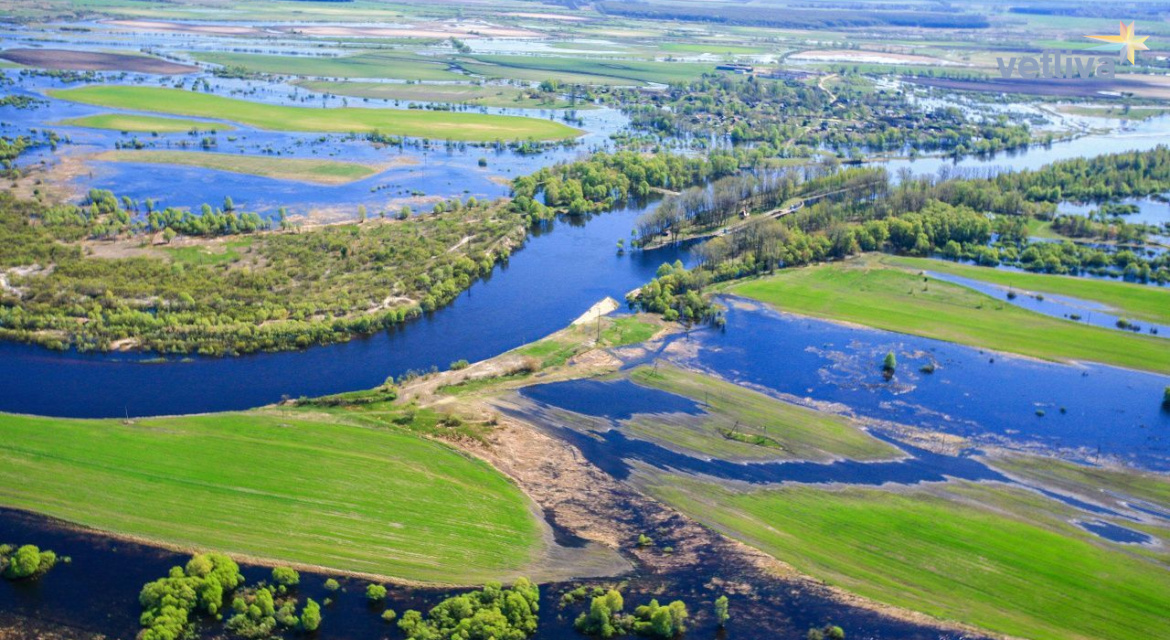 The nature preserve with the same name “Middle Pripyat” is located right in the floodplain of the Pripyat River in Stolin, Pinsk, Luninets and Zhitkovichi districts. Rare representatives of flora and fauna found room on the territory of 90 thousand hectares. The water-marsh land is of international importance, probably that’s why thousands of tourists come here to get to know the beauty of Polesye.

Firstly, the territory of the preserve is very important for water-wading birds’ nesting. You can see here a great number of birds of passage, including rare species, which are included into the Red Book of the Republic of Belarus. This unique place is included into the list of the most popular for organization of the ecological tours along the vast places of Belarus.

The uniqueness of the preserve: several factors

Rare birds, which nest at flood plain rivers, mailny are occured here. The Pripyat River is a good example of, probably, the only one of the major European rivers least disturbed by human activities. “Middle Pripyat” numbers 52 species of birds in all, 39 of them nest just nearby the rivers.

The area of the preserve is enormous indeed: ideal conditions were made for living of 20 thousand waterflowl birds on its territory.

The Eurasian bittern is a rare bird not only on the territory of Belarus but all over Europe. About 1% of the individuals nest just in the Pripyat floodplain. If the conditions are right, this bird species is capable of keeping its population and of constant progeny continuation. You can meet the rarest birds species, which are under the protection all over the world: black stork, black tern, white-winged tern and gadwall.

The floodplain of the Pripyat is also a wonderful place for rare fish species keeping. The great number of Polesye fish swim in the depths of the river.

The waterbody itself, giving home for many mammals of “Middle Polesye” is an enormous river 761 kilometers in length. It is the most important waterway of Polesian Lowland.

The plant life of the preserve

Various landscapes can be seen on the territory of the preserve: marshy areas, deep swamps, boundless meadows, dense oak-groves and impassable forests of balck alder.

725 species of plant are registered in all, including rare species, growing exceptionally in Polesye. The world of flora in “Middle Pripyat” is almost untouched by man. The locality of the preserve remains fairly developed from utility point of view because of inaccessibility of the floodplain of the Pripyat River.

11 plant species, which can be seen in “Middle Pripyat”, are included into the Red Book of the Republic of Belarus. Many of them are unique and represent a cultural value for our country. For example, fen violet, rue-leaved saxifraga and small-flowered bittercress grow predominantly at the floodplain of the Pripyat River.

The fauna world of “Middle Pripyat”

The world of animals in “Middle Pripyat” is varied. This is due to various lanscape types, favourable for a living of many rare mammal species.

According to the last counts, 36 kinds of mammal, 182 species of bird, 10 kinds of amphibian, 6 reptile and 37 fish species dwell on the territory of the reserve.

There are the largest in Belarus European polecat, american mink, various species of beavers and eurasian otter breeding grounds. Swamps and forests are the places of wild boars and elks inhabitation.

An ecological and educational centre operates in the reserve, which tells in detail about "Middle Pripyat", gives detailed information about its inhabitants. It organizes environmental and ornithological tours in Polesye.