Waterfalls on the Vyata River

Waterfalls on the Vyata River 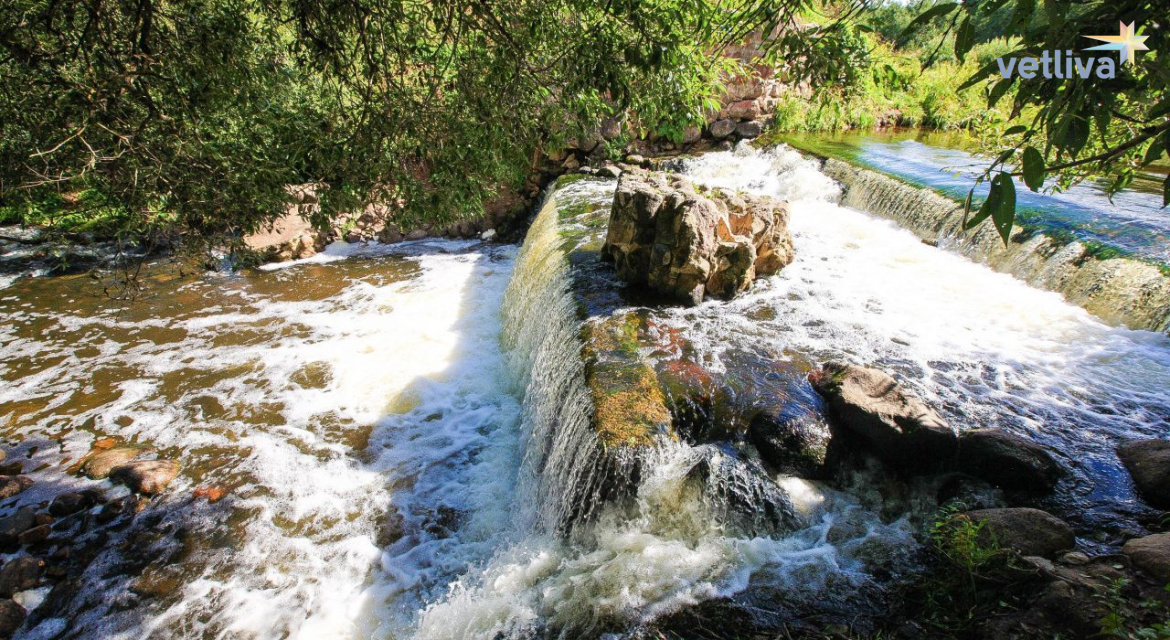 Many tourists from different parts of the country prefer visiting natural attractions of Belarus to historical monuments. Landscapes are not only interesting to local historians and ordinary people but also they may cause euphoria with its scale and uniqueness.

Between fields and woods

Waterfalls are located in Miory district, Vitebsk region, and considered one of the biggest attractions of the region. According to some sources, they belong to Alexandrina village but it is more than 4 km southeast from waterfalls. It would be better to refer them to the nearby village of Suromschina.

Few visitors can determine by looking at the rapid flow of the Vyata River that these waterfalls are artificial. They were created for a particular purpose.

A paper factory was built in Miory district in the early XX century. It was specialized in the processing of aspen trees. First, the mill was added to it but it was useless. By the way, the picturesque ruins of this mill can be seen on the other side of the river.

Then it was decided to use all the possibilities of the Vyata River – so a power plant was built on the river bank. It was able to provide electricity not only to the entire plant but also to Miory district.

In order to improve the efficiency of HPP, it was decided to erect a two-meter stone wall, so water would have flowed rapidly. So the largest waterfall appeared in those lands. There was also a smaller one.

The power plant stopped functioning in the 60s of the last century, and since then the waterfalls live their own lives.

Numerous routes lead to the Vyata River. So the territory was improved near the waterfalls. Gazebos, recreation areas, benches appeared. Anyone can stand under the water jets or have a swim in the river.

Since 2011, the government is looking for an investor who would help to make the waterfalls a real tourist attraction. It is necessary to arrange a convenient access to waterfalls and create a parking area, beach, minimal infrastructure, including places for eating and toilets.

Nowadays, waterfalls on the Vyata River are a kind of pearl of the Vitebsk region, which not everyone knows. However, they certainly deserve attention and literally overwhelm you with its beauty and grandeur. However, Mother Nature did not create them, humans did.