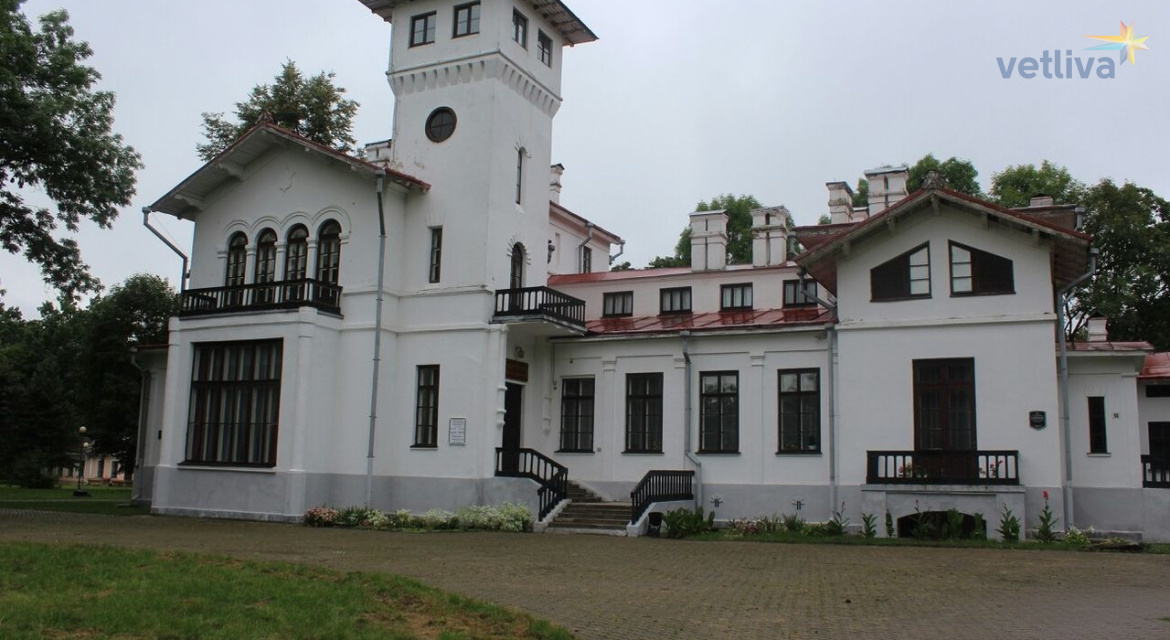 The estate of the Shvykovsky family, or as it is tenderly called in Belarus “Pruzhany Palace”, is a truly unique and the only one of its kind attraction on the territory of our country. Its uniqueness lies primarily in the fact that it is fully restored and moreover it was built in the style of the most interesting trends of the neo-Renaissance in architecture, an early Renaissance rural villa. To visit this place will be interesting not only for admirers of ancient architecture, but also for all other inquisitive tourists, because the estate houses a very interesting museumtoday which displays more than six thousand exhibits.

The history of the estate and its owners

Pruzhany with all the surrounding territories (otherwise known as “Pruzhany Key”) was given to the famous Field-Marshal P. A. Rumyantsev-Zadunaysky in 1795. He owned them only a year, because in 1796, after the death of the count, the owners of the estate became his offspring, Nicholas and after him Michael, who bore the name Rumyantsev. However they did not stay long in power too. Soon the estate was handed over to P. Taymin, and then to his descendants.

Written sources registered the name of a new owner of the estate at the end of the first quarter of the 19thcentury. He was Bernard Shvykovsky. And this dynasty had been holding the reins of government for the next three generations.  In 1843, the extensive estate was divided into equal parts between the sons of Peter Shvykovsky, and the history of Pruzhany Palace began following those events.

Valenty Shvykovsky, who became the head of that part of the land where the town of Pruzhany is situated, laid a Palace there instead of the old wooden house. The author of the architectural design was Francisco Maria Lanzi, an Italian by birth. That is why Italian motifs are clearly seen in the architectural appearance of the building. By the way, Valenty Shvykovsky was a very extraordinary person. He was chosen as Marshal, he participated in the uprising of 1863-1864 after which he lost the right to manage the estate for four years and had to leave Belarus. He returned in 1867, but he had to sell the estate to countess Kleinmichel 30 years later. She was renting out those lands up to 1939.

The architectural features of Pruzhany Palace

The estate of the Shvykovsky family is situated within the town on its northern outskirts. At first sight, the stone estate amazes and fascinates with its appearance, as it consists of several parts different in height and size. The house is two-storeyed from the western side: it is adjoined by a square tower from the East, and it is adjoined by a one-storeyed annexe with a semi-circular veranda from the West. The appearance of the building is formed by a two-storeyed building in the form of the letter “G” from the Eastern side. It has a protrudent risalita with gable on the end from the South side. All the volumes of the buildings have sloping roofs. The facade is also interesting: the terrace on two columns faces to the Park, and the windows are decorated with semiarches. The Park is of interest as well: locating on eight hectares, it is very picturesque and rich in such species of wood as alder tree, ash tree, oak and hornbeam.

The local history museum moved into the building of the estate in 1998, and the monument of architecture was named the Museum-estate “Pruzhany Palace” at that time. After that, the interiors of the estate were restored during a careful and detailed reconstruction, and wonderful exhibits in its rooms allow plunging into the atmosphere of that era. When you come here you will be fascinated with the spirit of the 19thcentury which fills every corner of “Pruzhany Palace”!