The Church of the Kazan icon of the Mother of God, the town of David-Gorodok of Stolin district of Brest region

The Church of the Kazan icon of the Mother of God, the town of David-Gorodok of Stolin district of Brest region 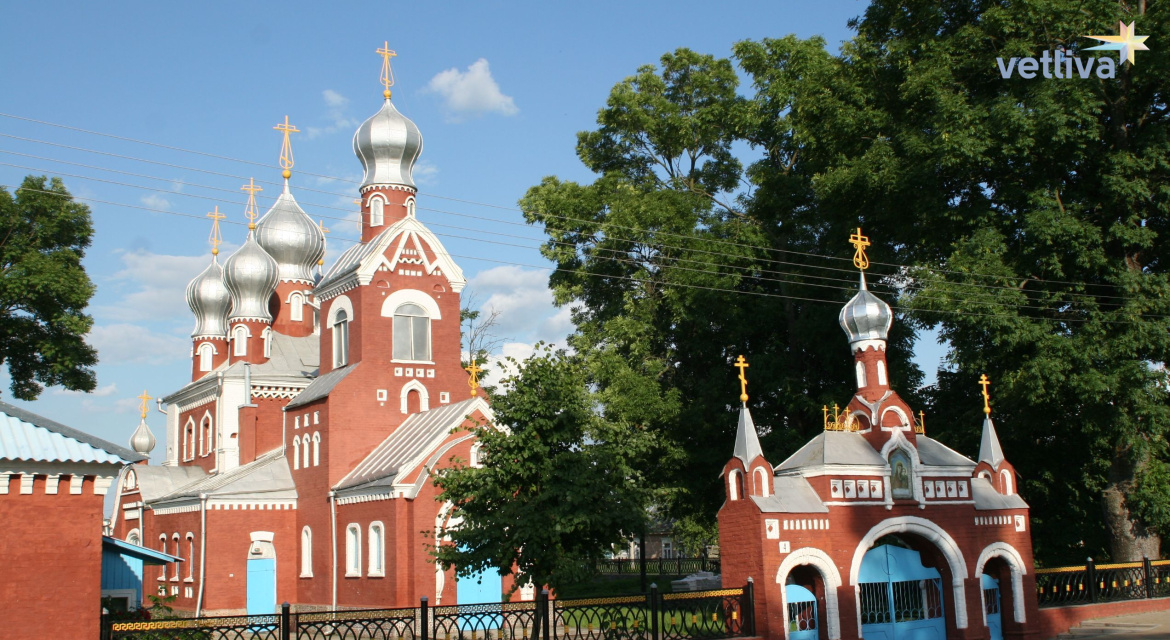 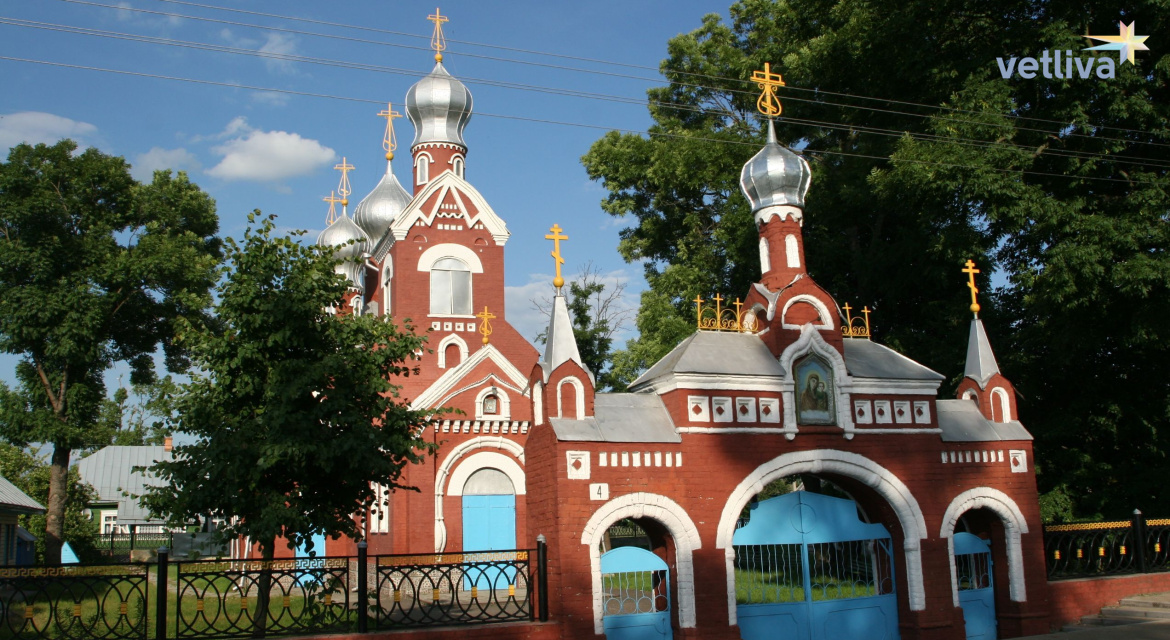 This monument of architecture situated in the center of the town and has a rich history. It was 100 years old in 2016! It is the only one, in honor of the Mother of God of Kazan, in Stolin district. The parishioners turn to the Mother of God with awe for intercession and protection. The current dean of the Church is Archpriest Gregory Kozhanovsky. According to him, an important role in the birth of the Church in the early 20th century belonged to priest Timofey Yukhnevich, who designed the chapel and the Church of Alexander Nevsky. On the facade of the building right at the entrance, there is a memorial plaque in memory of Timofey Stepanovich.

The place where David-Gorodok Church is situated has its history. Once there was a cemetery, later there appeared a square where the locals began buying and selling. The construction of the Shrine started in 1910. The main funding source was material resources of the parishioners. At the same time, the priest moved to the service in Zhitkovichi district, but nevertheless returned when the Church was consecrated. Another chapel was built in order to preserve the memory about the ancestors who had been buried on that place many years ago.

The temple has changed twenty-five priests during its existence. Archpriest Gregory Kozhanovsky has already been leading the parish for about twenty-five years. He began his career as a deacon, later he was serving in the Church of St. Elias during two years, and only then in the Church of the Kazan icon of the Mother of God. The priest also leads an active social life: cooperates with educational institutions, enterprises and organizations, holds discussions and gives lectures.

You can buy for yourself or to order books of moral content, icons, jewelry, amulets in the icon shop at the temple. Lessons are held in the Sunday school, in the building near the Church. Children study the basics of Christianity with pleasure and prepare creative performances for holidays

The Church was built in such a version: it is bright, colorful and original. Five domes rise above the prayer hall. A three-tier belfry and a dining room are pleasing to the eye. The appearance of the temple differs from other similar buildings: the pink facade is adorned with decorative architectural forms. There is a gate in the form of an arch in the cement fence of the Church. Works on the cosmetic repair and improvement are constantly conducted inside the Holy place. It is always clean, warm and cozy here. In 2012, devout members of one family donated to the temple a bell with the names of the grantors on it. Such sacraments as christening and wedding ceremonies are held here and services are held on weekends and holidays. As for burial and remembering prayers, they are served in another church of the town, the Church of St. George.

The icon of the Mother of God of Kazan leads us almost through our whole life: from an infant cradle, wedding ceremony to the very last minutes of our existence. And she always helps, hears sincere prayers appealing to her.