The Transfiguration Church in Polotsk

The Transfiguration Church in Polotsk 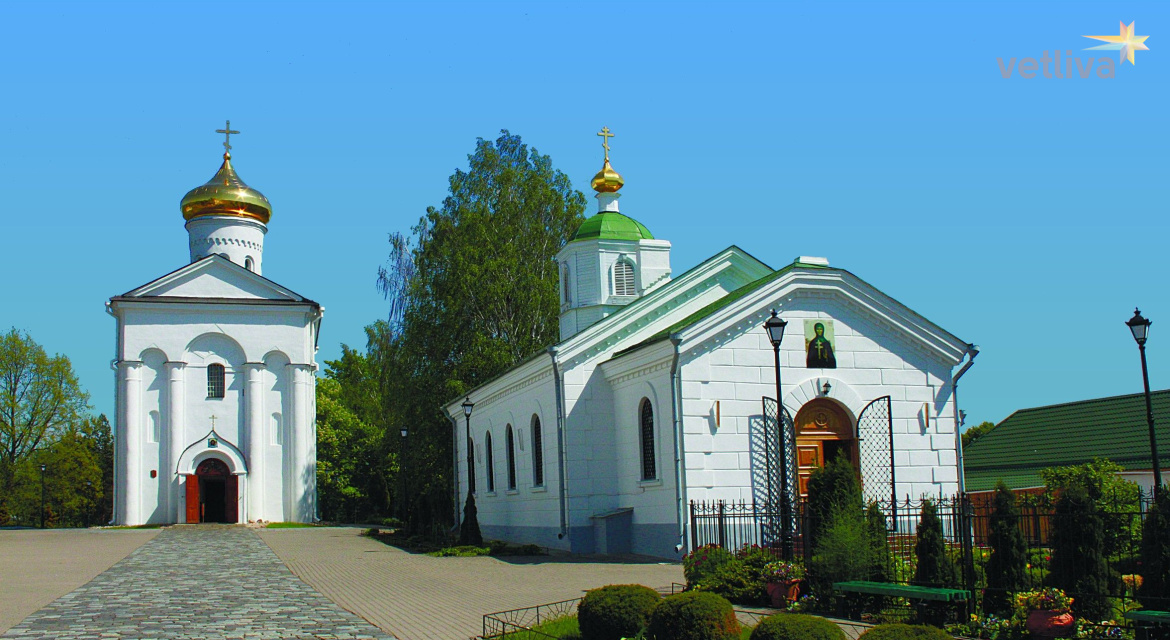 The History of Appearance of the Savior Transfiguration Temple in Polotsk

In the territory of the modern town Polotsk there is a rather ancient structure of the mid of the XII century that is called the Savior Transfiguration Temple. The temple was constructed during the period since 1152 to 1561 by the wish of Euphrosyne of Polotsk that at the time was the prioress of the Savior Transfiguration Convent. The temple that was built during 30 days became a real work of architectural art thanks to the efforts of the architect Joann. He wanted the temple be unique and original. And he could realize its idea.

The architect A. Port created a new project of the temple, and in 1833 it was partially reconstructed. This transformation has brought some features of Classicism. The temple’s walls were renovated; the form of the dome was changed from helm-shaped to dome-shaped.

For the whole period of the temple’s existence it has been not only a temple but also a church. The sanctuary was a couple times looted; and during the Soviet period it was planned to transform it into a museum. But despite the fact that the convent was closed in 1960, the temple continued functioning.  During a certain period the temple was the only functioning churches of the Polotsk area.

The Description of one of the main sights of Polotsk

The amazing Savior Transfiguration Temple was constructed under the impact of different architectural styles. It presents a three-nave one-domed temple. Inside the temple is overlapped with wide arcs and beautiful vaults. On the second level of the temple there are balconies, towards which a narrow staircase leads. At the both sides of the balconies there are two cells; Euphrosyne of Polotsk lived in one of them, and in the second – her close relative.

The distinctive feature of the Transfiguration Temple is vertical details that make the building look higher. It looks as if the temple goes upward. There is on opinion that originally the temple was constructed as a chapel that was meant for servants of the convent. This fact logically explains such a small catholicon of the temple.

Visually the temple was subsequently modified with numerous reconstructions; but, fortunately, the most ancient masonries were not affected. As a result, today the temple is the only structure of the XII century that has survived to us in the whole Polotsk district.

A true gem of the temple is ancient fresco paintings of the XII century that has an artistic and historical value. For a long time these frescos were hidden behind the coats of whitewash and plaster. Only in the mid of the XIX century they were gradually disclosed. There were 12 parts of the cleared frescos were. They were intensively restored and renovated. However, the work was complicated by the discovery of another painting of a later time that was equally valuable.

Excursions with the visit to the Savior Transfiguration Temple in Polotsk

The Savior Transfiguration Temple is included into the list of nominees for the UNESCO World Heritage list. In the temple there are relics of Euphrosyne, an exact copy of her cross and a great number of highly honorable sanctities. This fact attracts numerous tourists and pilgrims from  all towns of the country, and visiting of the Transfiguration Temple is included into the program of set of excursions across Polotsk. On our site you with ease will pick up to yourselves a necessary route, whether it be a sightseeing tour for Polotsk «The ancient town of Polotsk» or combined bus tours across Belarus with the visit to all the sights of Polotsk.