Cathedral of St Sophia in Polotsk

Cathedral of St Sophia in Polotsk 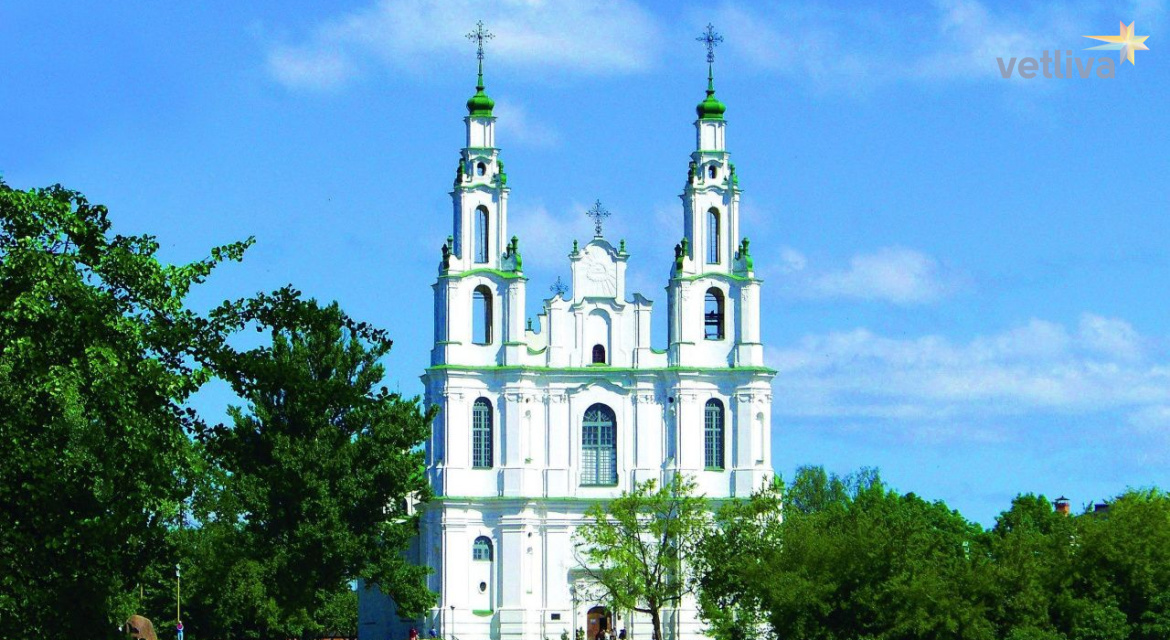 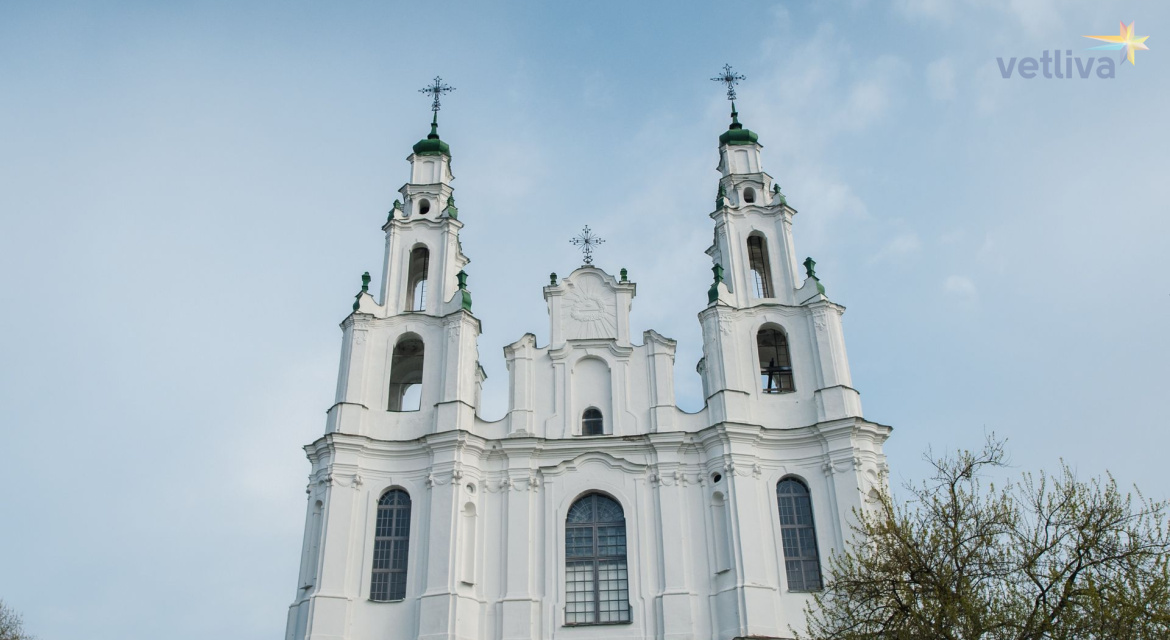 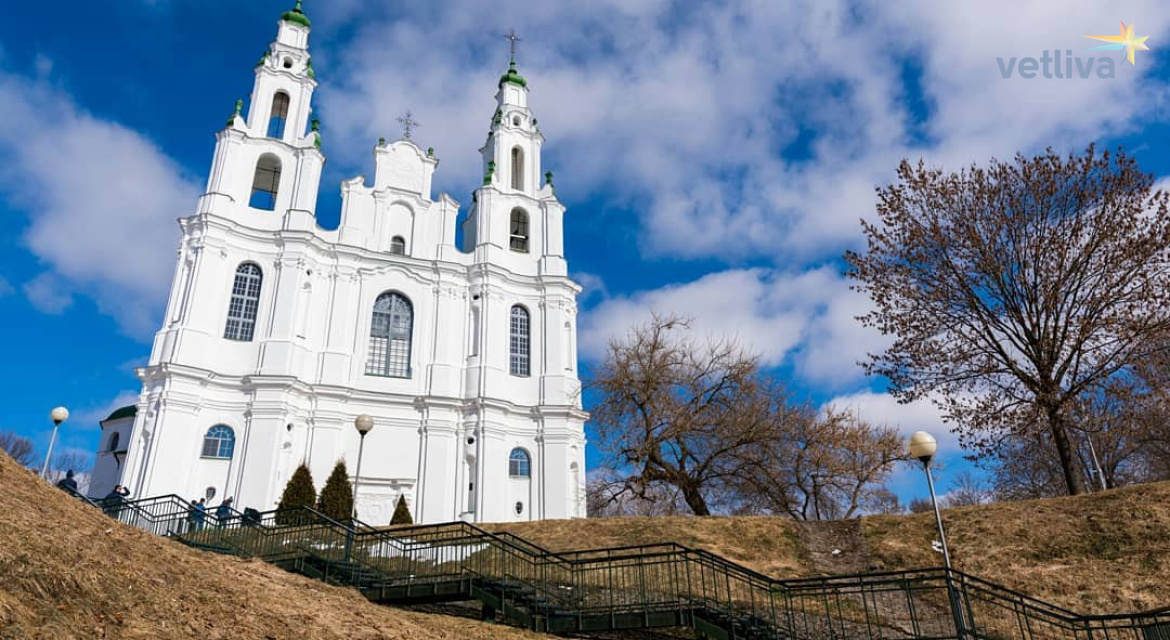 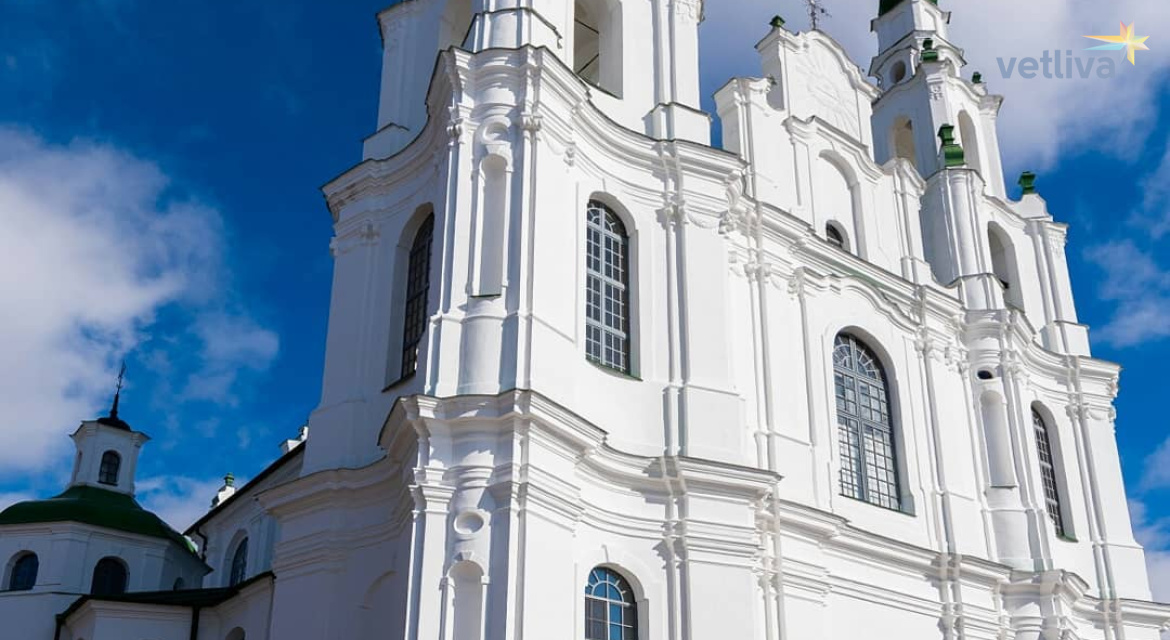 One of the most ancient towns of Belarus and Eastern Europe is Polotsk that, according to some records, has been known since 862. The whole Polotsk principality was the center of development of culture and crafts.

The history of the creation of the St. Sophia Cathedral in Polotsk.

During the Great Nordic War in the XVIII century, the building of the temple served as a powder warehouse that was blown in 1710. After the explosion little remained of the cathedral; and it had been in such a poor condition for over 25 years.

It is not stated what the original appearance of the temple was. Some historians claim that it was five-domed; others consider that – seven-domed. It is clear only that in the middle of the XVIII century the cathedral was fully reconstructed and renovated: two new towers were added to the main facade, and a top part was built on. With the assistance of the famous architect Glaubitz, the temple was transformed into a Uniate cathedral with Baroque refinement.

During the Patriotic War of 1812 French soldiers used the cathedral as a stable.

In 1839 the temple became Orthodox. However, a short time later, in the first half of the XX century the cathedral was closed, there was disposed Museum of Local Lore.

The description of the Cathedral of St Sophia in Polotsk.

Today the Cathedral of St Sophia is recognized as the first monument with distinctive features common for typical art of the Polotsk lands. After the restoration of the temple’s building the visitors saw a stately structure in Vilna Baroque style with a modified facade, further constructions and refashioned interior. Inside the temple there appeared moldings, carved cornices; the color scheme was also changed. On an altar barrier there is an exact copy of the fresco painting “Last Supper” that has survived up to now in a good state.

After the appearance of the Cathedral of St Sophia in the territory of Polotsk, over and over again there emerged monument showing a tendency of the architectural style of the XII century.

The restoration has been recently finished; there was established a large concert hall with an organ. In this hall every year in the mid of spring and in the late autumn there are held festivals of chamber and organ music. Famous organists fr om different countries arrive here for the performance.  The temple is referred to the Cultural and Historical Museum-Preserve of Polotsk. Near the building of the cathedral there is Borisov Stone.

Every year, on 5 June, on the Feast Day of Euphrosyne of Polotsk, in the cathedral there is held an orthodox service, after that the Cross Procession from the temple to the Convent of the Savior-Euphrosyne takes place.

St. Sophia Cathedral in Polotsk is worth seeing with your own eyes.


This wonderful temple and its surrounding buildings can be seen by going on an excursion across Belarus, which allows you to visit more than one shrine of the region and enrich your spiritual world with new impressions.

Besides, in Polotsk you will see many other interesting attractions: the Museum of Belarusian Printing, the Jesuit Collegium, and even a monument to the letter - the most interesting letter of the Belarusian alphabet "Ў". And wh ere else, if not in Polotsk, you will get a unique opportunity to be photographed in the heart of Europe.