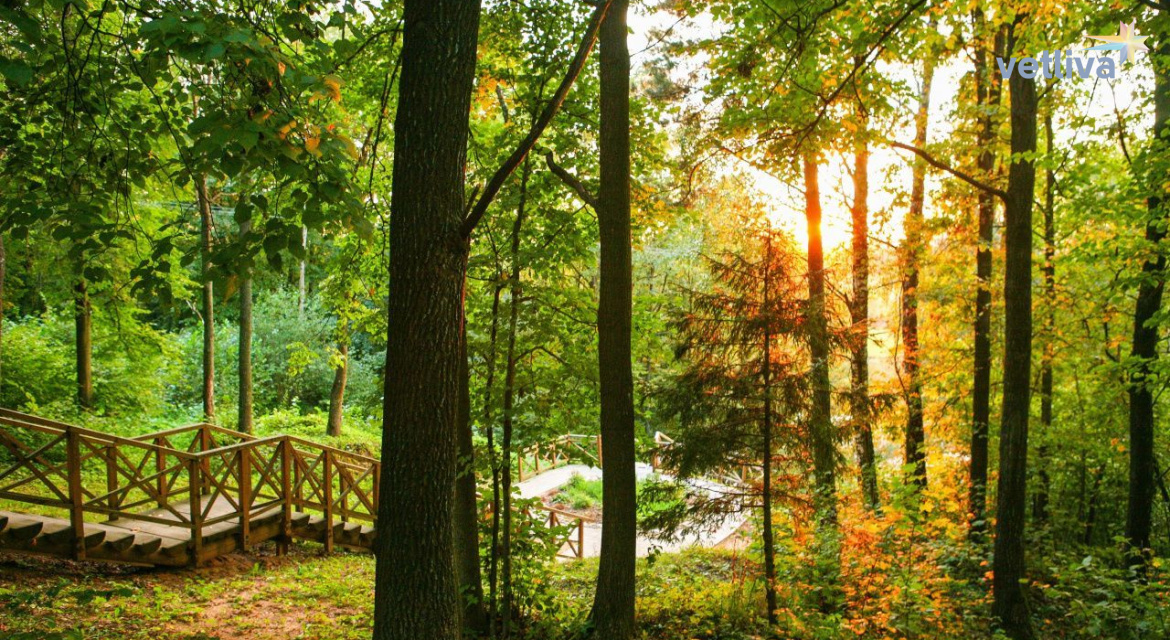 A village named Levki is a place of living and working of a well-known Belarusian playwright, poet and publicist – Yanka Kupala. In 1935 Kupala, being on business, visited these picturesque places for the first time and was delighted with its amazing beauty of Orsha district. Just at that time he decided to build a summerhouse for himself right at the picturesque bank of the river Dnieper near the village of Levki. Yanka Kupala came here annually and spend quite a long period of time starting from spring and ending with late autumn, just because he was captured with an unsurpassed inspiration at these places.

At the moment a so-called “Kupala” memorial reserve is located in these lands, the doors of which were opened for the visitors as back as in 1978 as a department of State literary museum named after Yanka Kupala.

However, it is not right to call this museum a common place. As in general these are the same places and buildings, where the famous classic of Belarusian literature liked to spend his time. Here he got bright memories, here he enjoyed Belarusian nature, the beauty of which he glorified not once in his works of literature afterwards.

The memorial reserve named after Yanka Kupala is the very playwright’s summerhouse, where structures of an old forestry office, a driver’s house and a garage are located. Various household buildings were also erected in the territory, a hotel for the tourist and a terrace, where different special events are organized.

The travellers who decided to visit the memorial reserve named after Yanka Kupala have a unique opportunity to see not only personal things of this fiction writer loved by everyone, but also an automobile, which Yanka Kupala drove at that time. An automobile “Chevrolet” was gifted to him by BSSR authorities in 1939.

A special attraction of this amazing place is Yanka Kupala monument, which was created by a sculpture A. Anikeychik and which bears the name of “Poet’s autumn”. This wonderful composition is divided into two theme parts.

The first personifies a literary and documentary prove of Kupala having been in these picturesque places. It is located in the building of the former Kopys forestry office. It is noteworthy, that the house has preserved in a wonderful condition since the time of Cold War. Yanka Kupala lived here in 1935, in a family of local forester M.I. Shimansky, while his house underwent the last stages of constructing works.

The second architectural composition is located in Kupala’s summerhouse, where today a center of the memorial reserve with a monumental plate is located.

Various literary meetings and concerts are held quite often on the territory of the museum.

The memorial reserve named after Yank Kupala in the village of Levki attracts a great number of tourists, gives a unique opportunity to touch the history of life and work of one of the Belarusian folk poet.