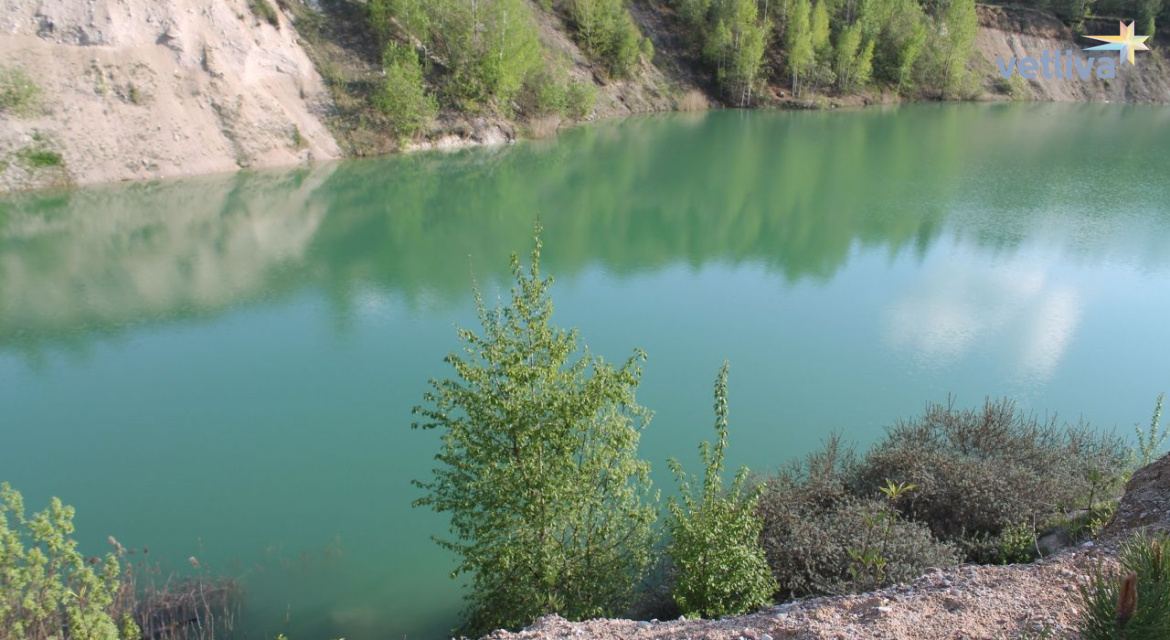 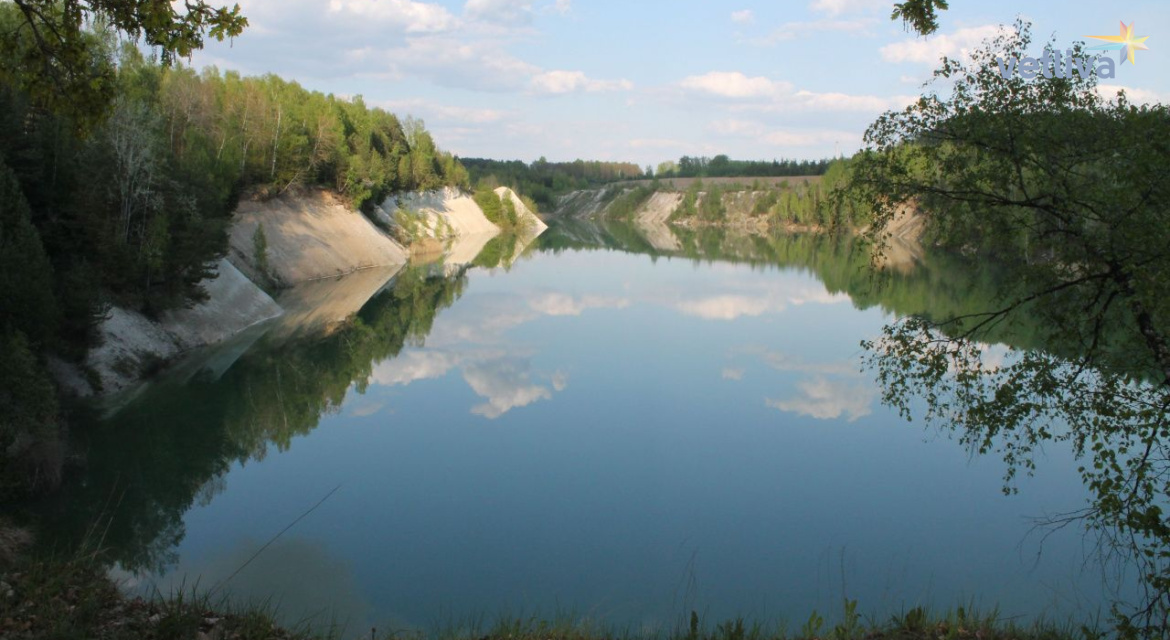 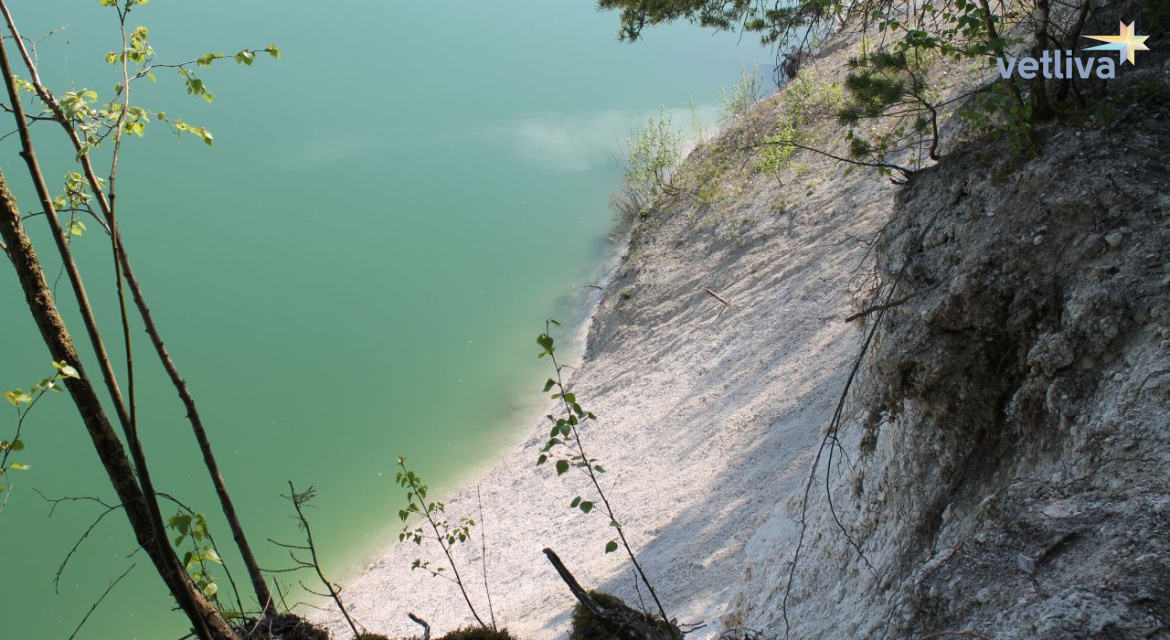 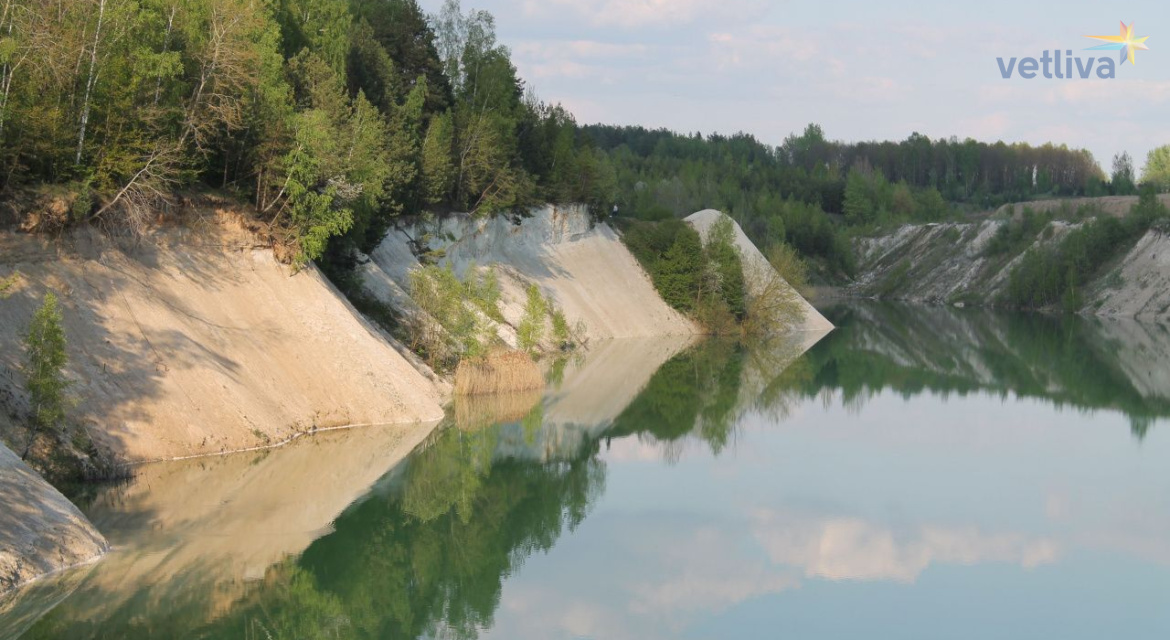 We are all aware of “the Belarusian Seychelles or Maldives” of stunning beauty, and numerous especially extreme travelers have regularly been here and confirmed the fact that picturesque images found on the World Wide Web are not photoshopped. Exotic sites of unreal beauty that are beyond our classical representation of the Belarusian nature are really present on the map of Belarus. So during their annual leave in July, many Belarusians prefer not to waste money on an expensive rest in Turkey, Greece or the Canary Islands but go to the surroundings of Grodno to luxuriate in the sun, to get a lungful of fresh air and to swim in the chalk pit though swimming is officially banned here because of serious danger. But it does not stop desperate holidaymakers.

There are several similar places with chalk pits in Belarus but those near Grodno are among the most visited sites. Almost every resident of Grodno or visitor on rest has many times seen wonderful lakes colorfully called Sinka and Zelyonka due to the color of water. The origin of these strikingly beautiful lakes is not fabulous. These are ordinary pits where chalk was extracted earlier. After regular extractions, original pits with depth of up to fifty meters are formed and then gradually filled with groundwater. That is how such man-made lakes appear. And from whence is the color unusual for these places? The answer is simple: it is all a matter of chemistry; when calcium carbonate reacts with magnesium carbonate plus other chalk compounds, the output is rich colors: from bright blue to deep green. Despite no swimming signs in the territory, there are a lot of people willing to swim and refresh in the warm water. It is dangerous because the sheer drops are high and steep and the chalk pits near Grodno are quite deep. It is considered that in the summer period, the water in the lakes gets warm and herewith its density is appreciably higher than in rivers, so the risk to sink there is much less.

What is the future of the chalk pits near Grodno? This vast and complex issue has long been gripping minds of officials, and especially in the summer period, when a number of willing to visit the pits grows quickly. Some suggest filling the pits with sand, so that it does not become a habit. Others offer a more creative way-out: to make the pits be a tourist object of striking beauty because the chalk pits present an original monument of nature that has to be preserved and protected. It is sure to attract a huge number of tourists as even now they are keen to visit the man-made lakes. It means that the rest there will be legalized.

For the time being the issue with Sinka and Zelyonka has been resolved by the highest authorities, the chalk pits near Grodno are worth visiting in the coming summer. It is not necessary to enter the water. It is enough to admire against the background of birds’ singing the exotic landscapes here in Belarus.