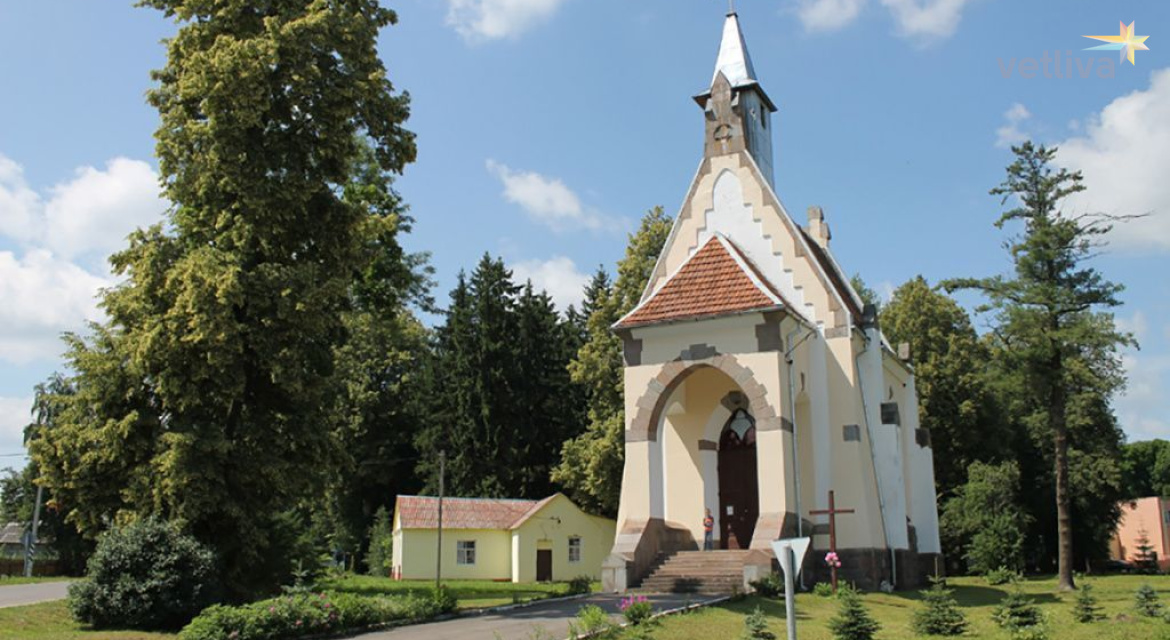 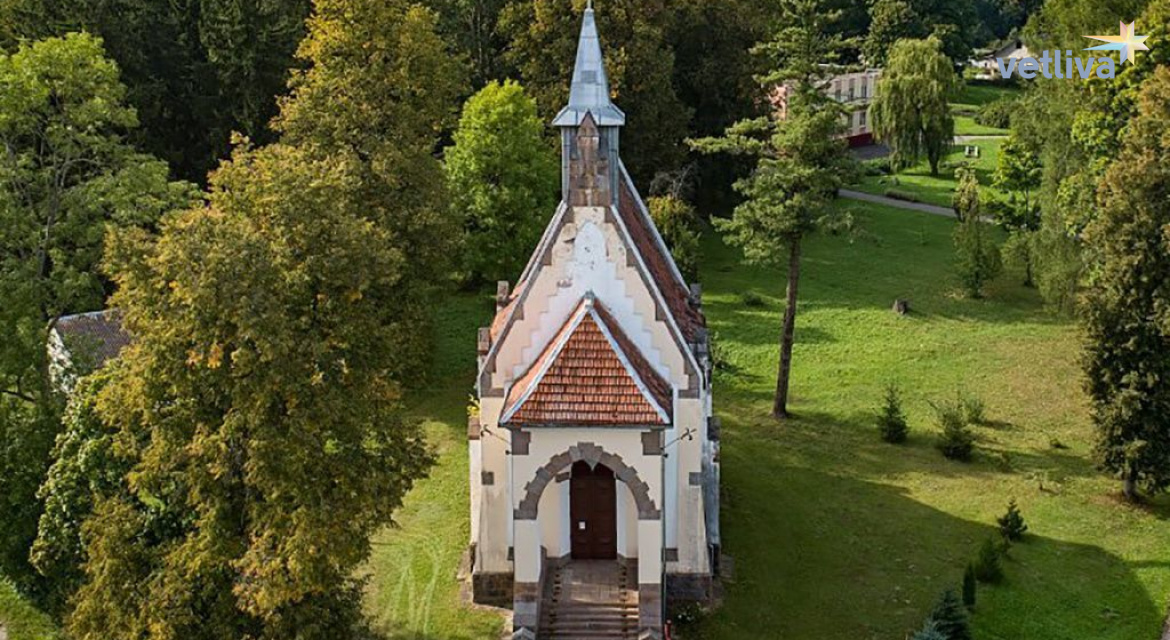 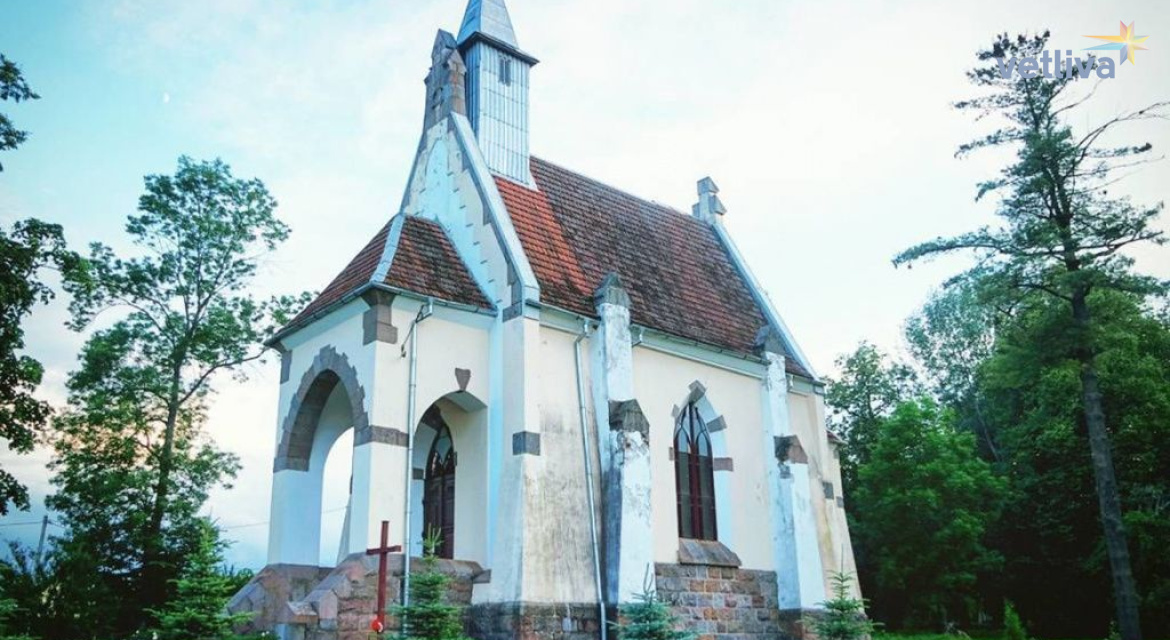 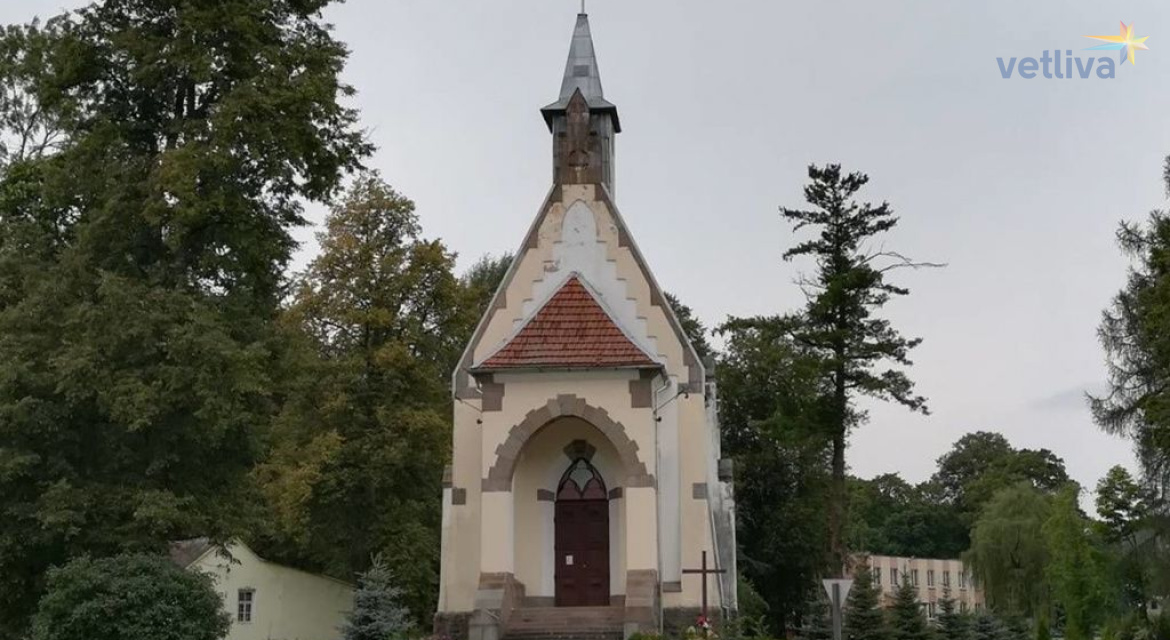 There are a lot of beautiful churches in Belarus, but not so many built in neo-gothic style. All of them strike the imagination with their grace and refinement (for example, the Assumption Church in Sarya, the Holy Trinity Church in Gerviaty, etc.). One of these temples is located in the agro-town of Vyazyn (Minsk region, Vileika district). Let the scale be inferior to the famous churches of Belarus, but still deservedly replenishes the State List of Historical and Cultural Values ​​of the Republic of Belarus.

History of the church in Vyazyny

The history of this sights of Minsk region is inextricably linked with the fate of the agro-town in which it is located. Vyazyn, like any other village in Belarus, constantly changed owners. The appearance of the first church here is associated with the name of Yuri Nasilovsky, Vitebsk governor. It was on his initiative that the first church was built in Vyazyn, back in 1543. In the XVII — XVIII centuries, the temple was owned by the Vilna women's monastery of the Benedictines at the church of Sts. Catherine.

In 1830 a new construction was built. It was not long for the Catholic: after the uprising that broke out in 1833, the church was handed over to the Orthodox. Soon a wooden church was erected here, which can be seen in Vyazyn today.

In 1908, another building was built, which later became the Church of the Nativity of the Virgin Mary.

An interesting fact from VETLIVA: the exact date of the construction of the church is known because the figure 1908 has been preserved on the foundation.

Initially, the church served a completely different function: it was the home chapel of the Getsevich dynasty. In 1912 it was consecrated, and as a result, the church was assigned as a branch church to the parish in Ilya.

In Soviet times, the fate of this church in the Minsk region was typical: at first a warehouse was located in the building, there were no services. Only in 1993, it was returned to the Catholics, and after the restoration, everyone could attend the mass in the church.

An interesting fact from VETLIVA: many Belarusian churches could not survive neither military hard times, nor Soviet atheism. However, due to the fact that the buildings were used for other purposes, they survived as a result. For example, the famous Red church survived thanks to cinema: it belonged to the film studio Soviet Belarus and the Cinema House.

The Church of the Nativity of the Virgin Mary in the village of Vyazyn is a single-nave church that has a symmetrical three-dimensional composition. The pentahedral apse is adjacent to the main volume, which is located on a high base. The church covers a beautiful and high gable roof, and the facade with the main and altar parts is decorated with gables. The faceted tiled roof covers the apse, the attic gable of the main facade has a complex shape with a décor in the form of an arcing belt. Above the main facade towers hipped bell tower. The main entrance is a porch on two pillars with an entrance arch that covers the tiled roof. The side facades are reinforced by stepped buttresses, cut by lancet window openings. The hall of the temple is covered with a stellate arch, the apse - konhoy.

VETLIVA enlightens: you probably do not have an architectural education, so we should tell you a little about each term mentioned above. An apse is a projection with a semi-domed vault that adjoins the main building. The nave is an elongated room, which is a part of the interior bounded by a series of columns or pillars, the main purpose of which is to separate it from the neighboring naves. The pediment is the completion of the facade of the building, and the counterfort is the vertical construction, which is a protruding part of the wall or support. Konha - semi-dome overlap over apse or niche.

In Belarus there are many amazing monuments of architecture. These are palaces, castles and sights, which are more than a thousand years old! The Church of the Nativity of the Virgin Mary in the village of Vyazyn will surely appeal to lovers of architecture, especially neo-Gothic. So, going on a trip to Minsk region, be sure to mark this place on the map and take some time to get acquainted with the place of interest!