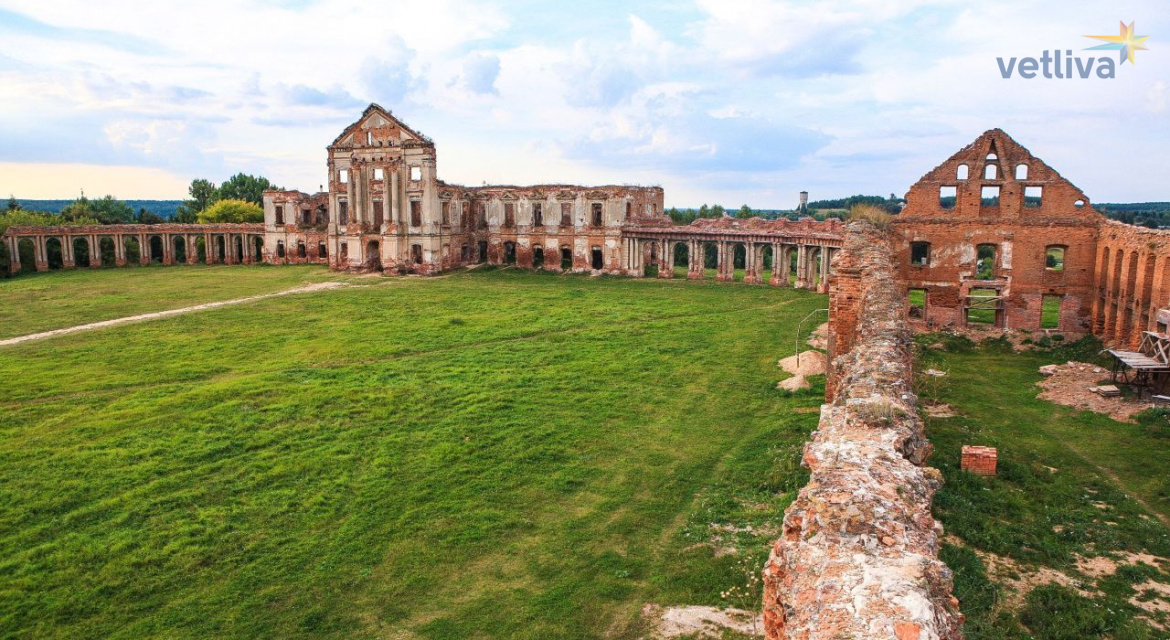 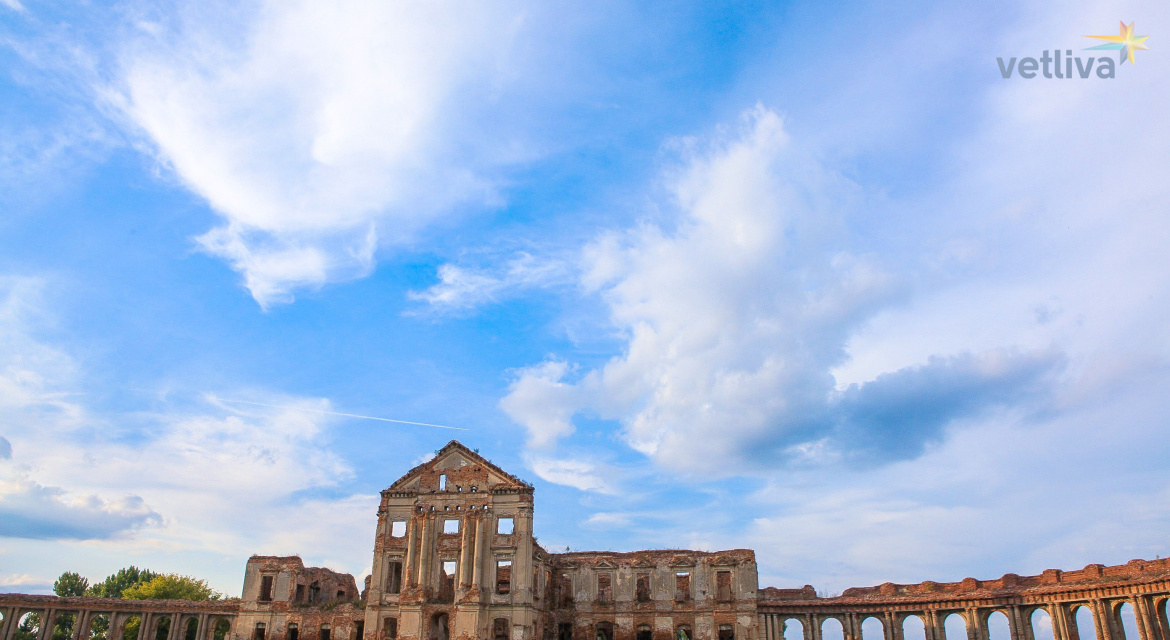 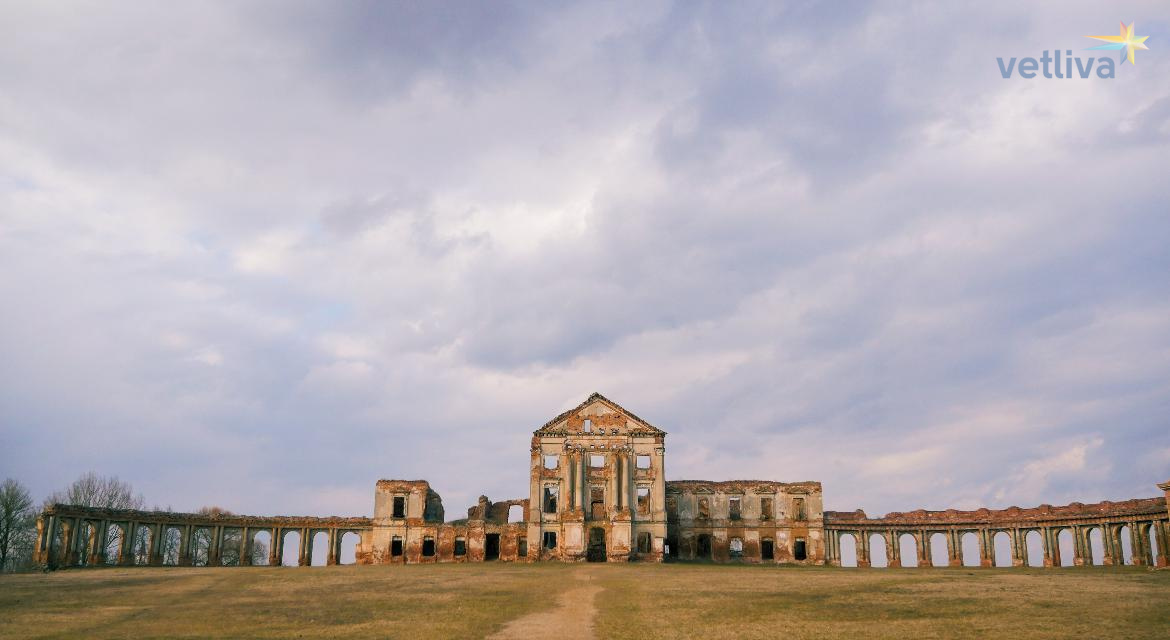 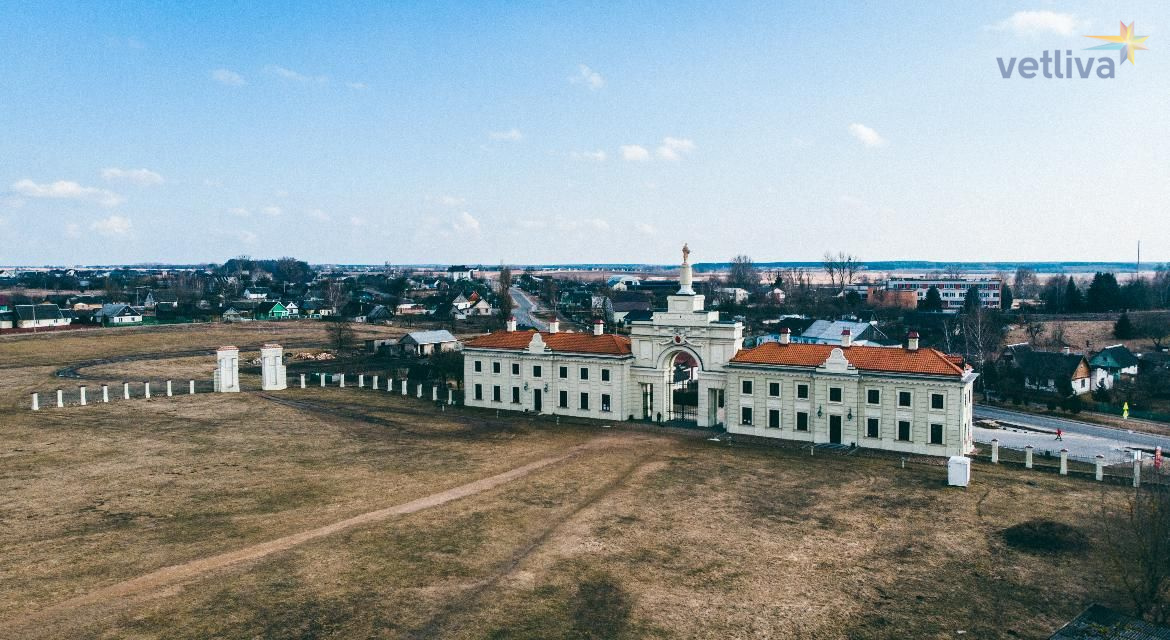 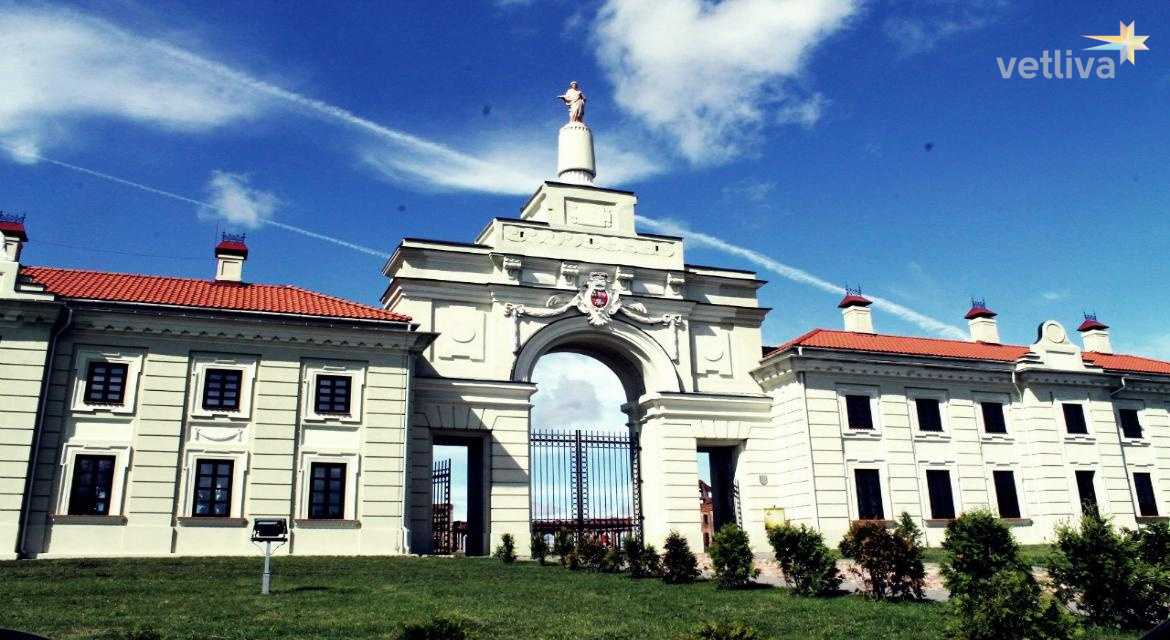 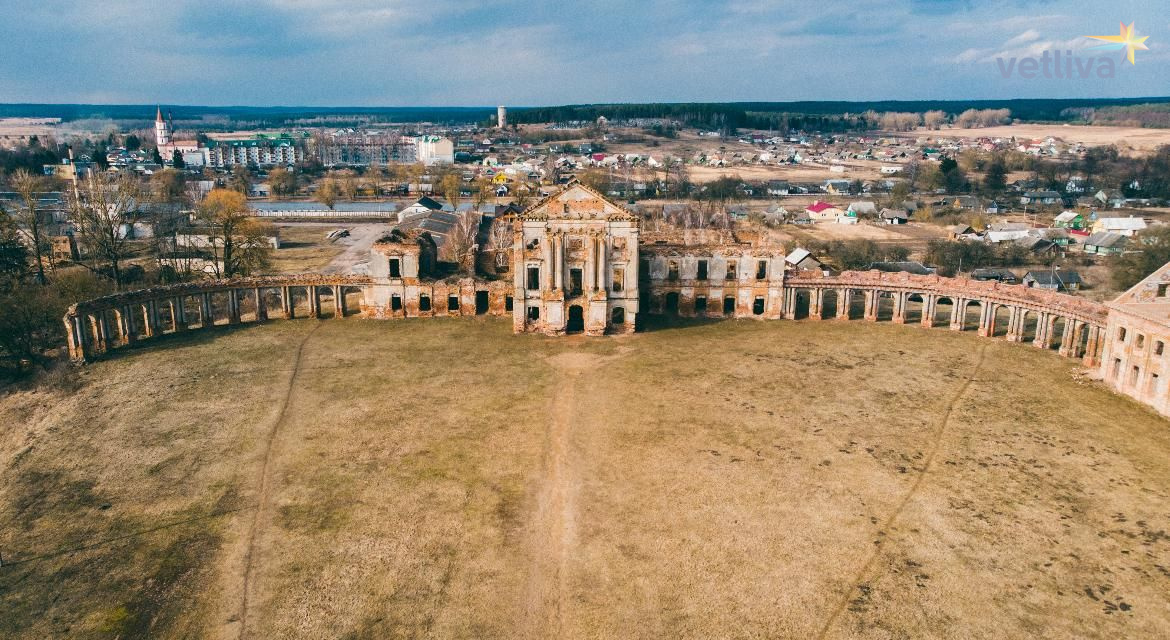 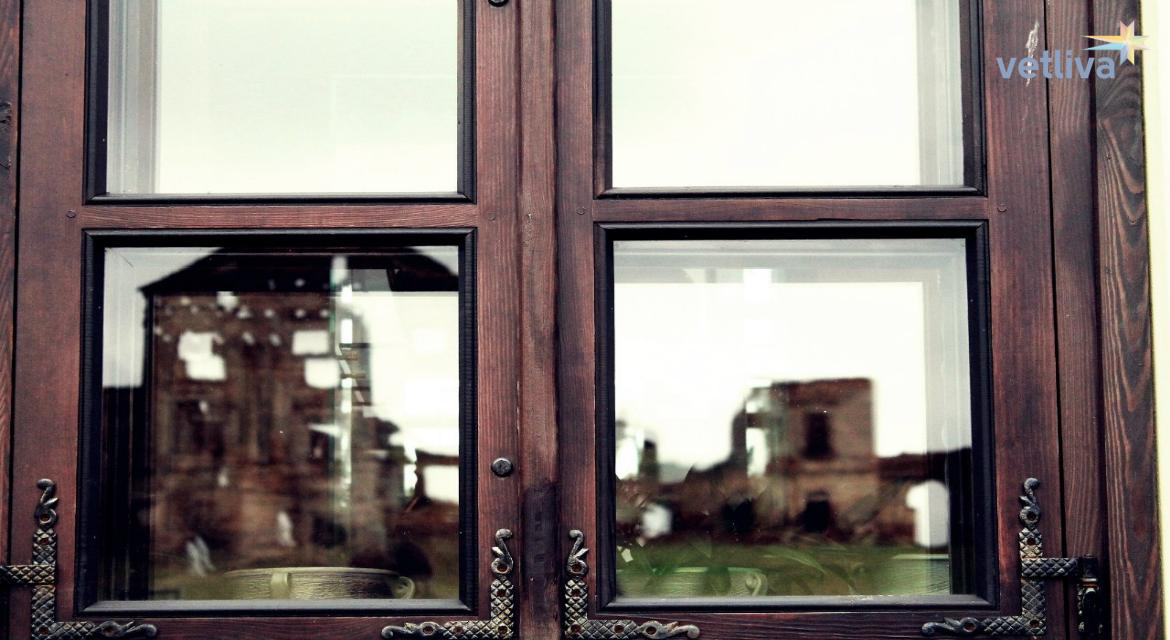 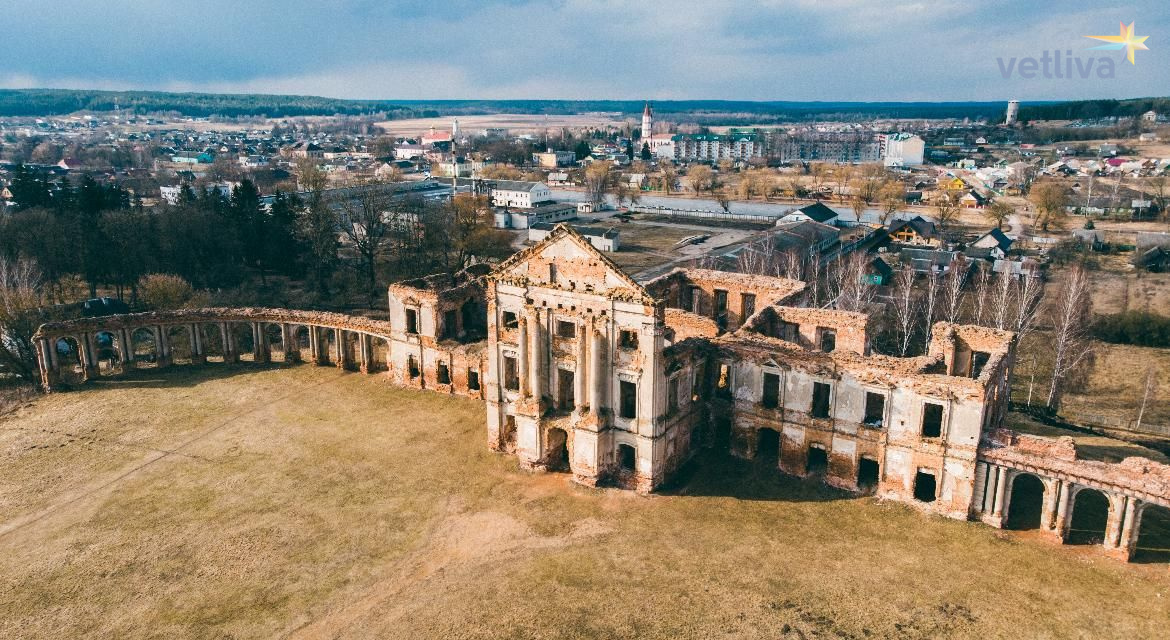 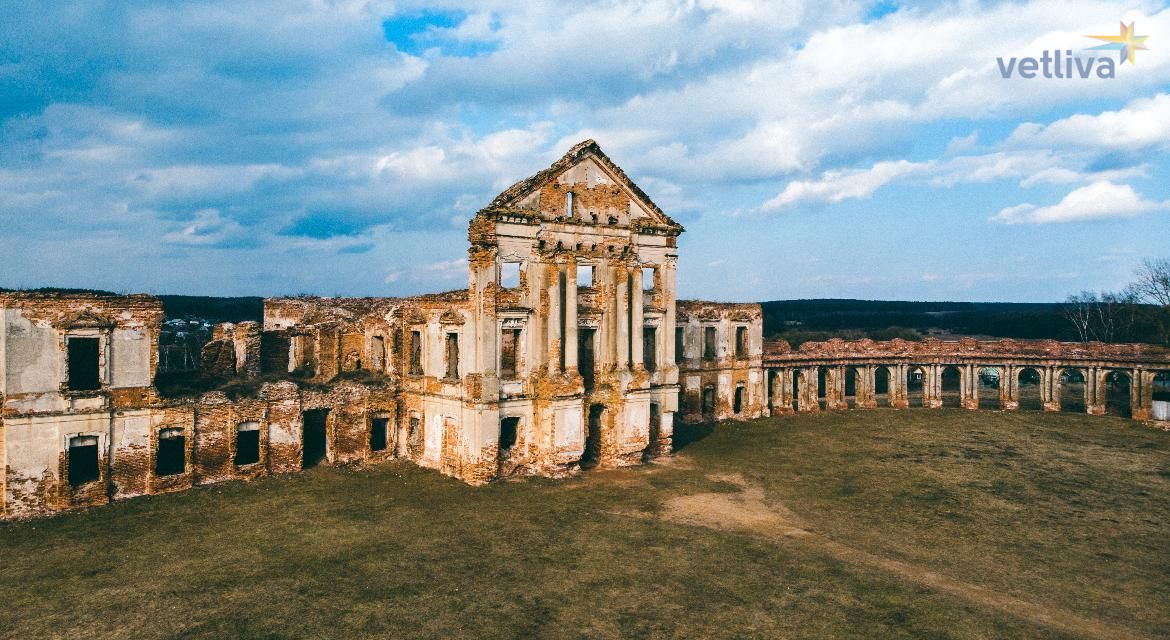 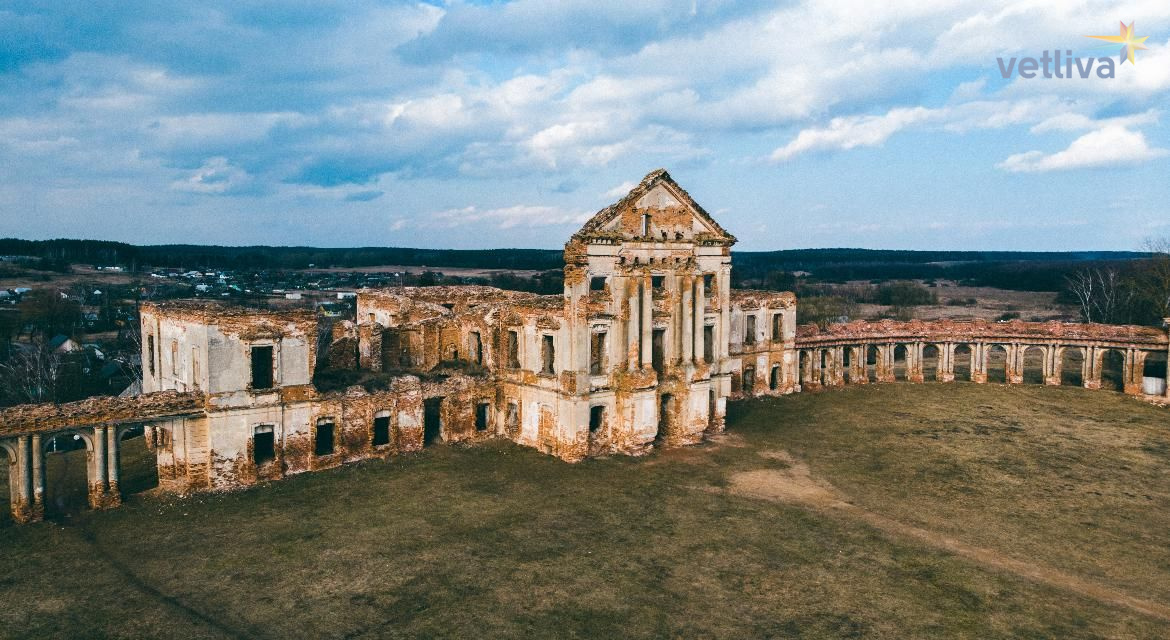 Ruzhany Palace is a well-known residence throughout Belarus of the wealthy and powerful Sapega dynasty. It has preserved so well and astonishes with grandeur and beauty of the facades and interiors that gained the nickname «Belarusian Versailles» very quickly. The complex is recognized as the Belarusian architecture hallmark of the late eighteenth century. There is a legend that Kossovo castle which belonged to the Puslovsky dynasty could be accessed through an underground tunnel from Ruzhany palace.

The castle layout in Ruzhany took place more than four hundred years ago, in 1602, and none other than one of the most famous and influential members of the Sapegas – Lev Sapega, Chancellor of the Grand Duchy of Lithuania lay its hand in the residence creation. In those days, the priority was given to the defensive function of the complex, so, initially, three quadrangular massive towers rose above the palace. The palace itself was a two-story building which had the shape of a cross.

After half a century, the palace was almost completely rebuilt and redesigned. Saxon architect Jan Samuel Becker, who became the head of the project, added to the Baroque style building classicism features. The cross shape of the main building was replaced with the traditional for classicism rectangular shape, thanks to which it was united with the side housings through the arcade, consisting of the entrance gates between the wings. In addition to the architecture of the palace, a theatre deserved special attention, being one of the biggest in Europe at that time. It held and allowed performances for the nobility by the troupe of sixty actors and forty musicians! Agree, that not every modern theater can boast of such a large staff.

The Palace in Ruzhany gained great popularity after the rebuild, state affairs of the Grand Duchy of Lithuania were managed and receptions of dignitaries, including kings, were held here. The spacious cellars contained the Grand Duchy of Lithuania treasury and the military arsenal; there were many documents of national importance, as well as an archive of the Sapega family. In addition, there was enough space for countless stocks of food and wine.

During a long time of existence, the palace has suffered more than one devastation and looting, but was persistently rebuilt again and again. After the defeat of the uprising in 1831, the Sapegas had left the residence, within which walls a weaving factory was established.


The destructive twentieth century like a devastating tornado swept through Ruzhany lands, and during the First World War, the palace was inadvertently set to fire by servants. Its reconstruction attempts were finally stopped after the Second World War: the complex has turned into ruins.

What to see in Ruzhany nowadays.

Now, after a long and careful restoration, the museum has been opened on the place of the Sapegas Palace. Its exhibition shows interiors fragments of that time and historical items. In addition, you should definitely see the restored outbuildings and the belfry. This is what we recommend to visit as part of our excursions around Belarus. His exposition shows fragments of the interiors of those times and historical objects. In addition, it is worth to look at the restored wings and brama. Having visited here, you will also be able to see other sights of Ruzhany - original temples of different years of construction: the Church of Saints Peter and Paul, the Trinity Church and the Church of St. Casimir.