The Puslovskies’ Palace in Kossovo

The Puslovskies’ Palace in Kossovo 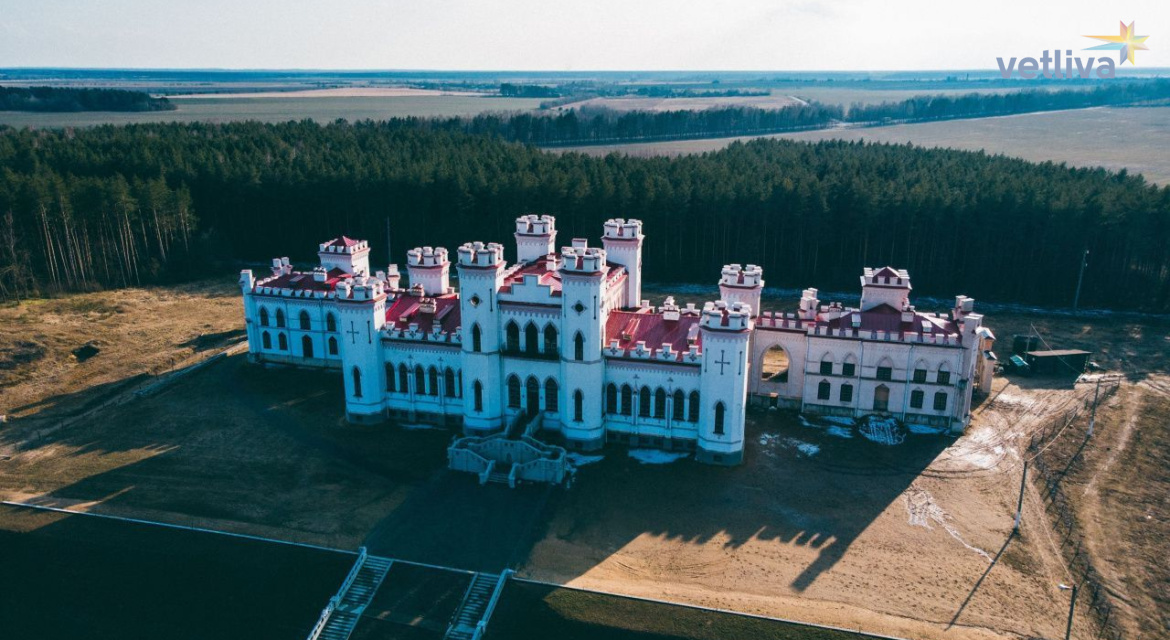 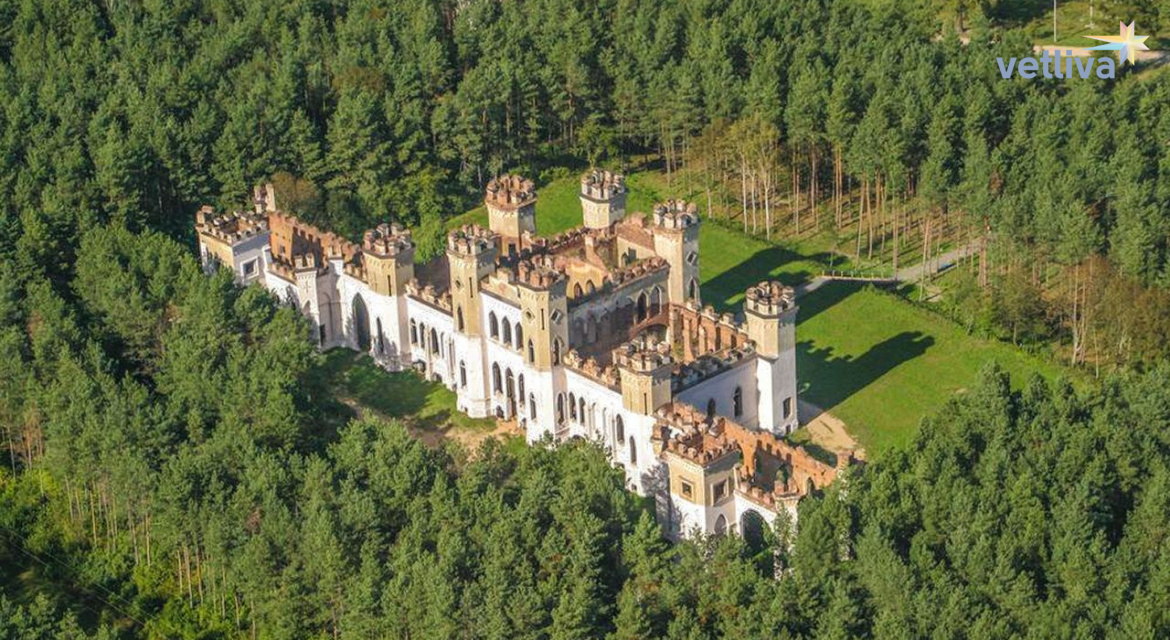 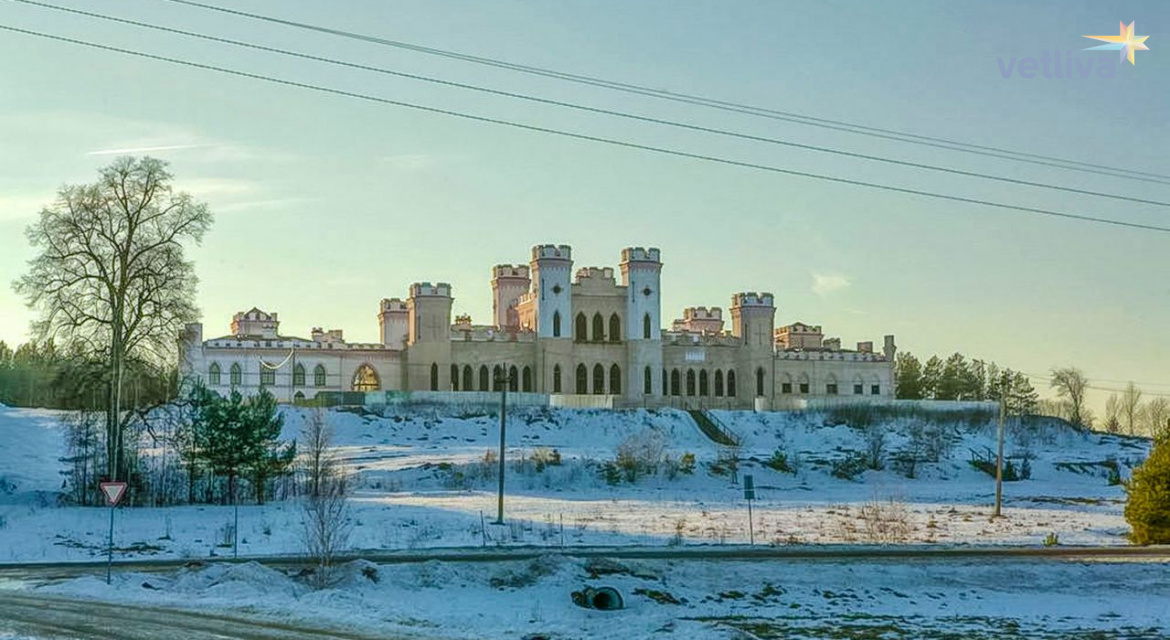 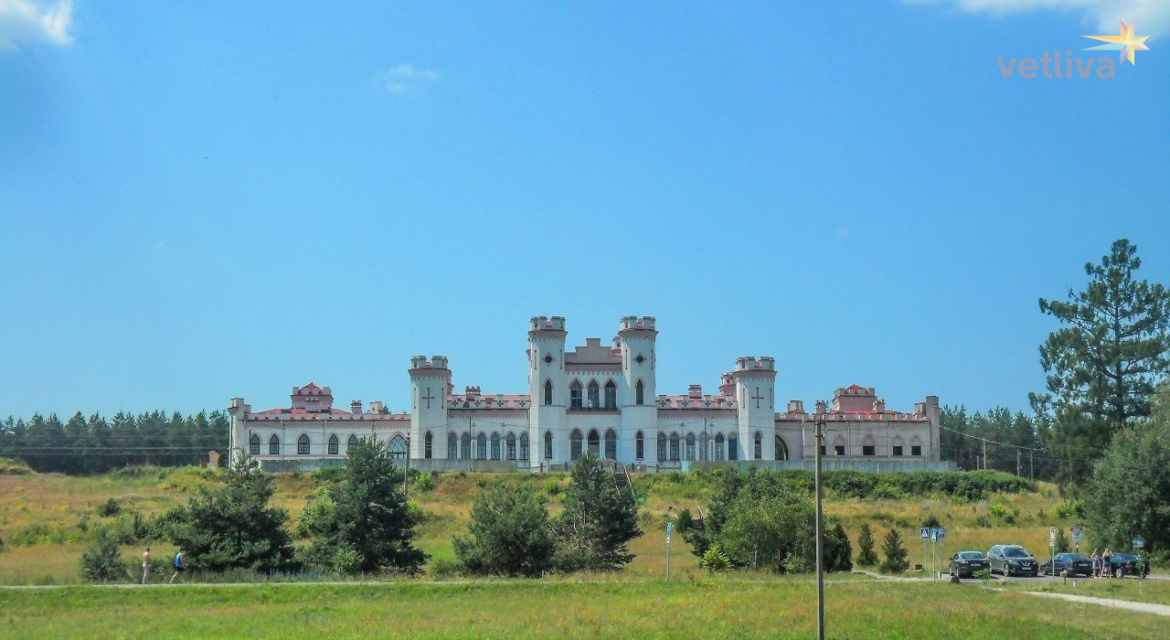 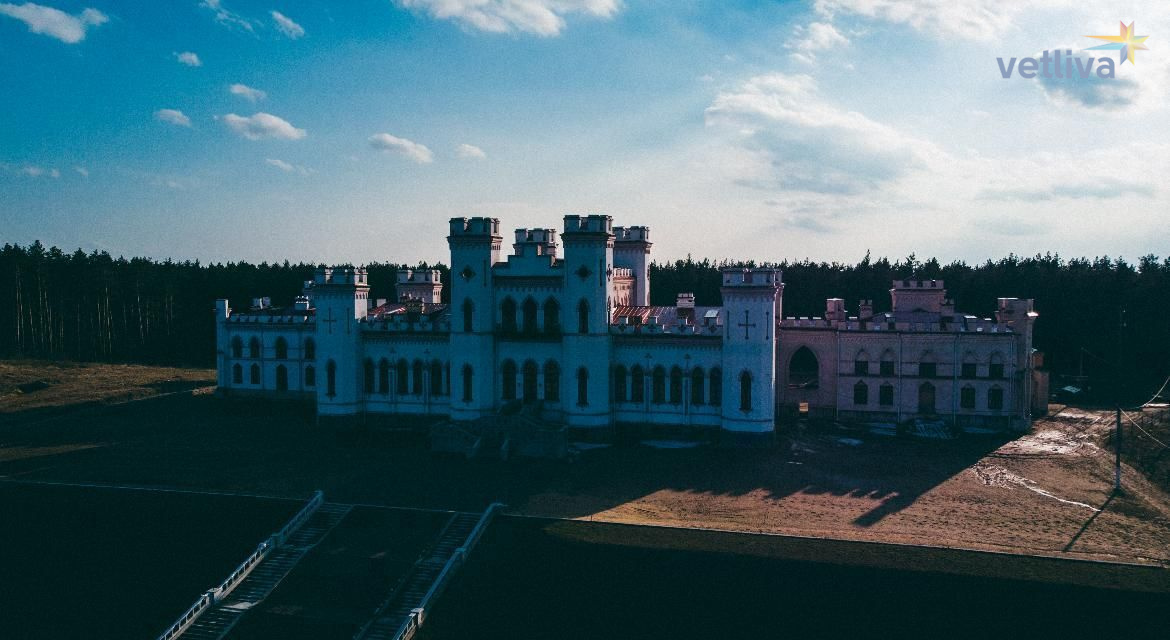 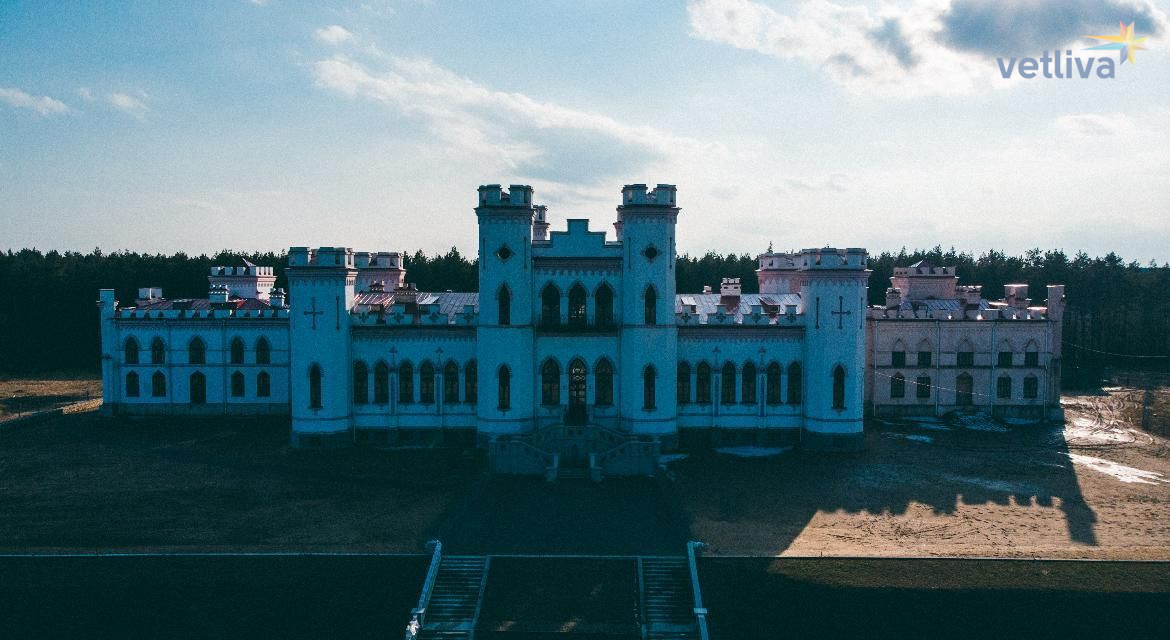 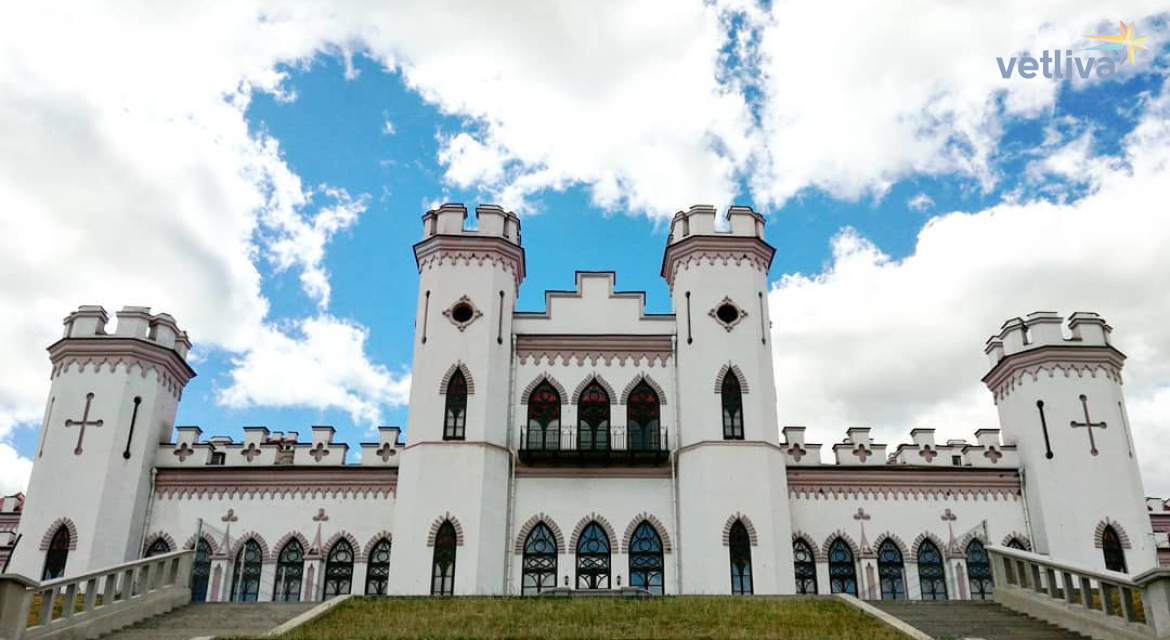 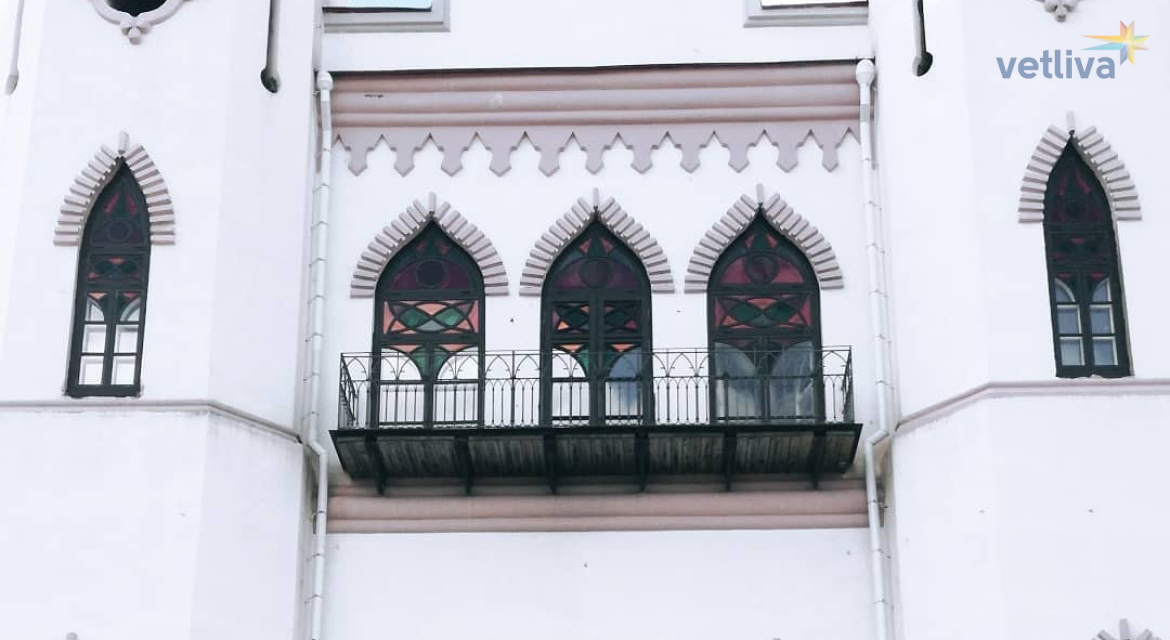 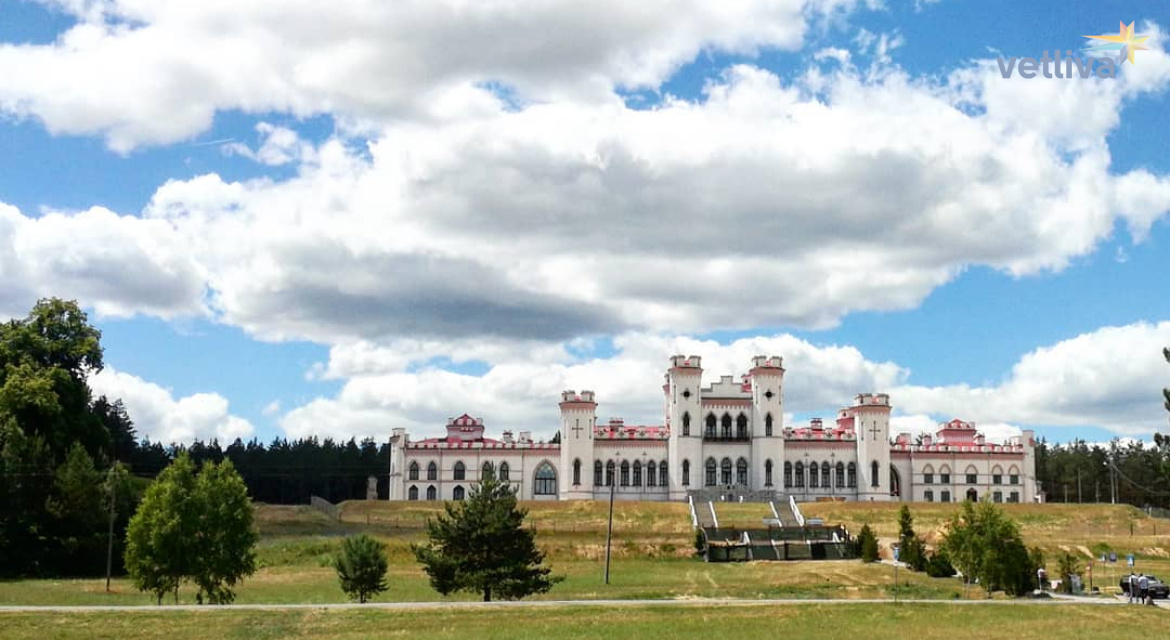 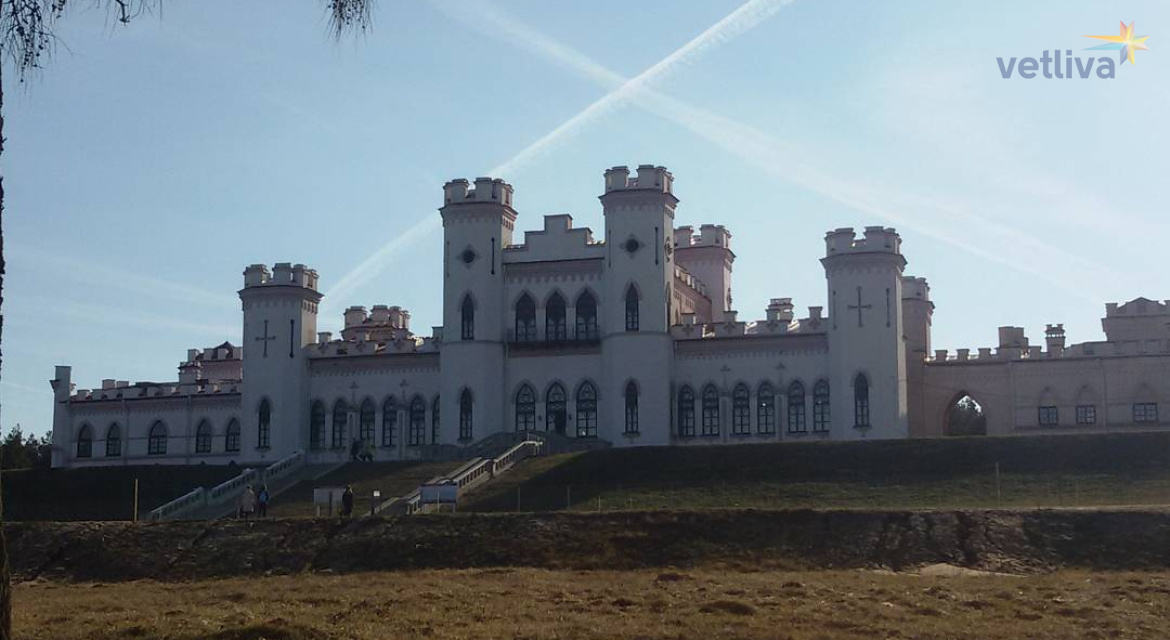 The Puslovskies’ palace, also called Kossovo castle, is an amazing in its beauty residence, such as Mirsky castle and the palace and park complex in Nesvizh. This fine example of neo-Gothic architecture of the XIX century, striking with grandeur and power of the castle walls even now, is also known under such names as “Knight's dream” and “Miniature castle”. A prominent military and political leader Tadeusz Kosciuszko was born not far fr om Kossovo, these lands’ owners the Puslovskies were very proud of it. They restored the small motherland of Poland and the United States national hero at their own expense, giving thereby honour and recognizing its merits. The estate of Tadeusz Kosciuszko in Kossovo is a well-known landmark of Belarus, which can still be seen today, having arrived on an excursion to Kossovo.

Kossovo castle of the Puslovskikh dynasty: the history of the origin


The castle laying took place in 1838 on the territory of Kossovo. Along with it an English-style park was laid out. The architect of the ensemble was the Pole Franciszek Yaschold, and the first construction host and initiator - the governor Kazimierz Puslovsky. The palace building was coming to an end with the participation of Casimir’s son Vandolin, and Italian architect Vladislav Marconi concerned himself with the interiors.

The Palace had a facade of one hundred and twenty meters length, and inside there was an enormous number of rooms - 132. The building was crowned with twelve towers, the number of which was highly symbolic: each represented a particular month of the year. Four middle towers were higher than the rest: so, on ​​the architect’s plan, the importance of the most warm and productive months May, June, July and August was pointed out. In addition, several luxury ballrooms were built, which had the names of certain colours: for example, the Black Hall was intended for card games, the music room was located in the Rose Hall, the White Hall hosted guests when the Puslovskies held receptions and balls.

Legends about the Puslovsky Palace in Kossovo


There are many interesting legends about the Puslovskies’ Palace. Scientists still argue if is it possible, but now we suppose that a glass bottom was installed in one of the rooms, through which you could see exotic fish. No less interesting is the story that the Puslovskies held a domesticated lion, which walked at night along the castle corridors, guarding it fr om intruders. Moreover, there is another unusual feature, called "musical ladder." During the walls construction, which located next to the stairs, hollow animal bones were used. The staircase itself was specifically made very narrow, so when a lady stepped up in a magnificent dress, the rustling was resonantly enhanced by the wall, thereby creating a musical effect.

The Palace wallowed in the unique park greenery, wh ere one hundred and fifty species of exotic plants and trees were presented. Besides, the greenhouse was established nearby, wh ere the most fastidious species were grown. The park led to three picturesque ponds and the house of Kosciusko.

The fate of the architectural monument of Belarus in Kossovo


The residence fate was tense. Vandolin’s son Leon gambled the family estate away. After that the Puslovskie dynasty had never ruled these lands. The Palace was constantly changing its owners and fell into decay.

Rich for wars and political shakes twentieth century didn’t spare the cultural and historical monument. During the World War I the magnificent palace was looted. The priceless treasures disappeared: a collection of ancient manuscripts, paintings and heirlooms. During the World War II partisans set it on fire, and the castle was burning here for ten days. It was the last straw, the interiors were wiped out, and only slowly crumbling walls remained...

Come to Kossovo for an excursion!


Despite this, the palace looks majestic and impressive even in a dilapidated state. In 2008, formidable funds were allocated for its reconstruction, which should be completed in ten years since the beginning. And then the palace will regain its former glory. You can see it now with our excursion tours across Belarus.