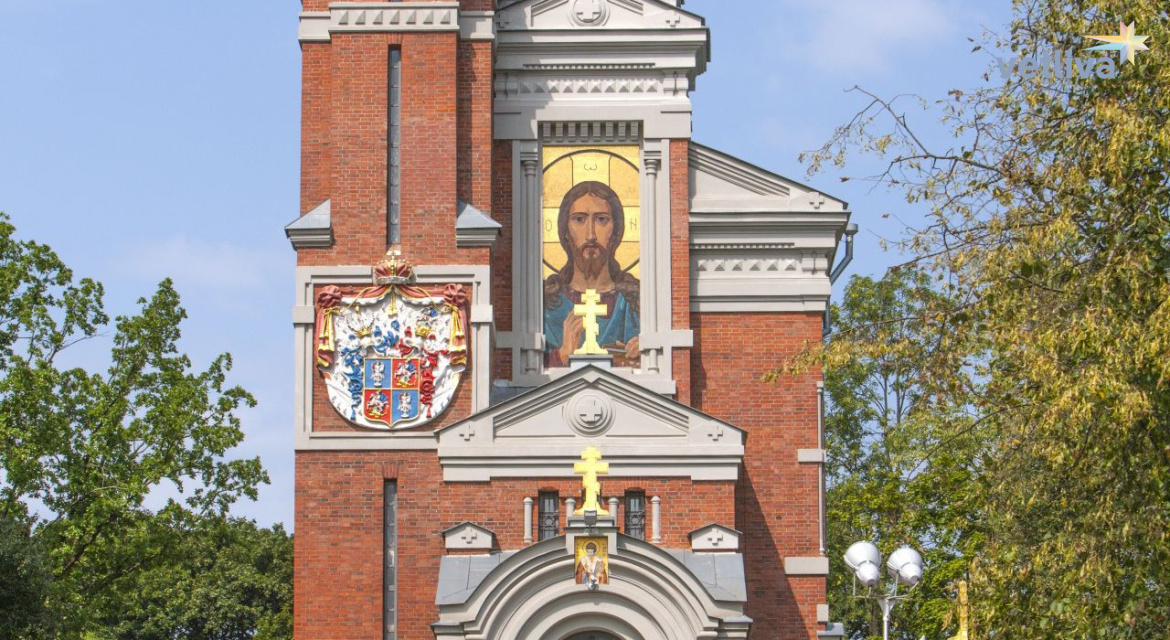 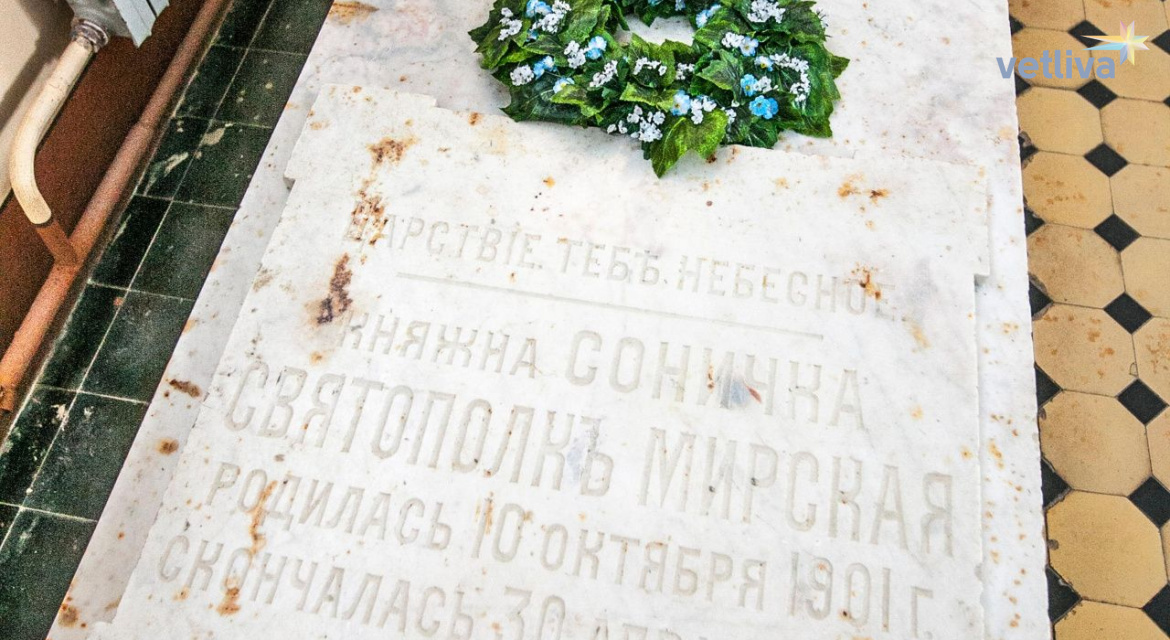 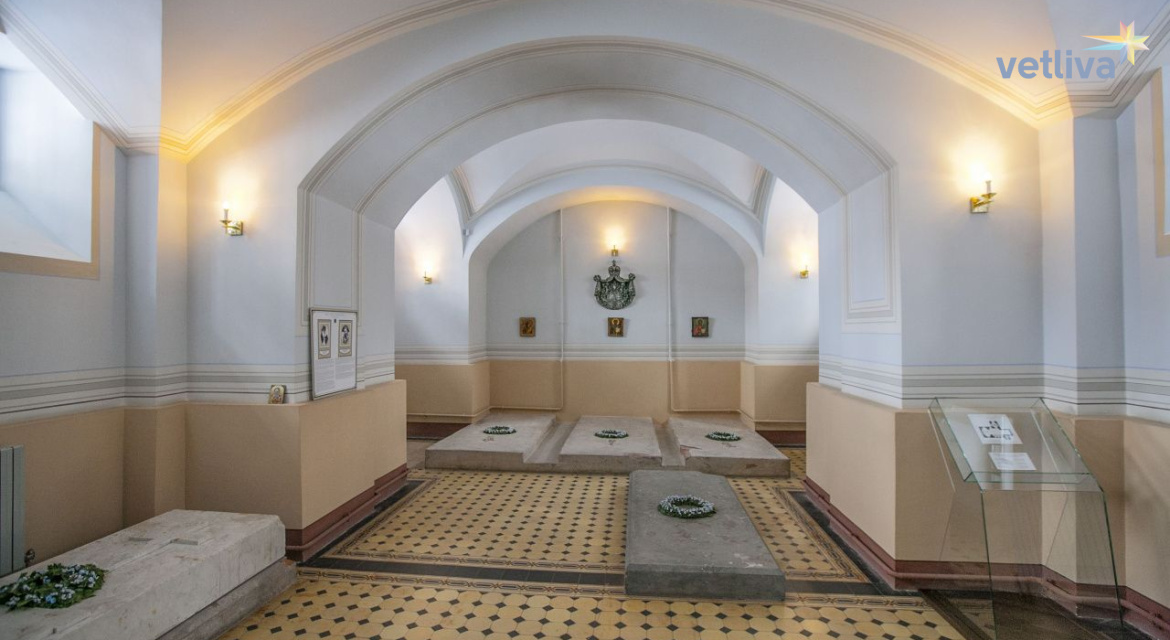 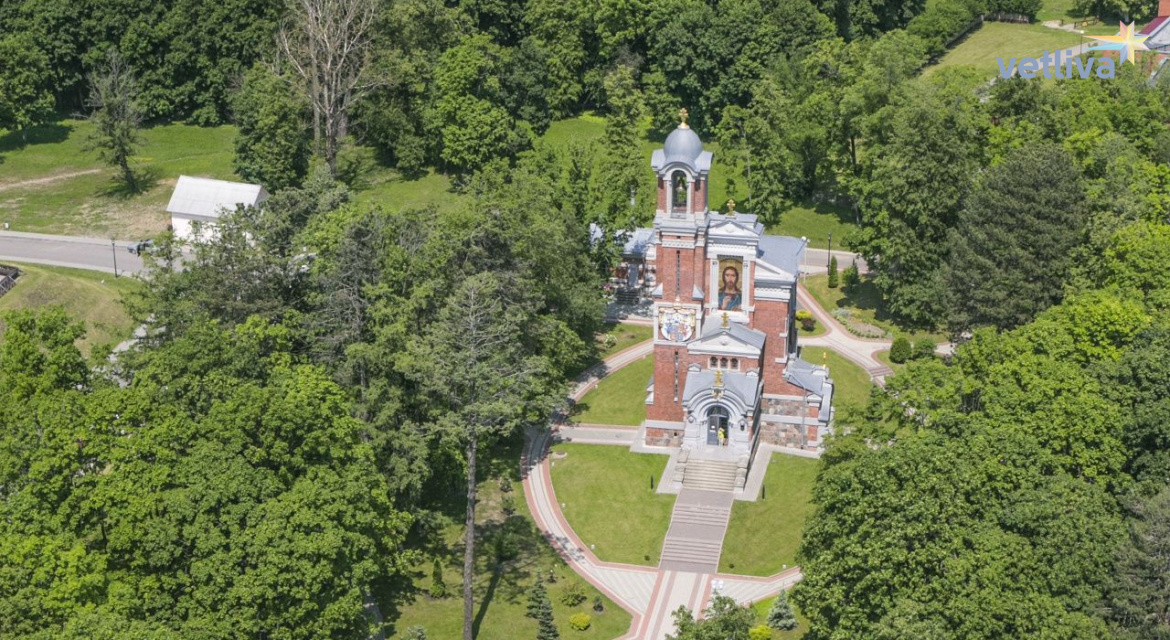 The chapel-tomb of the Svyatopolk-Mirsky family in Mir. That building was used as a tomb for nobles of the Orthodox faith, while mainly Catholic families were buried in tombs in the territory of Belarus.

Architectural appearance of the chapel-tomb in the town of Mir


The chapel-tomb of the Svyatopolk-Mirsky family in Mir is a little church with a bell-tower decorated with a mosaic of the image of Christ Pantocrator. Although the chapel appeared at the beginning of the last century, it is included in the Mir castle ensemble. Representatives of the Svyatopolk-Mirsky family were buried in that chapel-tomb, they were the last owners of those lands. Many decades ago, Nikolay Svyatopolk-Mirsky bought an estate in bad condition in Mir. After the family moved to the estate, restoration works began in the territory of the castle – a beautiful palace was built and a large park appeared.

After the death of Nikolay, his wife named Cleopatra initiated the construction of the tomb for each family member. Architect Marfeld built the chapel, which perfectly blended with the castle of the small town of Grodno region. The building, built on a small hill, turned out quite monumental and majestic. It features elements of the Art Nouveau style of architecture with elements of the retrospective-Russian movement. The stunning mosaic is the main decoration, next to which a massive coat of arms of St. Nicholas is placed. The interior of the building was decorated with beautiful frescoes. In the underground halls, the Svyatopolk-Mirsky dynasty rest in peace, including the owner of the estate Nikolay and his wife Cleopatra. The construction of the chapel lasted more than one year. During the wars, the chapel was ravaged and the building itself was in bad condition.

Excursion tours with a visit to the attractions of Mir


The town of Mir in Grodno region is interesting not only because of a giant of the Belarusian tourism, which is included in every tourist route. We are talking about the Mir Castle. It has been considered the landmark of Belarus for many years.

There are also a lot of monuments of architecture of great value in these rich cultural landmarks. You should go for excursion across the Grodno region:

You can easily see all these attractions of Mir with one of our excursions around Belarus. You will be interested in the routes "Monuments of Mir and Nesvizh", "BG6 Royal Hunt" and "White Russia: Minsk, 2 days".