Around Belarus in 7 days: the seventh day

Around Belarus in 7 days: the seventh day

So, it was the last day of our "round-the-world" trip across Belarus. Recall that we woke up at the farm for fishermen near Mozyr. After eating scrambled eggs with bacon and coffee, we had to move on to the final point of our route, from where we started our movement around Belarus - to Gomel.

Meanwhile, there was Mozyr on our way, known for his kvass, mead and sbiten. 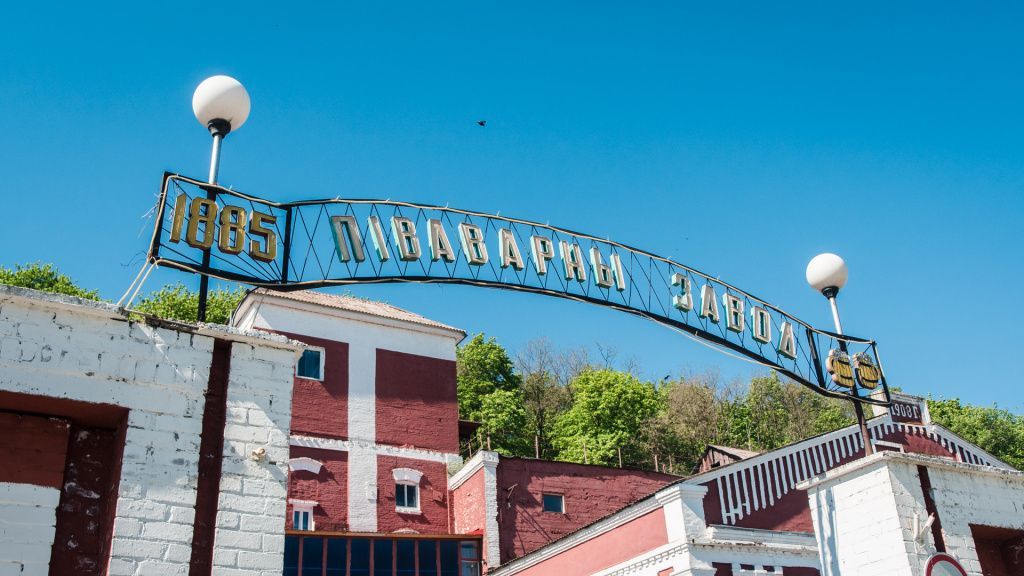 Here you will be met by an entourage saleswoman and you will see repair of the times of the USSR, as well as you can taste very delicious mead. After giving 4 rubles for a liter bottle, mead and sbiten were left at the end of our trip, when we could leave the car and relax. 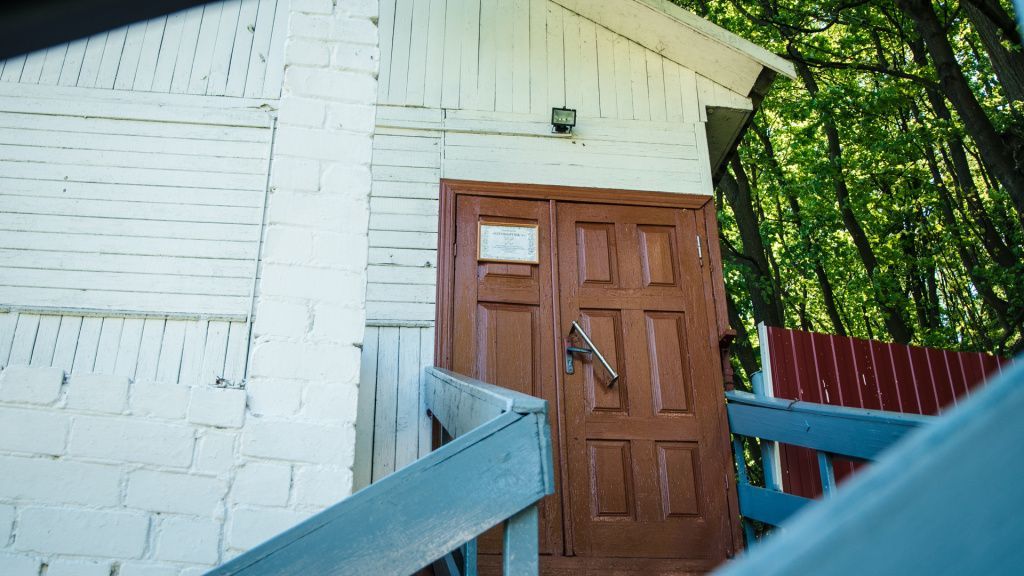 Here's the entrance to the very store. It is located on the right, if you stand facing the plant. By the way, if you want to put the saleswoman in a dead end, ask her why the plant is called “Mozyrpivo”, if the beer has not been produced for 30 years.

Another attraction is very close to the"Mozyrpivo".  You will not find it in any guidebook. This is the Mozyr club of winter swimming, located in a house two meters wide by two meters with the same tiny tablet. Unfortunately, we have not discharged the camera in time and we will not be able to show it to you, but, probably, one of the local people will be able to send a photo of this place. 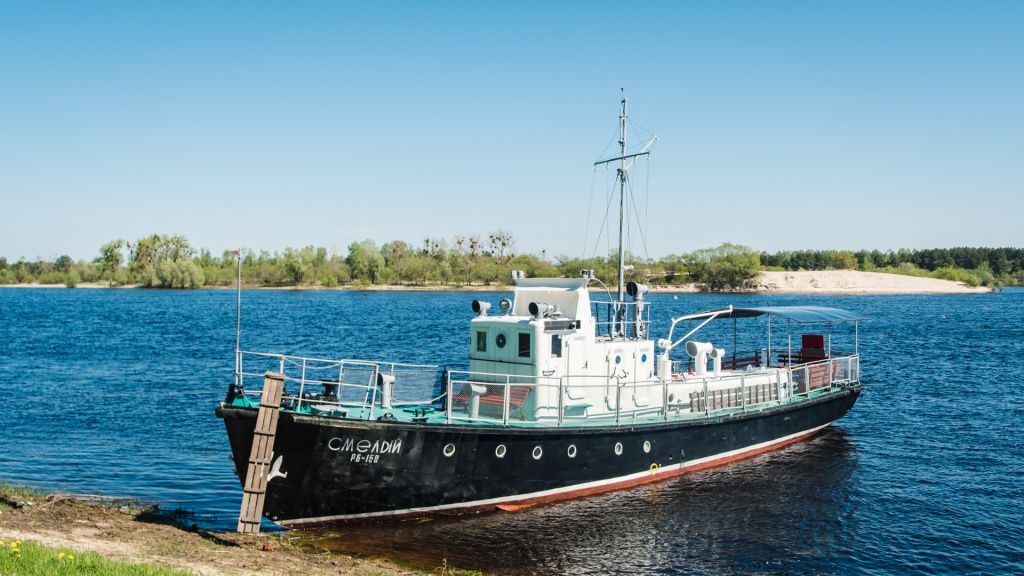 In addition, there is another interesting place in Mozyr - "a hill fort on Castle Hill". When we went to it, we saw many old houses. We did not go into the complex: there was only a museum from antiquities and w had to pay at the gate. 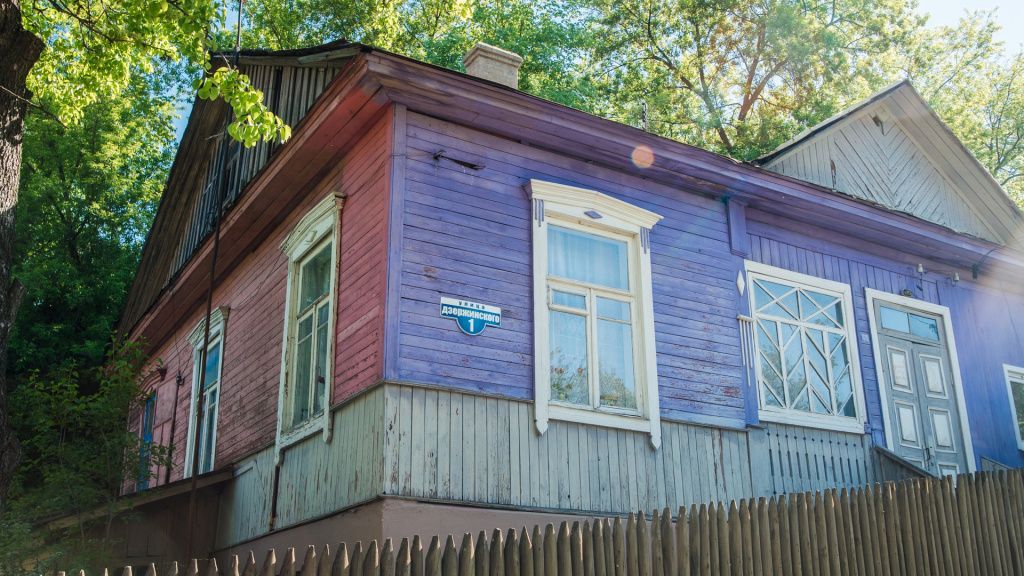 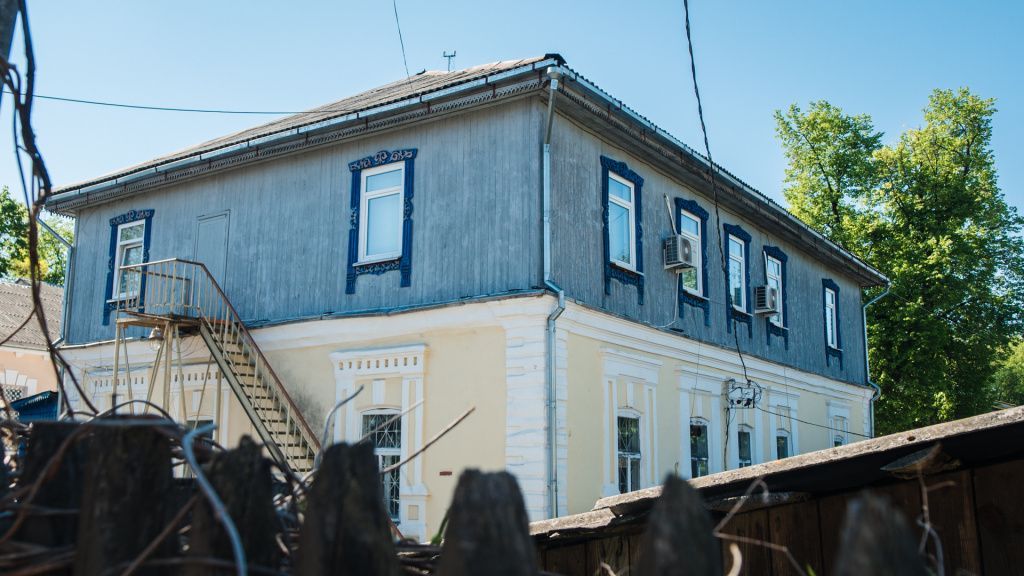 We were done in Mozyr and went to Gomel. It was a pity to realize that our trip was coming to an end: Gomel was just 50 kilometers away. Our trip ended very quickly.

We could see the towers pumping oil at the approaches to Rechitsa. We came closer and made a couple of shots. 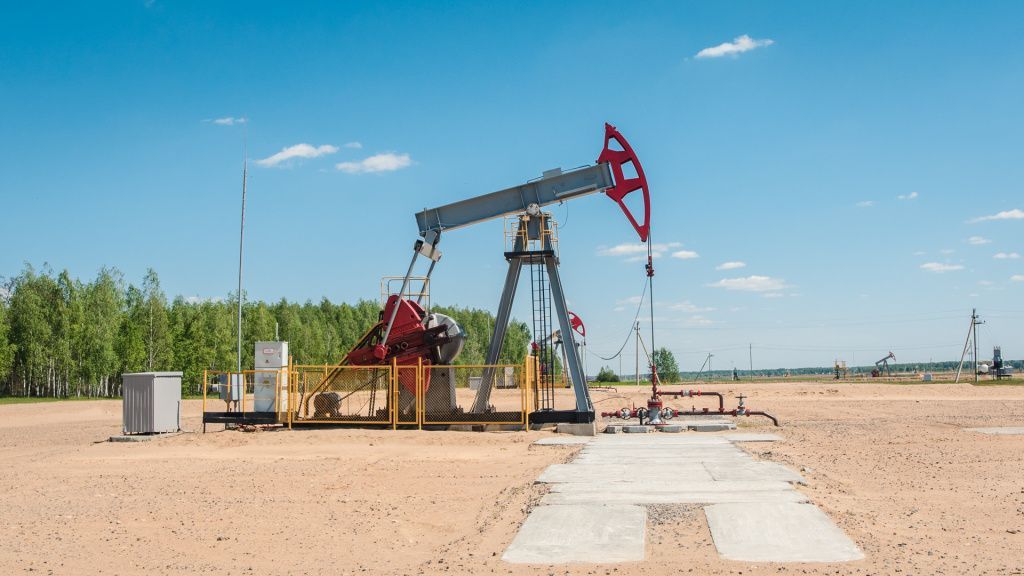 We counted about 30 operating oil derricks on that site. As you know, Gomel region, in particular Rechitsa district, is considered the capital of oil refining. There is an oil refinery in the same Mozyr.

Gomel was a few kilometers away. We asked the local guys where they usually lead the guests of the city: almost all of them said in one voice - to the park. The full name of the main Gomel landmark is the palace and park ensemble of the Rumyantsevs and Paskevichs. By the way, you can also watch it together with one of our excursions - that's a link to it.

Many say that it is even better than the Park Chelyuskintsev in Minsk. We decided to check it. Looking ahead, we can say that it has really turned out this way. Look at the photos! 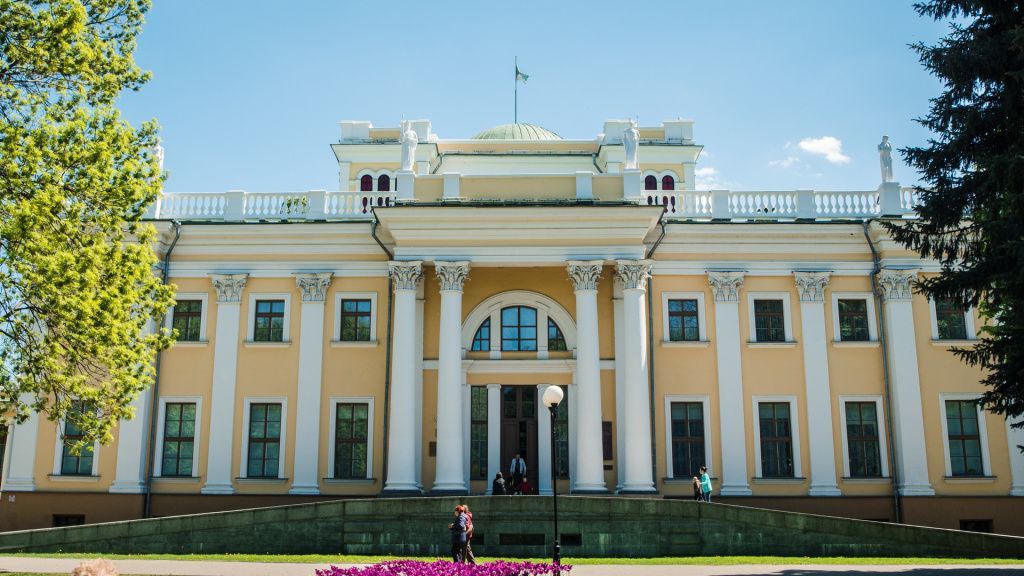 The local "White House" is the Palace of the Rumyantsevs-Paskevichs. In general, the Gomel park is a whole complex of buildings and interesting places: a palace, a hunting lodge, a swan lake, an amusement park, a winter garden, a lookout tower, a pedestrian bridge across the river, a quay, a motor boat that rolls all around Sozh, a couple of bars and restaurants, St. Peter and Paul’s Cathedral, a chapel-tomb, a rowing base and a beach. 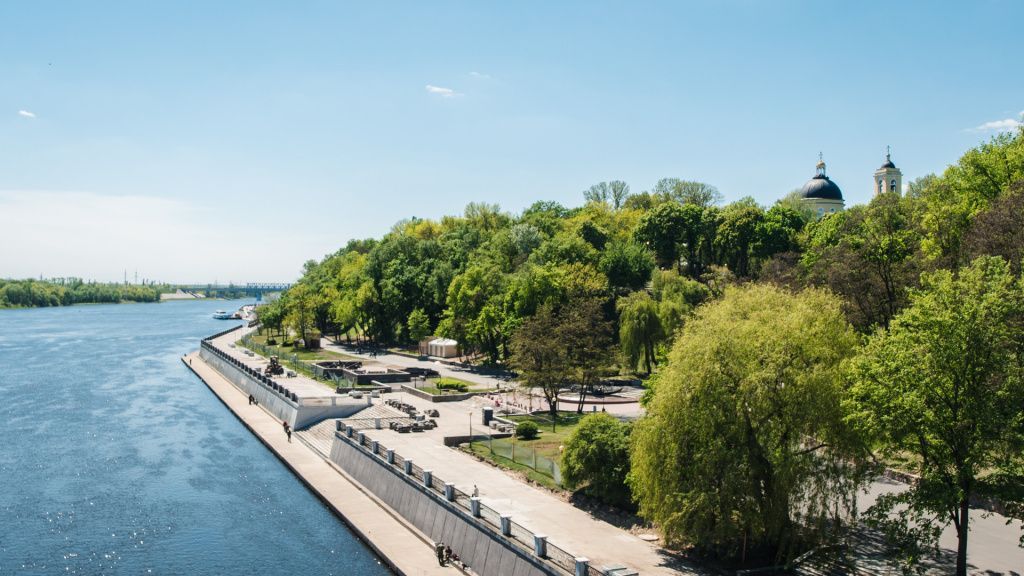 By the way, especially if you are still young at heart, we will advise you one of the bars, "Kvartirnik". This is a youth place with interesting people and touring artists. And if you have already seen life and want silence, there is the restaurant "Provans" with delicious European cuisine over the "Kvartirnik". We had lunch on the terrace, overlooking the river, and then we continued to explore the park. 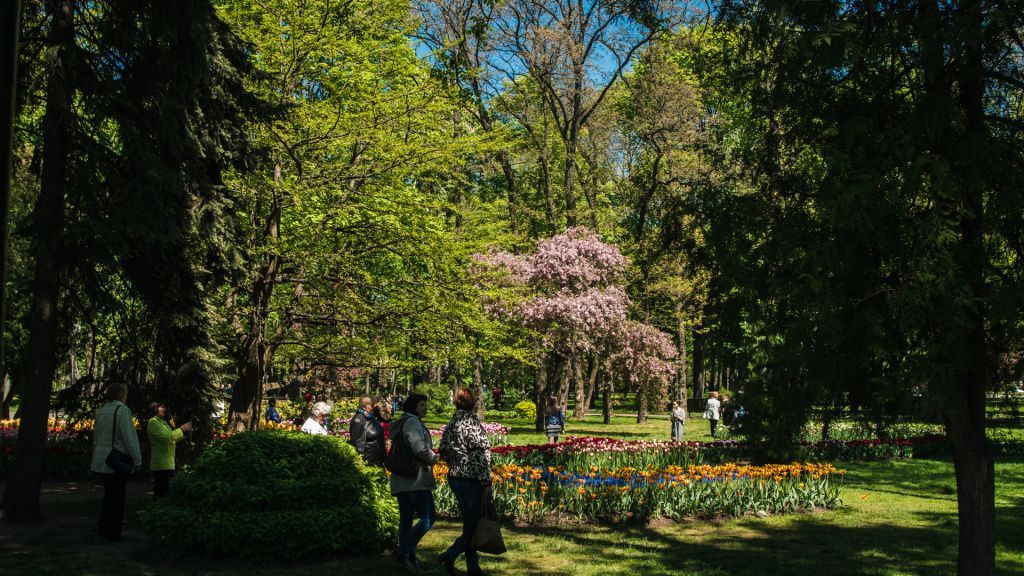 We were lucky enough to get into the park just at the time when trees and flowers blossomed. In comparison with Vitebsk region, summer had already come to Gomel. We finally managed to take off warm clothes and sit in the sun. 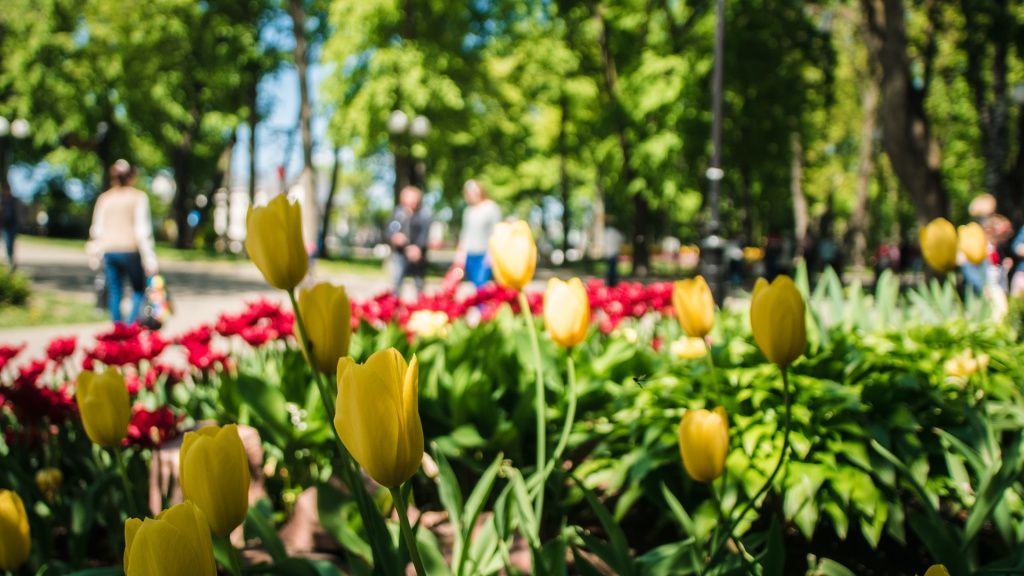 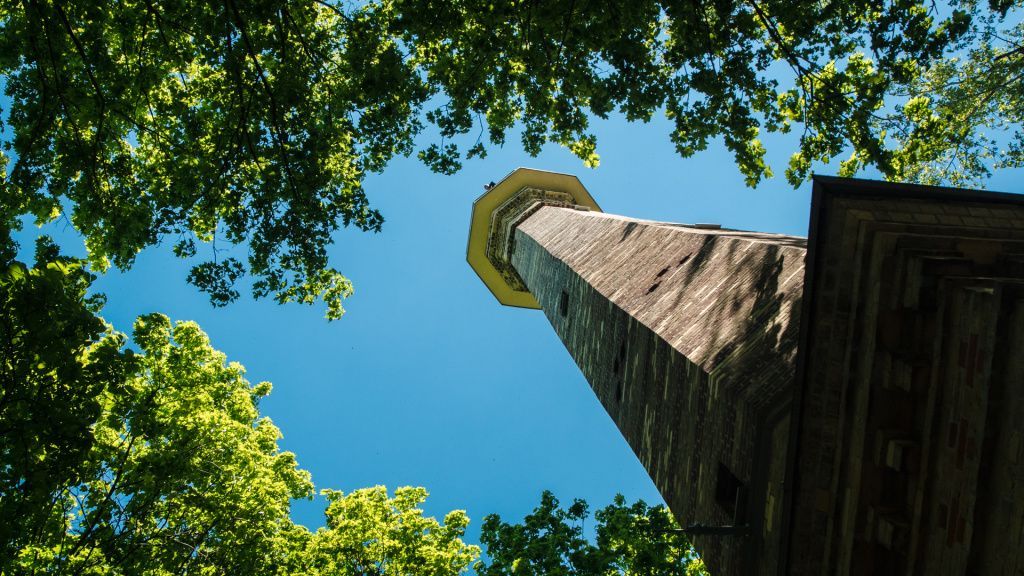 This is the watchtower, which runs to 7. In summer it is impossible to see the sunset, as it gets dark after 8. This tower is a part of the former sugar factory, which once has been on this place. 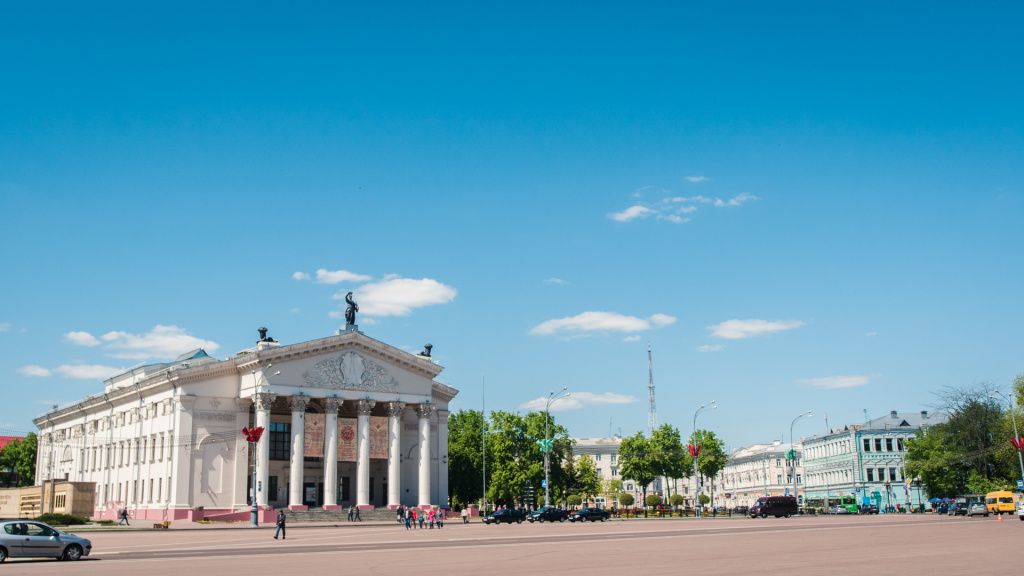 There is the majestic Gomel Drama Theater outside the park. Coming closer, we saw that the play "Romeo and Juliet" in the modern processing was to run the next day.

We decided to finish our trip in the most famous Gomel mobile coffee shop "Cup of Peace". Music is often played here. It is recorded on vinyl records, and street musicians-travelers perform here too. There are enough of natives.

Thank you for being with us all those days. Well, are going to try Mozyr mead, sbiten and recollect how it has been. Watch our new projects, and we will try to show you Belarus.

Day First - From Gomel to Mogilev through the estate of the Tolstoys
Day Second - From Mogilev to Polotsk through spiritual Vitebsk
Day Third - From Polotsk to Braslav and a little winter in May
Day Fourth - From Braslav to Grodno
Day Fifth - From Grodno to Brest through Belovezhskaya Pushcha
Day Sixth - From Brest to the swamps
A bit of specifics for lovers of numbers: