Around Belarus in 7 days: the fifth day

Around Belarus in 7 days: the fifth day

Belarus travel guide VETLIVA continues the series of articles "Around Belarus in 7 days". We sent a group of our employees to an expedition around Belarus.

Arriving in Grodno, we immediately started with the sights. Our team had already been there more than once, it allowed us to feel there right at home. There was nothing new in familiar houses, small streets and restaurants around us, but we again fell in love with the atmosphere of Grodno. 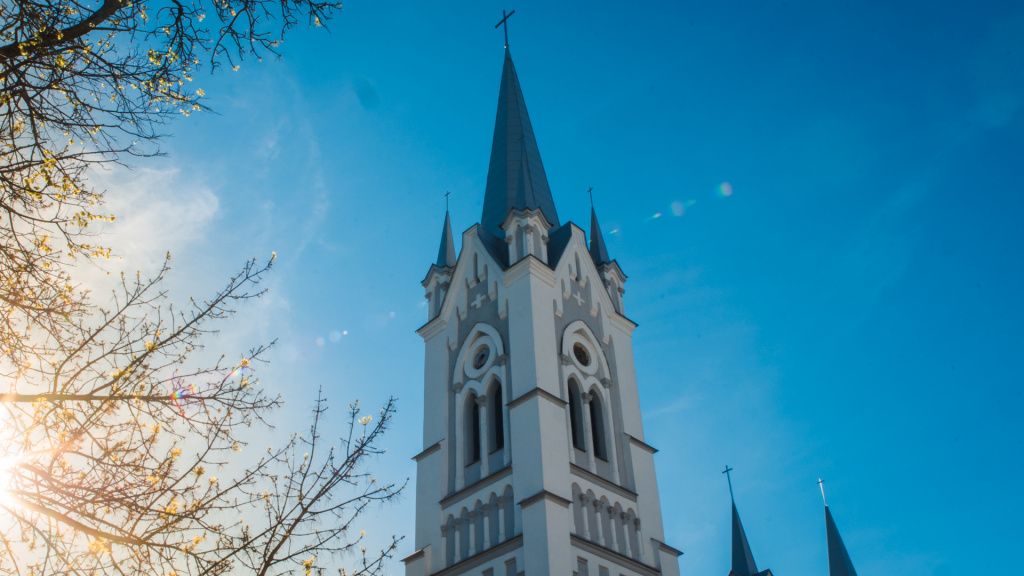 The church of the Lutheran faith appeared in Grodno in 1793. Lutherans had come to the city from Germany a decade earlier. They came at the invitation of the Grodno starosta to open the royal manufactories there.

On the way, we visited the Old and New Castles. We spent a little time on them. There is the Ministry of Culture in one of them now. The building has been rebuilt in the style of Soviet architecture. Besides, you can’t get inside without a badge. 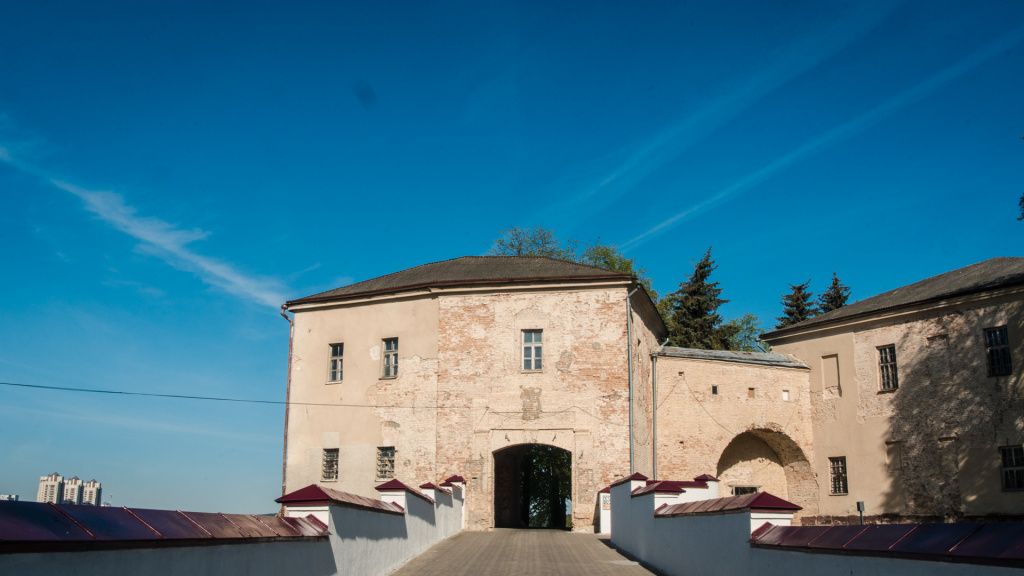 But, if you like panoramic pictures, it is worth to visit. The Grodno fire station is near the castles. There is also a small museum where a large number of old photos are exhibited. 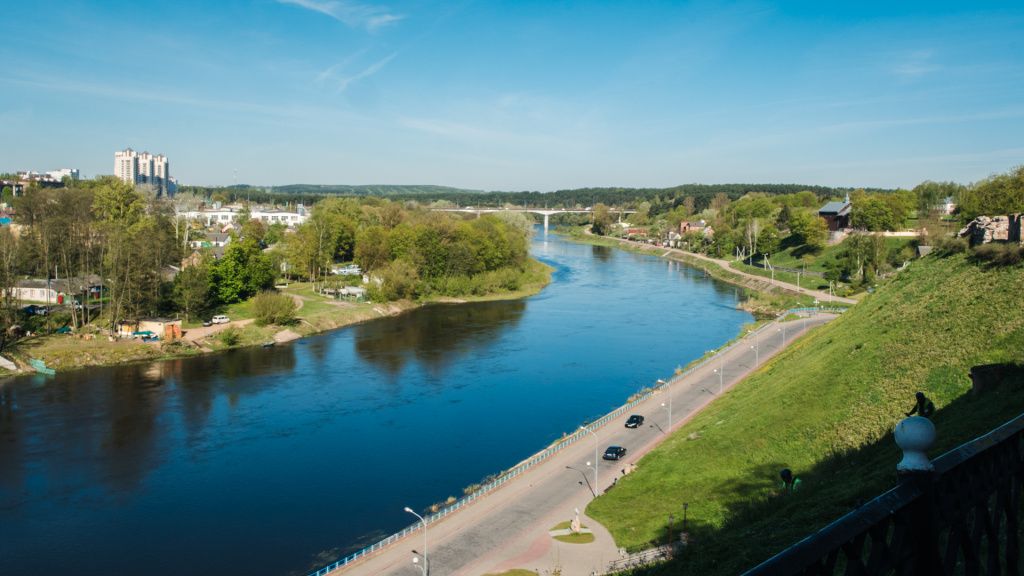 The Farny Church was the last place we visited in Grodno. By the way, this and many other no less interesting sights of this beautiful city can be visited as part of one of our excursions, where you will learn even more. 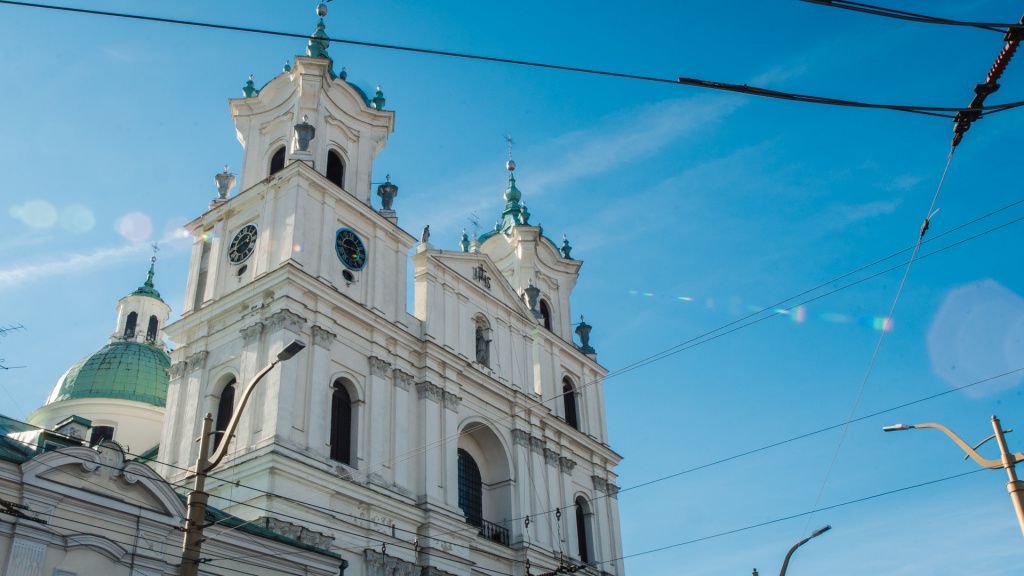 We got there just during the morning service, so we decided not to miss a chance and come in and watch how it goes. The service was conducted in Polish. As it seems to us, services in churches are more democratic than in Orthodox churches. People can be in any clothing here, headgears are not needed. We did not shoot inside, so as not to disturb other people, and quickly left.

After walking around Grodno, we decided that it was time to gain new impressions. We headed for the Augustow Canal: there were 60 kilometers ahead. We drove in the direction of the lock, located in the village of Nemnovo. 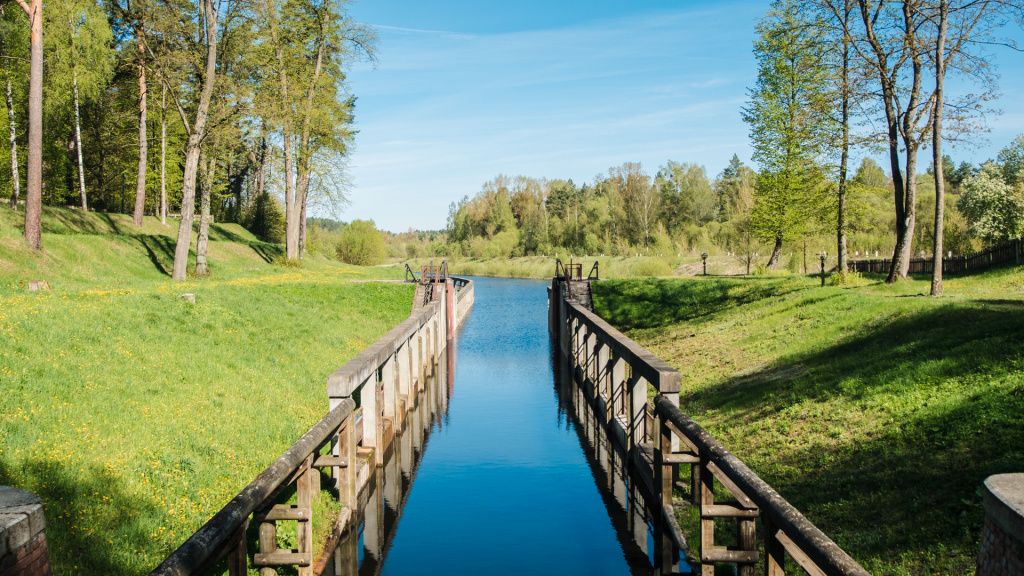 When we arrived there, we were alone. There were no tourists or local residents, only a friendly dog ​​was running around and wanted us to stroke it. Thanks to us, it was given the nickname "Friend", since he went everywhere with us. 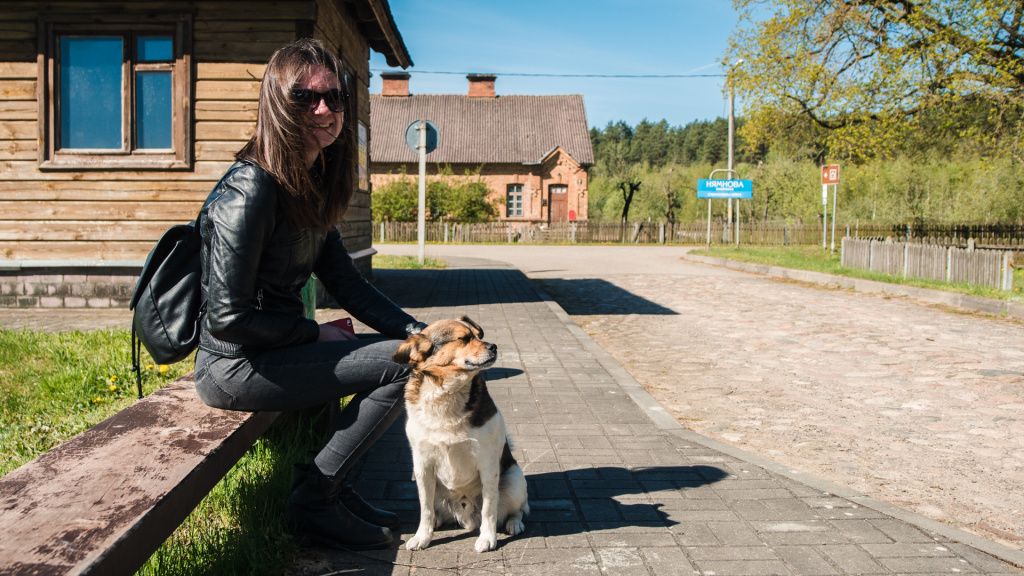 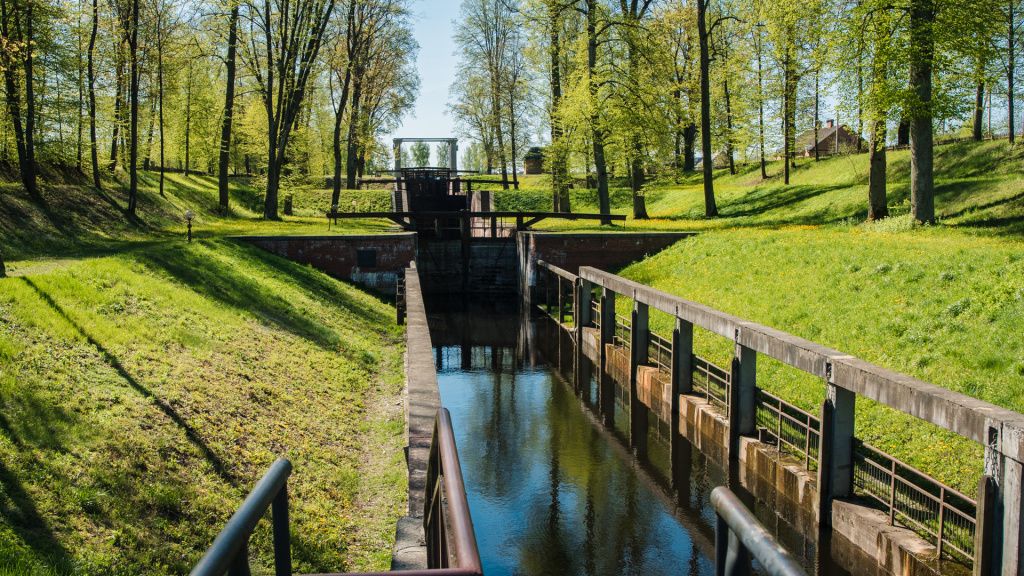 The gateway has been restored comparatively recently: it is really nice to walk around now, and it is very beautiful in its surroundings. It's definitely necessary to come here! 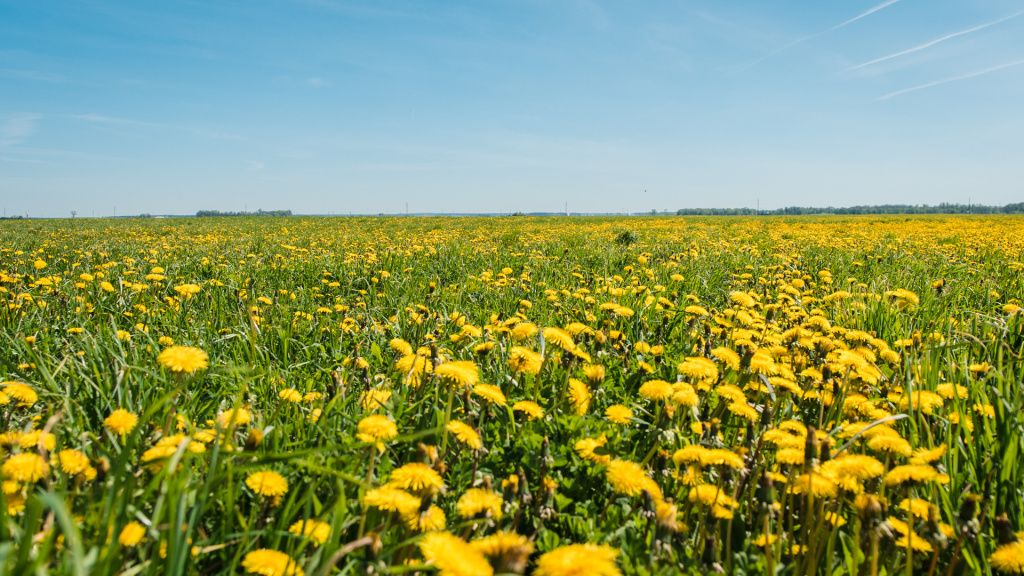 Probably, it is possible to say with confidence that the calling card of Grodno region is the endless fields of dandelions. They are everywhere, they are so cool to be photographed. We could not resist too, and we stopped specially to get smart shots on the way to Mirsky and Nesvizh Castles. 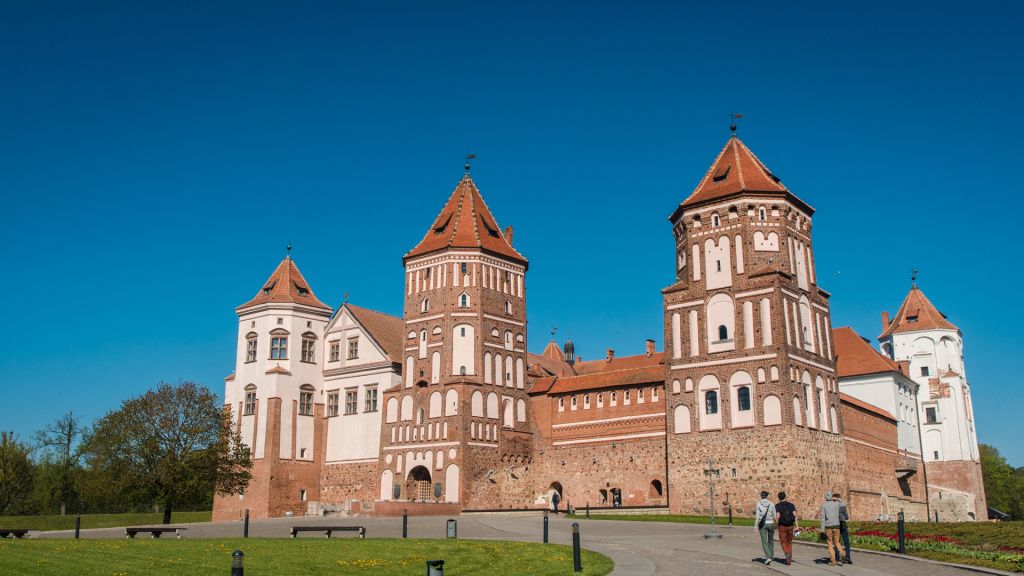 This place needs no introduction: it is known to all Belarusians without exception, and many foreign tourists. In our case, we received another confirmation of the fact: a Chinese delegation was there at the same time. We told one of the tourists "Ni Hao Mei", which means "Hello, beauty!", it made her smile. Then we decided to have a snack in the cafe "Mirum", which was nearby. There is a very good Belarusian cuisine here and, by the way, a classy annual open-air called Mirum music festival is held in this place in August. It will be held for the 4th time this year already. 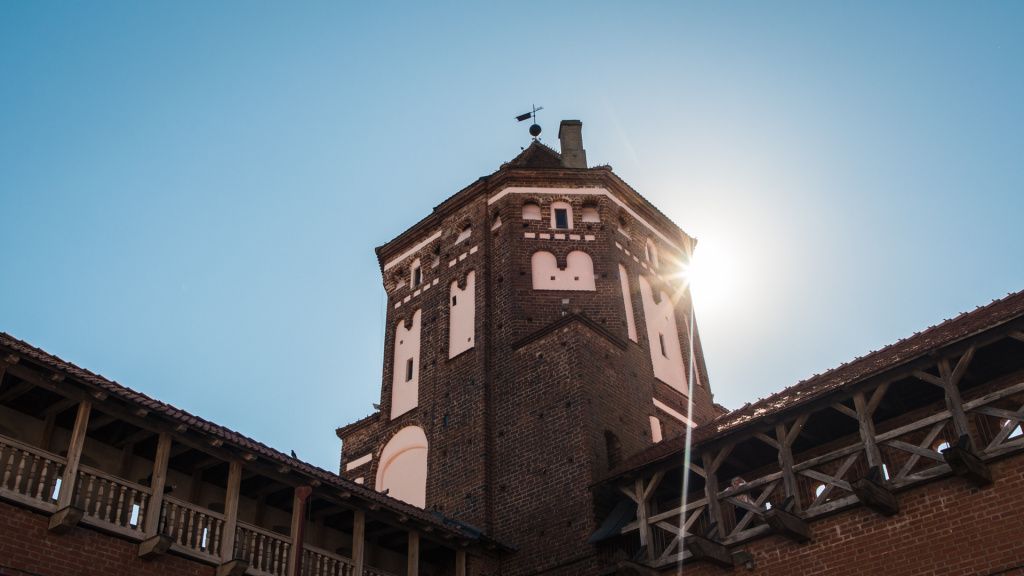 Having made a couple of hundred pictures, it was decided to go further - to the neighbor of Mir Castle in Nesvizh. They are only 20 kilometers away from each other. 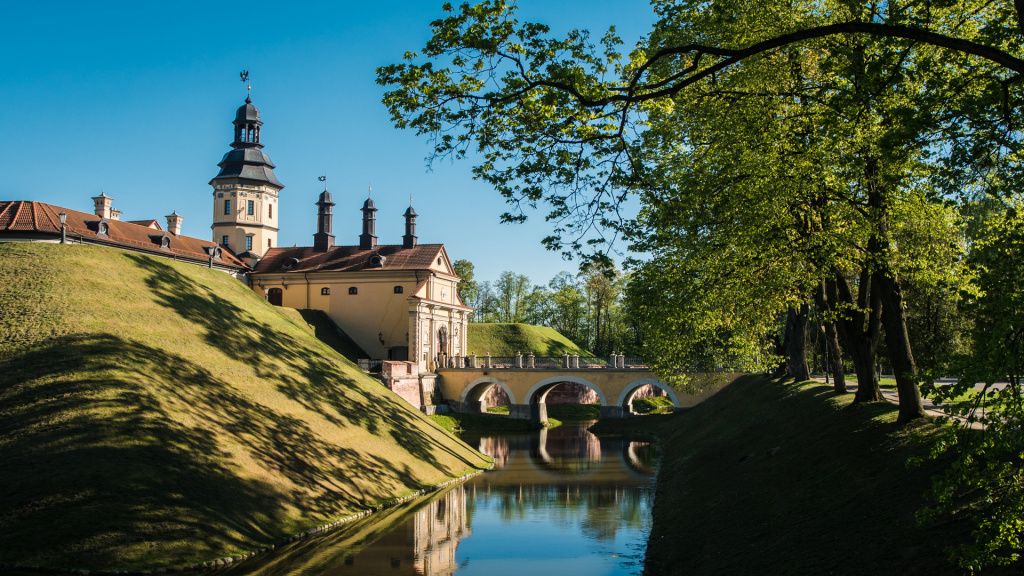 Both castles are completely restored. There is a well-developed infrastructure around them. It is very good for foreigners who are accustomed to good conditions. By the way, there is a hotel in the Nesvizh Castle itself. We once had time to stop in the hotel. It was very unusual to sleep in such a building, and we felt very healthy the next morning. The cost of a tour of the castle is 16 rubles, and spending the night in the room is from 120 rubles per night. 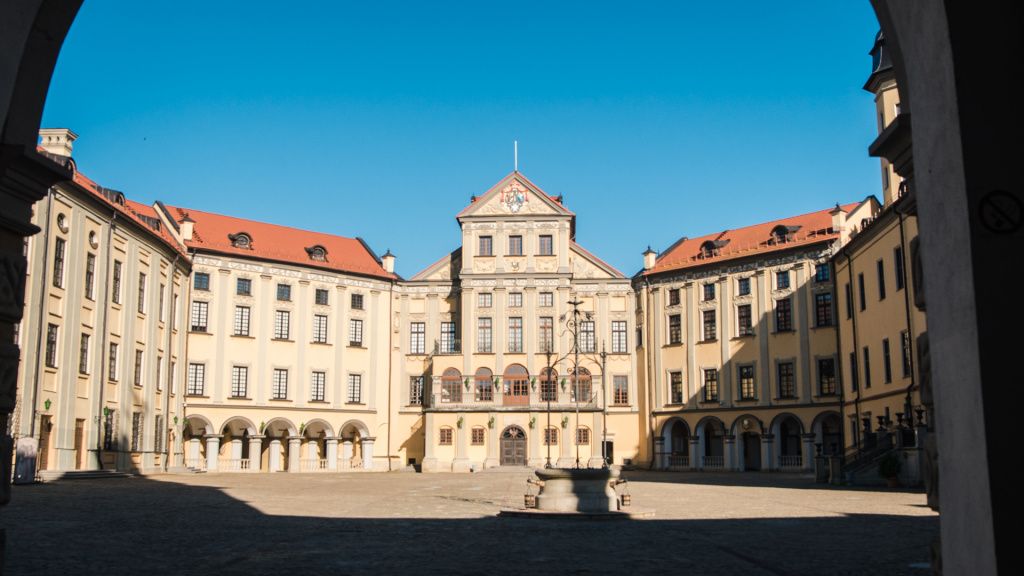 It was high time, so we were going to spend a night in Brest, where we soon moved out. 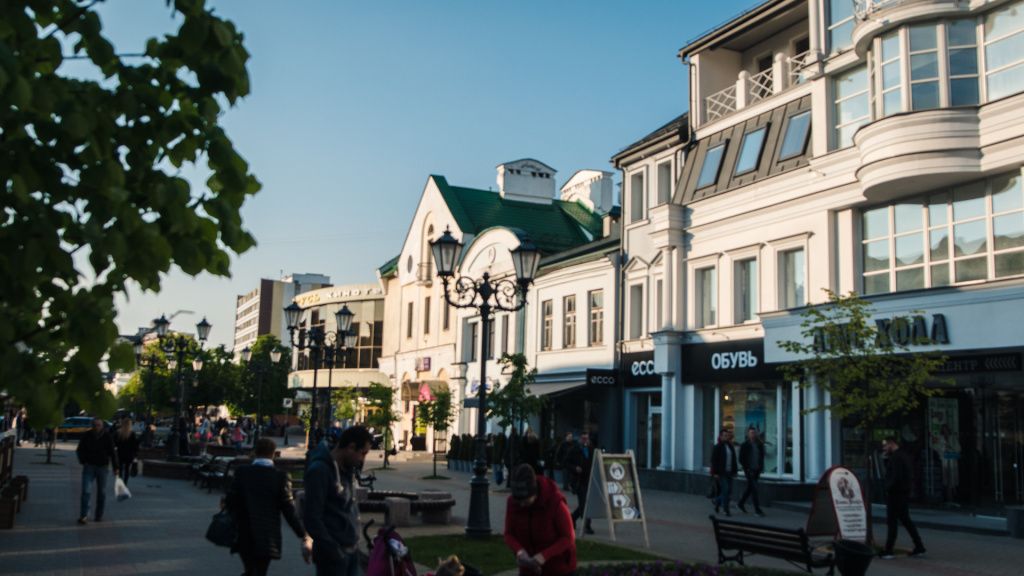 Towards evening we reached Brest. Having settled in the apartment, we decided that we should eat and recover strength after such a long journey. We connected with the local guys. They all advised us the institution with an intriguing name "Cow" where we eventually decided to move forward. They brew craft beer and prepare excellent steaks, we advise it!

Having a good dinner and walking around the evening Brest, we decided to leave the excursion for the next day and just admire the sunset. 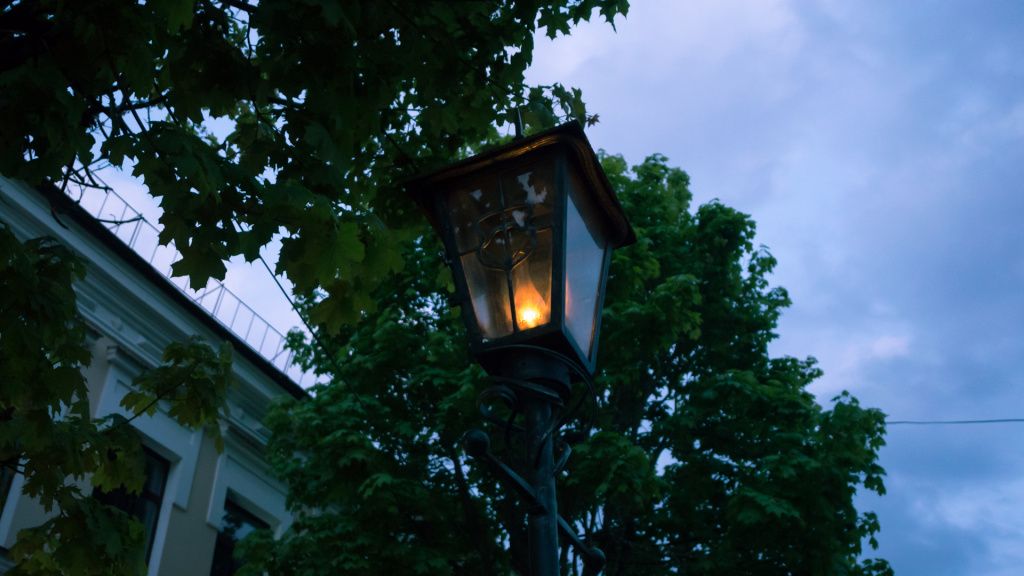 Walking along the pedestrian street, we met a lamplighter. He lit the last lantern and went to his room, but promised to return the next day. It is very warm and unusual tradition! 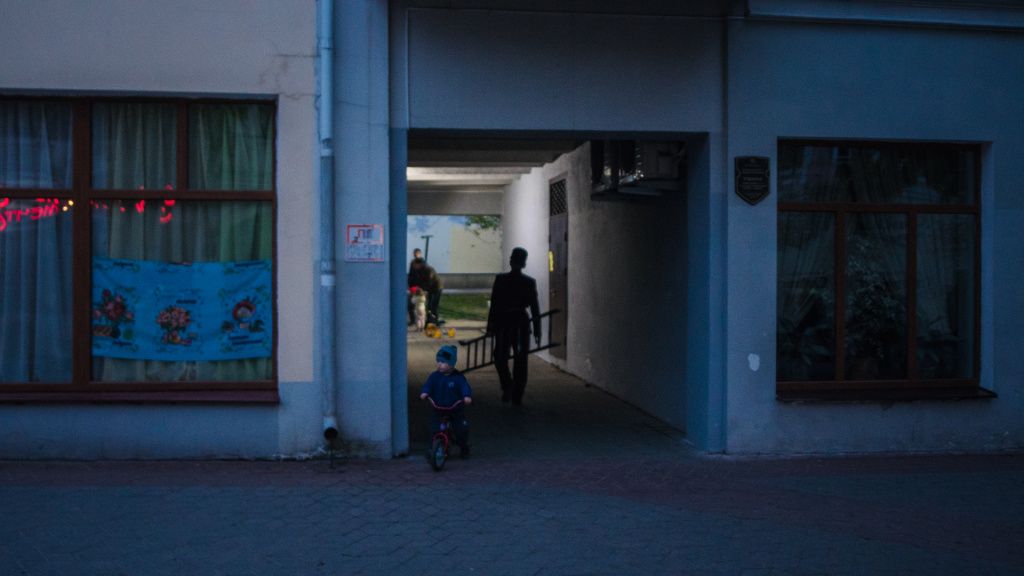 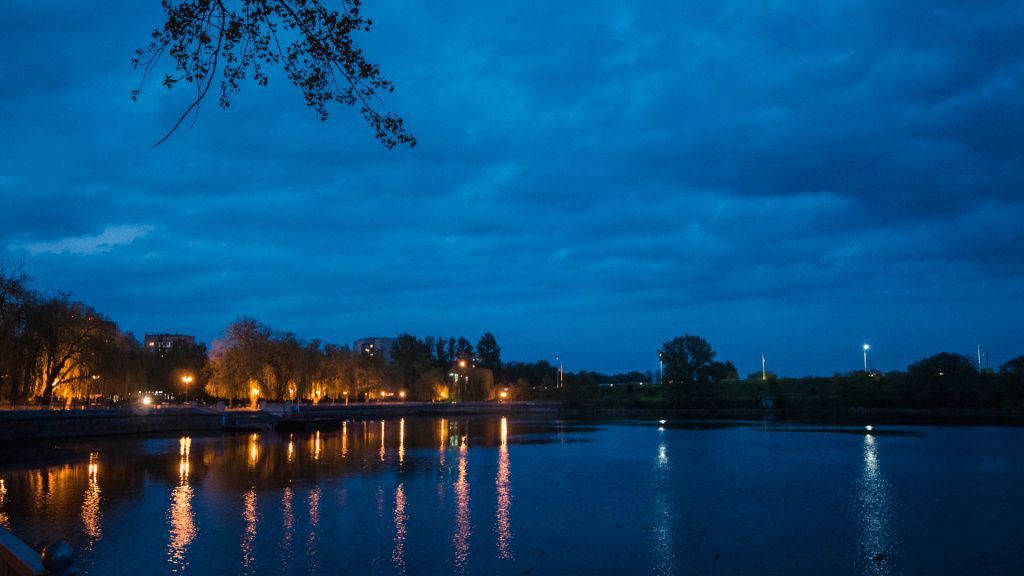 It was a long and difficult day. And we are waiting for the next portion of the ancient castles and Polesye swamps tomorrow.