Beautiful places of Gomel, which can be reached by bicycle

Beautiful places of Gomel, which can be reached by bicycle

The guide for picturesque places from VETLIVA

How often do you ride a bicycle? And if you knew cool places, where you can see a beautiful sunset or sunrise, where it's deserted and quiet, wh ere you can organize a picnic or just lie on the grass during a stop? Perhaps, then you would get a bicycle more often? 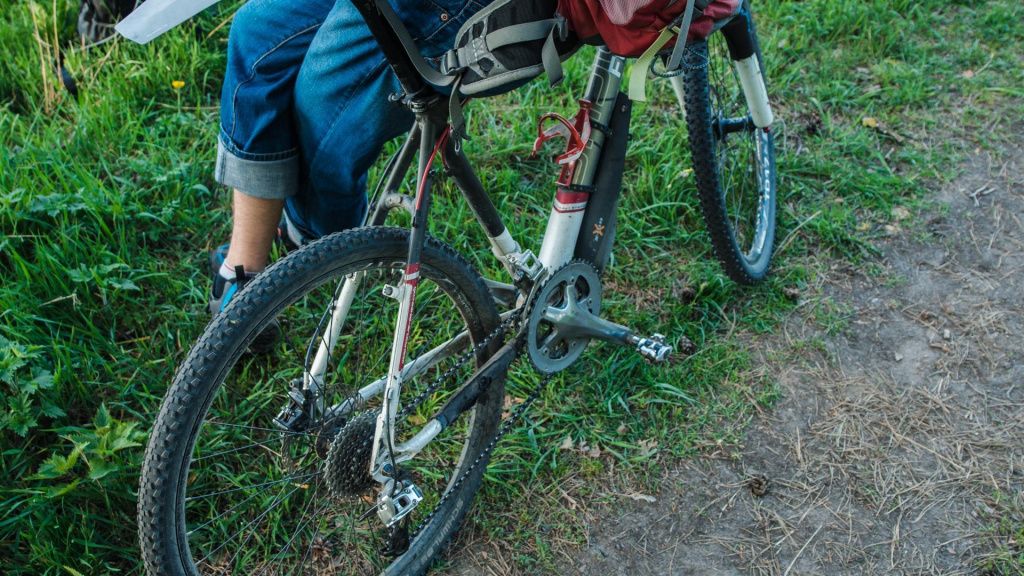 Today Dmitriy Trusov, a cycling representative of Velogomel, will lead us to his favorite places. 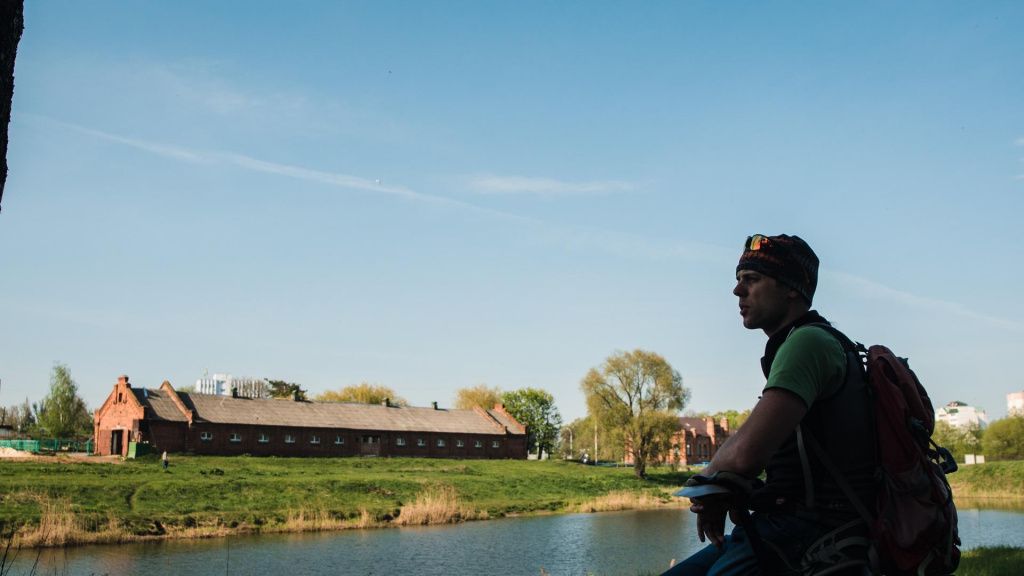 The Gomel regional center of the Olympic reserve for equestrian sport is located in a picturesque place of the city on the territory of the former summer homestead of Prince Ivan Fedorovich Paskevich. At the beginning of the nineteenth century, Count Paskevich Erivansky, Prince of Warsaw, became the owner of the town of Gomel, or rather his part, by purchasing the Rumyantsev Estate. In October 1837, Emperor Nikolai Pavlovich, traveling across Transcaucasia and evaluating the victories won by Count Paskevich, signed the most gracious Decree on granting him one more part of the town fr om January 1838 wh ere it was decided to place the prince's stables.

Dima was engaged in equestrian sport for 4 years, so he likes the comfort and pacification that horses and this place give him. Indeed, it is quiet and calm, not far from there is a field and a small forest with paths along which horses are strolling. Here also there is a small lake and ancient buildings of stables. 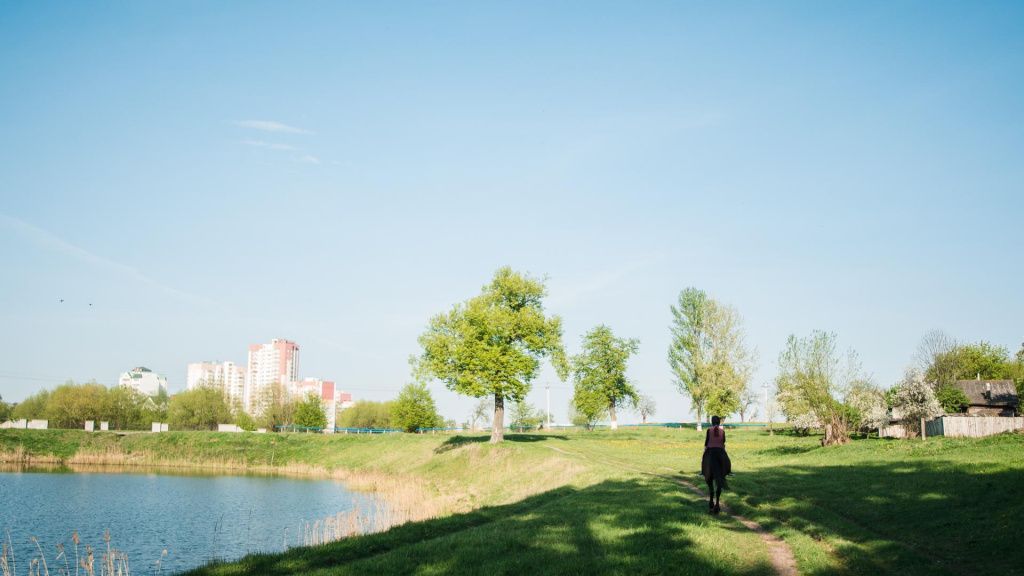 In general, a great place to stop for a few minutes and think in silence, looking at the lake surface. 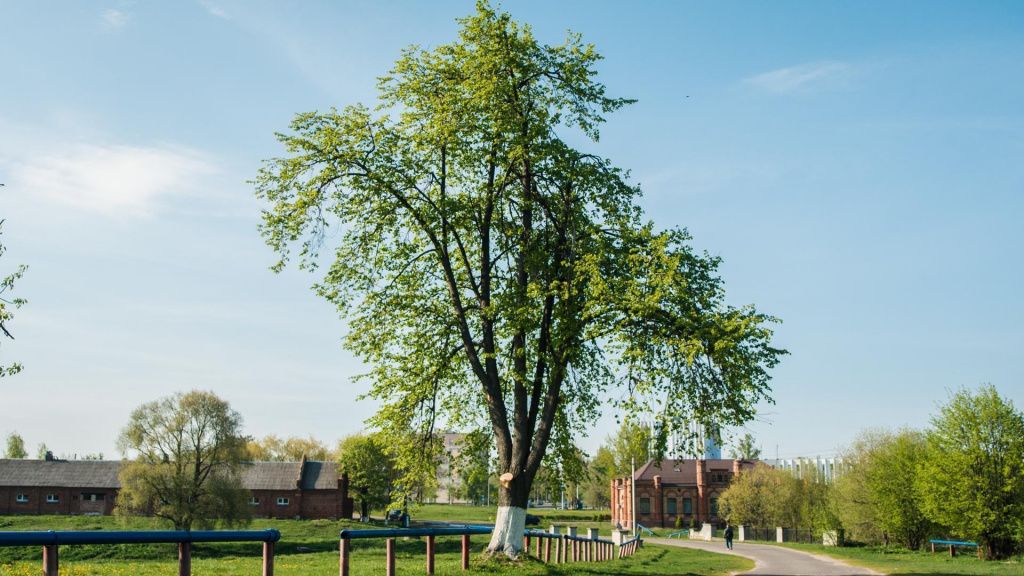 The Church of St. Nicholas


Dima is fond of the history of the city. He said that there was once a pagan temple, and then in its place the Church of St. Nicholas was built.

The Volotovsky Church of St. Nicholas the Wonderworker was erected for grants and by the order of Count Rumyantsev in 1817. Up to this point there was an old dilapidated wooden church. Specially for the construction of a new temple the talented architect John Clark was invited from England, and to paint the main altar, an order was given to send the local icon painter Sazonov to study mastery abroad in the Academy of Arts. 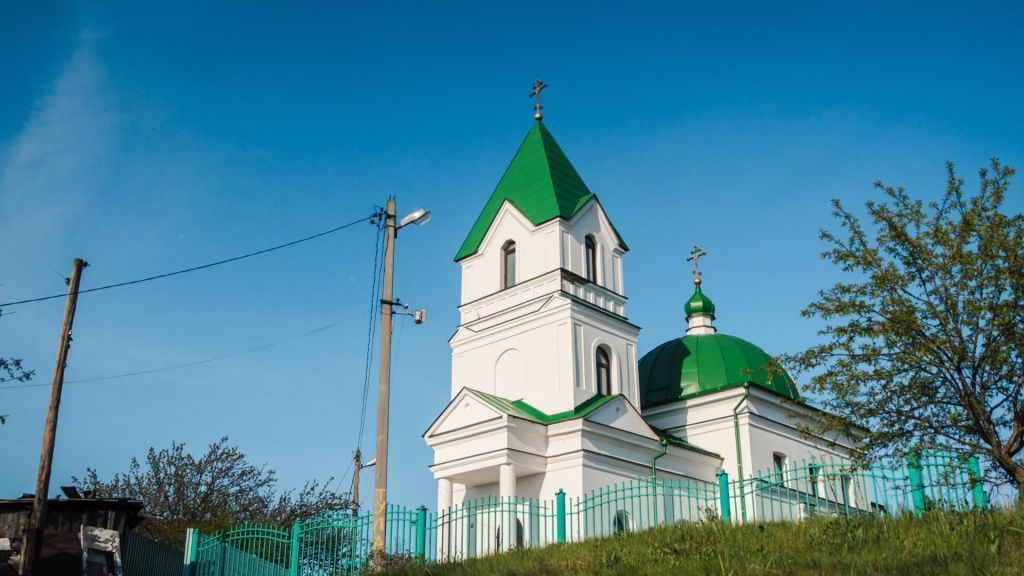 It is believed that pagan temples build in the places of strength. Probably, that's why Dima likes to be here. From here you can enjoy breathtaking views of the Sozh Bay and fishermen catching fish from the banks of the river. Nearby there is an island, which you can reach in summer by wading in the water.

Cape on the Obkomovsky lake 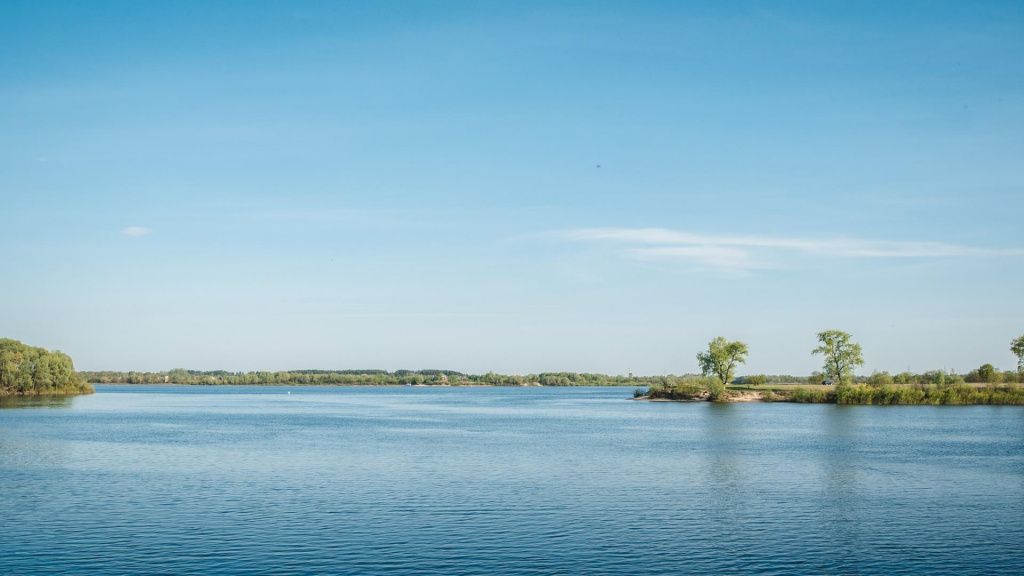 From here you can see a wonderful view of the merger of two rivers - Iput and Sozh. Despite the fact that often cut the water of the boat, the place is very quiet and not crowded. It was simply created in order to drink tea in privacy, listen to music or read a book in the shade of trees.

Then we went to one of Dmitri's most favorite places. It is located near the previous location. Being at the altitude, it looks awesome. 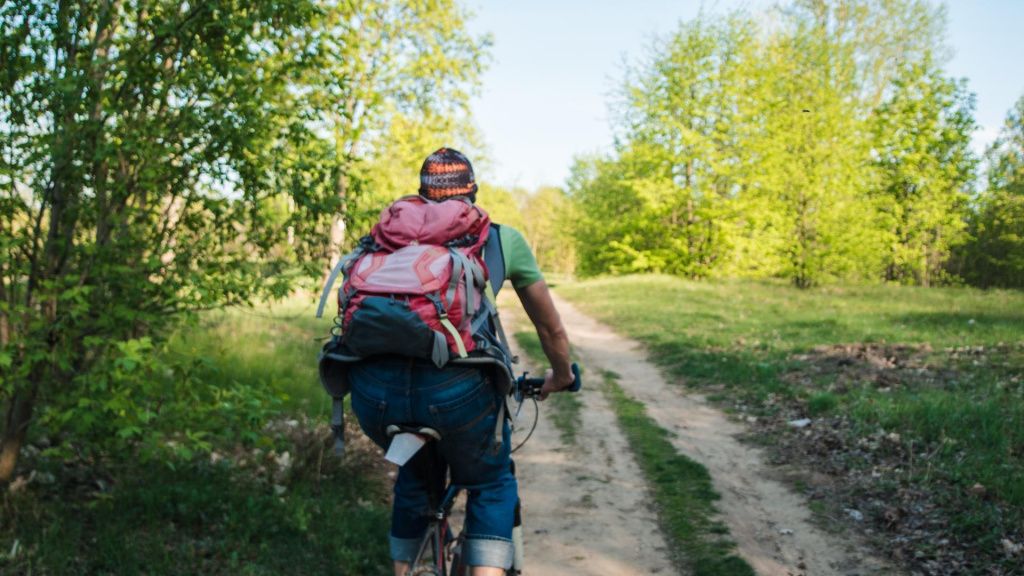 The construction of the Eastern bypass began in 2010, four stages were planned. During the implementation of the first, it is planned to link Khataevich Street in the Central District and Dobrushskaya Street in Novobelitskiy. At the second stage - to establish an automobile communication from Dobrushskaya street to the M10 highway (Larishchevo settlement). The third is to loop around Volotov and Selmashevsky microdistrict. The highway will run along Kamenshchikov Street, Lepeshinsky through Krupskaya Street, Sovetskaya Street, Efremova Street. The last stage will connect the streets Dobrushskaya and Ilyich. At the moment, the construction of the highway is only at the first stage. 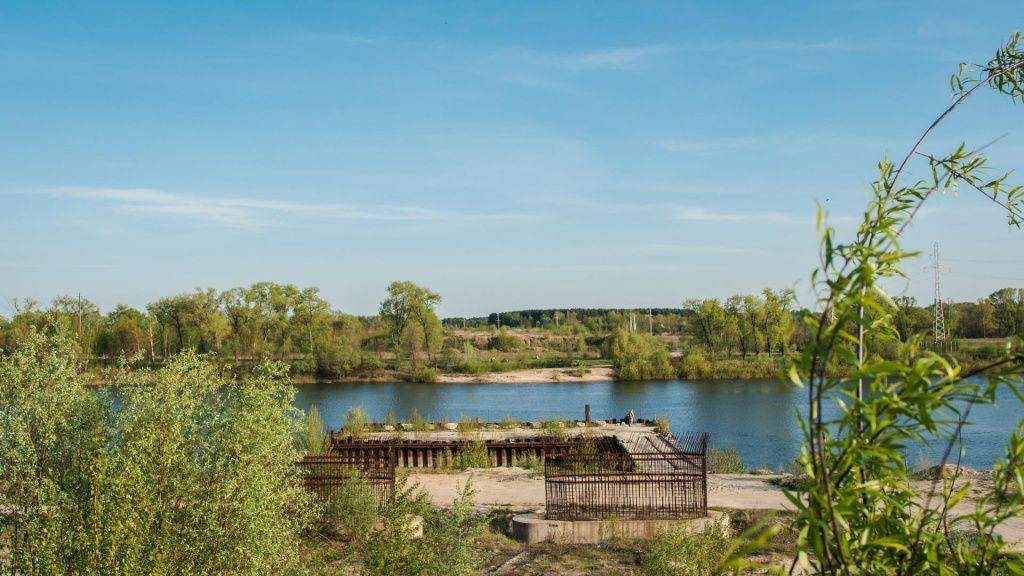 With a high sandy mound, a chic view of Sozh and its embankment opens. In the park, cranes are visible, barges and ships often float along the river. Fishermen have adapted to construction and fish from an unfinished bridge. Dima is a lover of tea, so he often arranges tea drinking at sunset right here. 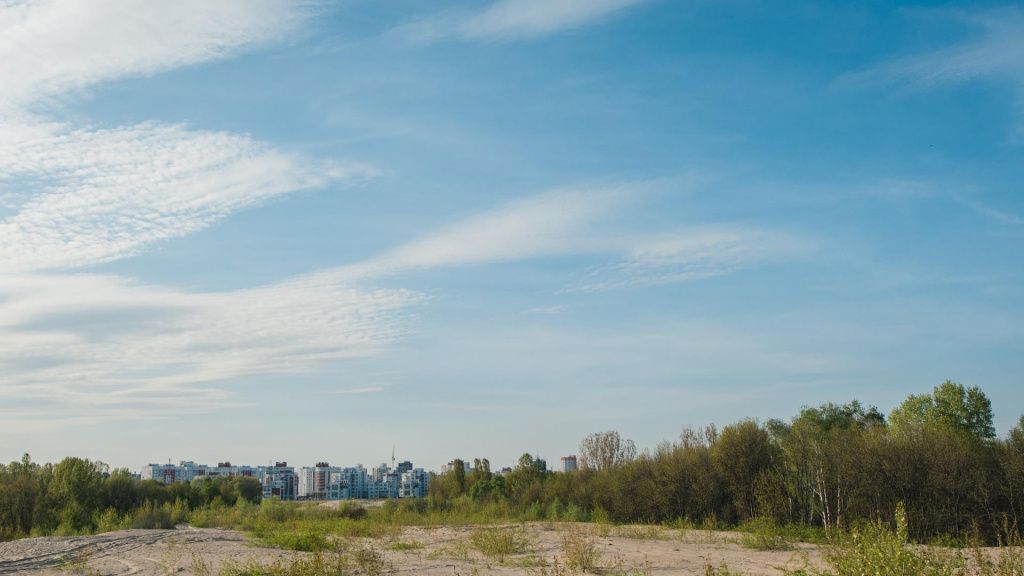 Here Dima often remembers about the Crimea and its narrow, cozy streets. I noticed that this place is very similar to Tbilisi. In general, for Gomel there are no differences in heights, as it stands on the plain. That is why such stairs are very rare for our city. 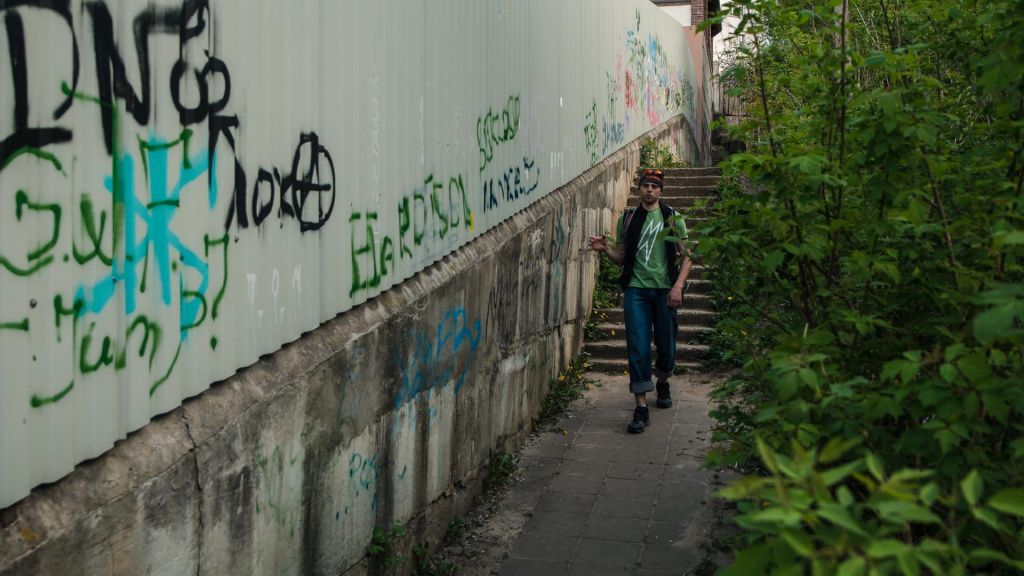 The embankment of the Sozh River

Another ideal place for tea drinking. Dima dreams that one day they will build an observation platform, wh ere people who love the beauty of our city and the embankment of the Sozh River will gather.

The Gomel palace and park ensemble was created in the period from 1777 to the middle of the 19th century by well-known personalities, state and military leaders of the Russian Empire Rumyantsevs and Paskevichs. The beginning of the formation of the park belongs to the beginning of the construction of the palace (1777-1785) too. 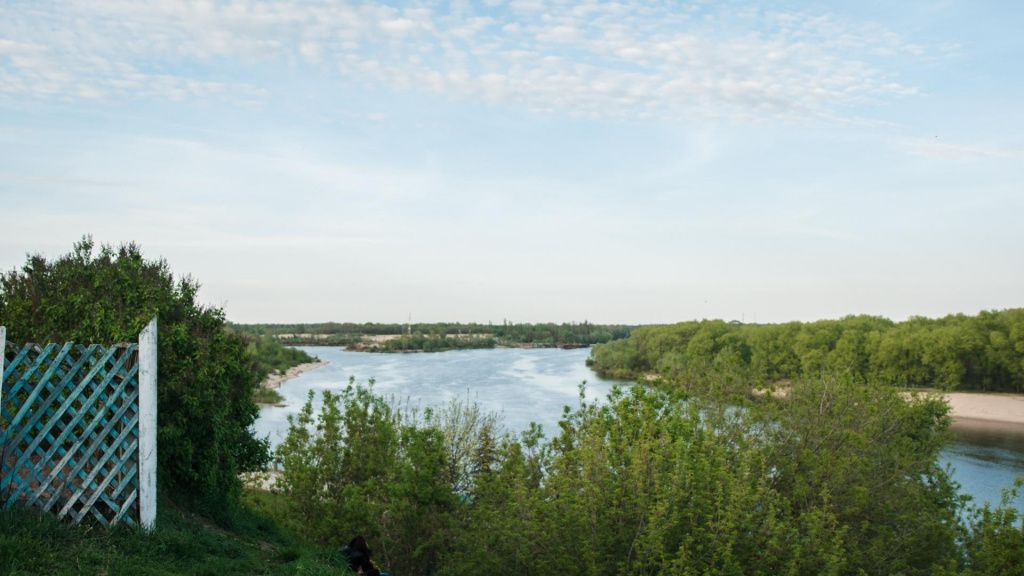 I'm sure that after our review, many of you wanted to go on a trip right now. Pleasant and easy road! 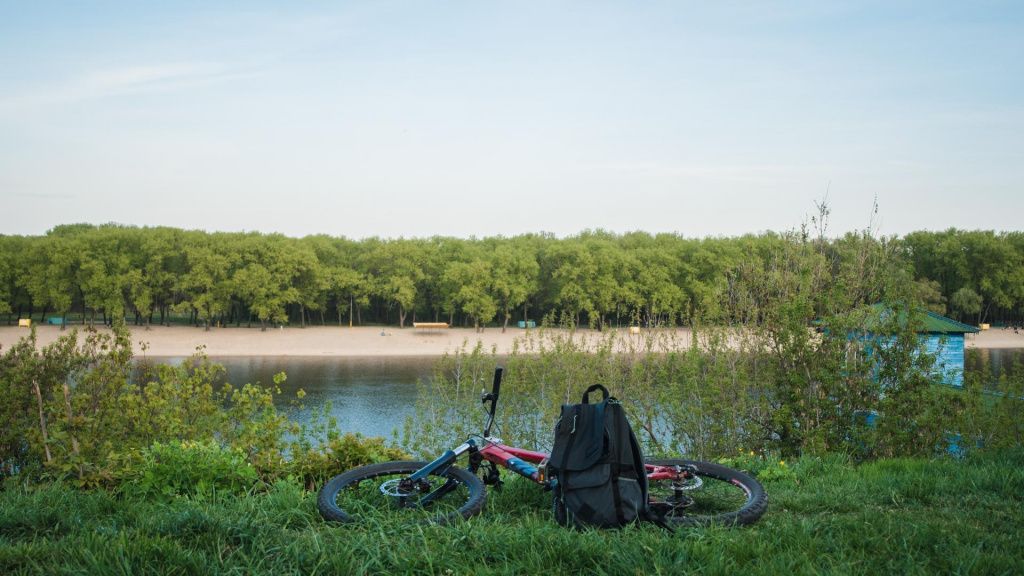 See you in the next city! Next in line is Mogilev. Meantime you can our cycling expeditions on the interactive map.