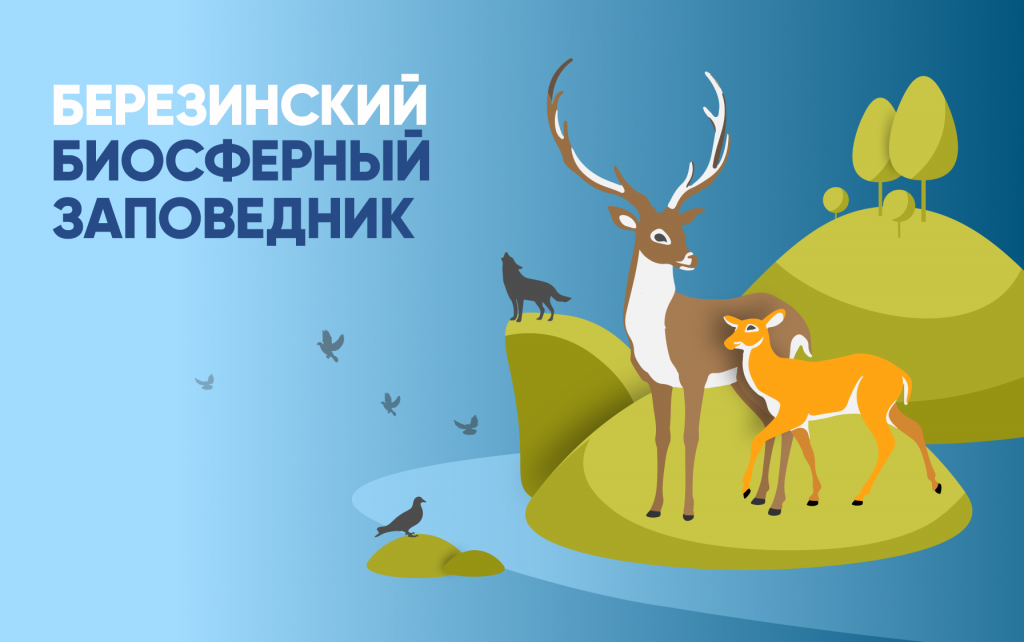 Berezinsky biosphere reserve is in the details:

History of the Berezinsky Biosphere Reserve

The year 2020 marks the 95th anniversary of the Berezinsky Biosphere Reserve. Strange as it may seem, but for the fact that it exists we should thank... beavers. People made their best and by the beginning of the 20th century these rodents had practically disappeared from Belarus. They were ruthlessly exterminated because it was prestigious to appear in a beaver's coat or manteau. Even officials had uniforms with a beaver collar. And of course, beavers were hunted for the beaver castor, which is famous for its stimulating medical properties, and is also widely used in perfumes to fix odours.

During his expedition in 1924, Professor Fedyushin discovered 23 beaver settlements on this land. It must have been the last population of beavers. Our reserve was established on the scientist's initiative. Now there are more than 2,500 beavers here, and they even create serious problems for agriculture: they block land reclamation canals, grooves, brooks and flood the land.

The current territory of the Berezinsky Reserve reaches 851.5 km2, which is comparable to the territory occupied by Moscow or the territory of four cities of Minsk! It has become possible to preserve nature in its original form largely thanks to wetlands that are difficult to access. Upper, transitional and lowland marshes account for 60% of the Reserve's area!

Rivers, lakes and swamps of the Berezinsky Nature Reserve

An extensive network of large and small rivers, including the beauties of the river Berezina, runs through its territory. The river carries its own waters for 110 kilometres, and not a single settlement can be found on its banks. Tourists and researchers come to Belarus from all over the world to kayak along the Berezina.

Interesting to know: 29 kilometres of canals were dug with the help of shovels and wheelbarrows, 6 dams and 14 locks were built in 8 years by order of Emperor Paul I in 1797. The Berezina was thus connected to the Western Dvina and the Baltic Sea. For more than 150 years there was a navigation between the Black Sea and the Baltic Sea.

Scientists believe that after the active melting of the glacier 10,000 years ago, the whole area was a huge lake. Then the water started to recede and a network of lakes appeared. There were 140 lakes on the territory of the Lepel region (and the reserve is located in three regions of Belarus), many of which eventually turned into swamps. Now there are 7 lakes in the Reserve, but all of them are shallow - only 1.5-2 metres deep. If the climate does not change, they will degenerate within 800,000 years and also become swamps. There is an amazing contrast just north of the reserve - it is Lake Dolgoye, whose mirror is small - but it reaches 57 metres deep! Locals call it Belarusian Baikal.

Fauna and flora of the Berezinsky Biosphere Reserve

The Berezinsky Reserve is the only place in Europe where a ”big five” live in natural conditions: a bison, a bear, an elk, a lynx and a wolf. As a joke, it is even called the bear's corner , because out of 300 bears left in the wild Belarusian nature, a good hundred live in the Berezinsky reserve. The second most dangerous predator of the Belarusian forests is the wolf. But there is no need to be afraid of it because on the genetic level these animals have fear of people who have been killing wolves for generations. This predator faces people only in two cases: it is either sick or protects its offspring.

The bisons are the patriarchs of forests. The Berezinsky Reserve is home to the wildest herd in Europe, which has about 30 heads. By the beginning of the century the situation with the bison was catastrophic. The last bison was shot in Belovezhskaya Pushcha in 1919. We had to cross-breed those bisons that had remained in zoos, add the blood of a buffalo  and thus a powerful animal weighing up to a ton was created.

Interesting to know: the famous Belarusian poet of the Great Duchy of Lithuania, Mikola Gussovsky, claimed that in his time there were such bisons, between whose horns three hunters could sit. A gift in the form of a leather belt made of bison's frontal skin fragments was considered particularly valuable.

Fortunately, the population of bison is not decreasing now. But if science doesn't take steps to rejuvenate the blood of the bison within 80 years, they can degenerate and disappear completely from the Earth.

It's hard to imagine, but there are places in the Berezinsky Reserve where no human has ever set foot. Its special feature is that even fallen trees cannot be cleaned up.  The death of one organism is the continuation of another's life. It is an ideal environment for the natural habitat of animals. The reserve is home to 234 bird species, 56 mammal species, 34 fish species and over 2000 plants. Among the bogs, there are mineral islands on which orchids grow. The Berezinsky Reserve is the only place on Earth where a representative of orchid family Ophrys insectifera (the fly orchid) grows in nature.

Scientists have also proved that it has the cleanest air in Belarus and it one of the cleanest in Europe. The air in the Berezinsky Reserve is considered to be the reference, in fact, the point of reference for determining air pollution. And this is one of the many reasons why you should visit the reserve - to breathe in crystal clear air.

To the Berezinsky Nature Reserve for an excursion!

35,000 people visit the Berezinsky Reserve during the year, one in four of whom is a foreigner (and that's if you don't count Russians as foreigners!). Tourists are delighted that it became possible to preserve this pristine corner of nature. Come and take your children with you. We guarantee that you will remember your trip to this unique part of Belarus for a long time.