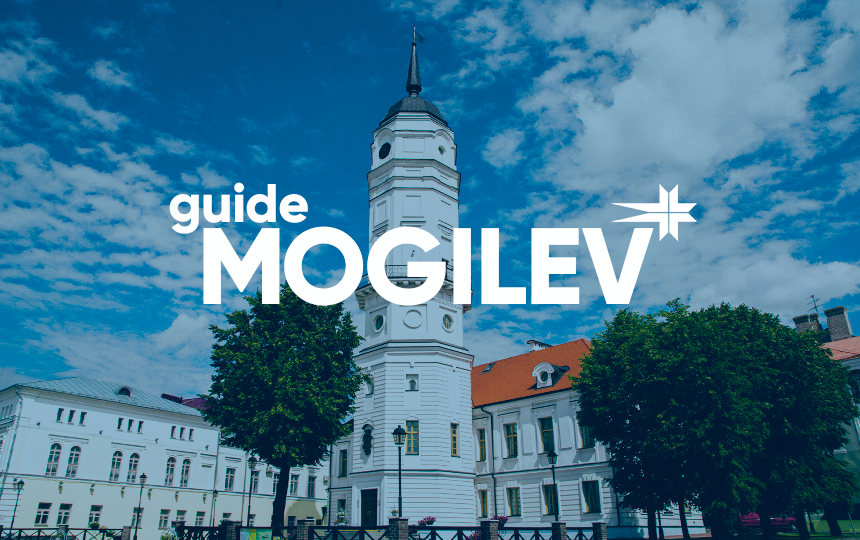 Mogilev info about the city in Belarus: location and visa, climate and history, lodging and sights, cafes and photos.

We would never have passed another regional center of Belarus: our articles already introduced you to Minsk, Brest, Grodno, Gomel and Vitebsk. Last but not least, Mogilev is opening its doors for you right now, and VETLIVA tells how to spend an unforgettable day in this city!

Welcome to the city of Mogilev

How do you get to Mogilev

383 313 people live on the territory of 120 km2, which Mogilev spread out in the open spaces of the eastern part of Belarus. Almost immediately outside the city the Russian Federation starts, and as for Mogilev itself it is the administrative center of the Mogilev region.

You can get to Mogilev in following ways:

Do you need visa for trip to Mogilev?

Absolutely not if you enter the country through the Minsk National Airport and want to spend no more than 30 days here: such a decree on visa-free regime was created in 2018.

Hint from VETLIVA: worry about prices? It is not worth it, because in Belarus rest is one of the cheapest of all that you have met. Our article on average prices for food, lodging, transportation and entertainment will help you to make sure of this.

Mogilev has a moderately cold climate. The city has a significant amount of rainfall during the year. The average air temperature in Mogilev in July is 18.1°С, and in January it is for -5.3°С. But do not be afraid of cool weather: in summer you will need an umbrella and a light windbreaker to enjoy your journey completely!

Advice from VETLIVA: classic travel — the summer period, but before choosing a month, take a look at our calendar of events for 2019. How about to combine your vacation with knightly tournaments or gastrofest?

The time of occurrence of Mogilev on the world map is considered to be the year 1267, as well as the beginning of the construction of the Mogilev castle, which was surrounded by houses and commercial areas from all sides.

Numerous wars repeatedly destroyed the city itself, but its fortress survived, and its few structures that have survived to this day are the main monuments of the old Mogilev. Over time, the city turned into a major trade and craft center with an effective system of fortifications. In the first half of the 13th century, probably during the raid, the Mongol-Tatars captured and burned Mogilev. This is confirmed by recent archaeological research. By the middle of the same century, the city was rebuilt and incorporated into the Grand Duchy of Lithuania.

Mogilev stood powerfully and bravely at the end of the 17th century: having repulsed more than one attack and survived many unsuccessful sieges, the glorious city was eventually defeated by a fire during the Northern War in 1708. The city became a significant place in the history of the First World War: it was here that the Headquarters of the Supreme Commander was located, and Nikolai II himself lived here.

By the time the Second World War began, a large number of Jews lived in Moglev (approximately 20% of the total population). In the city, the Mogilev ghetto appeared where local people were brought, and a monument of the “Buinichi field” has been erected in memory of the city defenders.

VETLIVA reminds: history needs to be known and respected, and studying the history of one particular city is the same thing as trying to see New York standing on Time Square. Therefore, learn more about the history of the whole of Belarus from our article!

Where to stay in Mogilev

We turn to the question that most worries tourists around the world (immediately after finding money for a trip and choosing a place) — lodging. In Mogilev, you have a wide selection of:

Where to eat in Mogilev

We figured out the accommodation, now it's time to think about an equally important moment in the tourist life: where is the tasty meal in Mogilev? Don’t worry! This wonderful city is ready to offer bars, cafes and restaurants for every taste and color: Belarusian cuisine for those who want to get acquainted with the national color through the stomach; European dishes for lovers of the classics; American burgers for a quick bite while exploring the sights; coffee shops for those who want to spend a couple of minutes in silence over a cup of fresh coffee.

Here is a small list of places we recommend to visit:

It's time to visit some places that interests every tourist the most: we present the coolest attractions of Mogilev!

Do not forget to get acquainted with the full list of attractions of Mogilev, to make your own list of the best places in the city!

VETLIVA recommends: love the classic travel option with excursions and tours? We have already collected the best offers for you!

How to spend the day in Mogilev: there will be tomorrow!

We have covered for you the absolute minimum of necessary information about Mogilev and added even more interesting facts, unusual sights and places for recreation. But is it always better to see once than hear a hundred times? Make it so that our efforts are not in vain!

Like this article, tell your friends about it, read our Blog and travel around Belarus with VETLIVA!